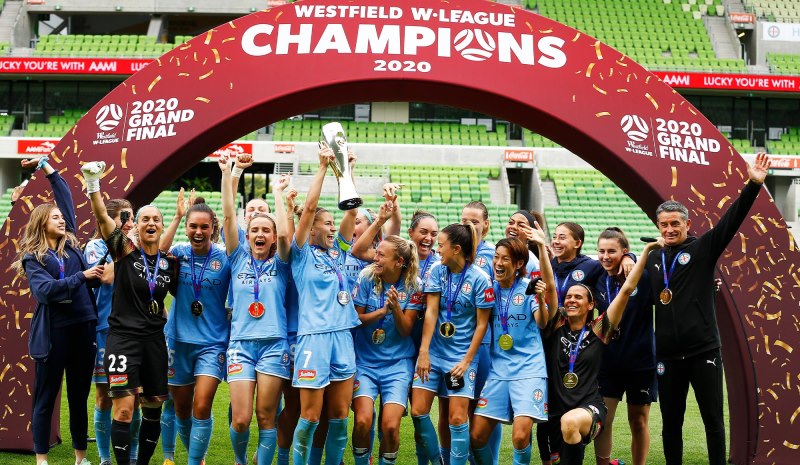 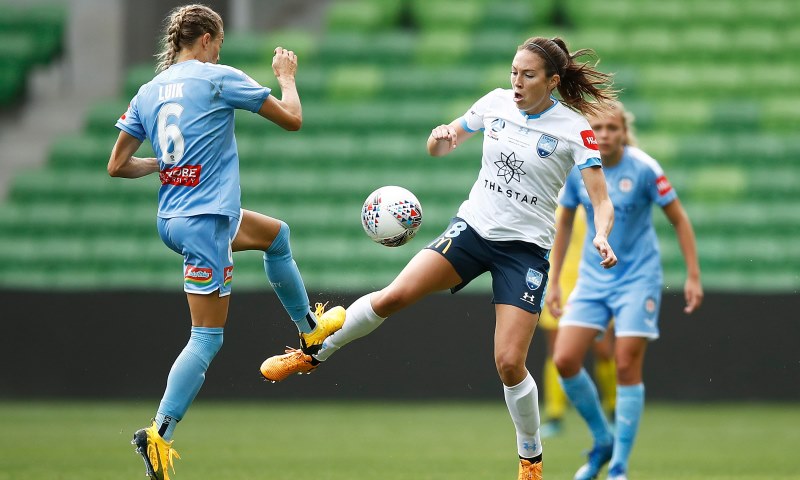 The undefeated Premiers capped a dominant season with a hard-fought win against the defending Champions, with the decisive moment arriving when the City captain’s left-wing effort was fumbled into her own net by Sky Blues keeper Aubrey Bledsoe with a quarter of an hour on the clock.

The American shot-stopper redeemed herself by blocking two Emily van Egmond shots before half-time but City’s rock-solid defensive line, who conceded only five goals in 14 matches all season, held firm to prevent the third-placed outfit from repeating history in a match played behind closed doors at AAMI Park due to the global COVID-19 pandemic.

Ante Juric’s team landed an upset Grand Final triumph on the road against Perth Glory in 2019 and they created problems for the favourites in the second half, with Veronica Latsko’s shot hacked off the goal-line by Ellie Carpenter – who excelled in defence and attack in a closely-contested affair.