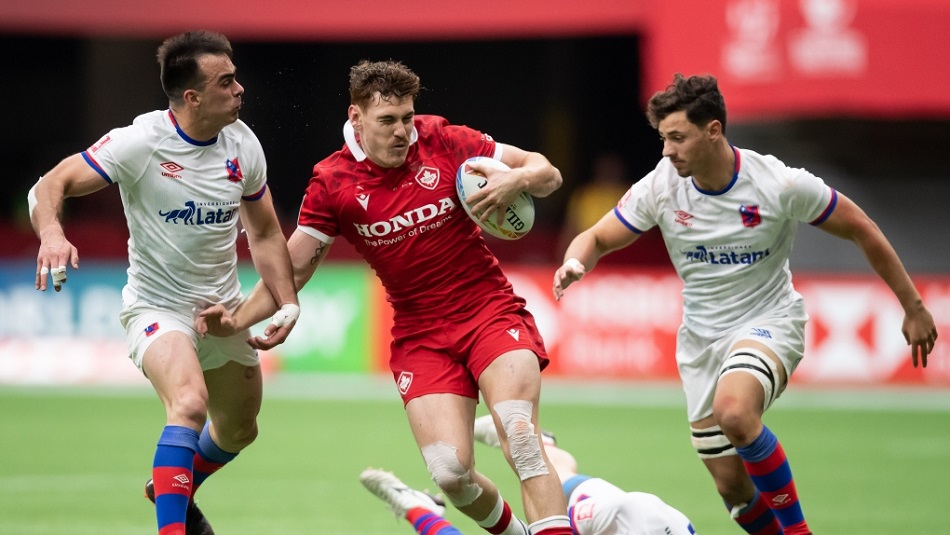 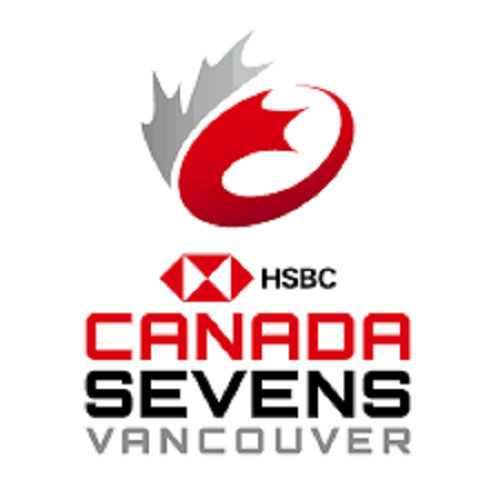 There were record HSBC World Rugby Sevens Series wins for Spain, Hong Kong and Germany who all finished third in their respective pools

The HSBC Canada Sevens men’s quarter-final line-up and the women’s Fast Four semi-finals were decided on a thrilling first day of action with a feel-good factor as the HSBC World Rugby Sevens Series returned to action in Vancouver.

An appreciative crowd inside BC Place watched on as 12 men’s teams and four women’s teams revelled in their return to the big stage.

South Africa, Ireland, USA, Kenya, Great Britain, Canada, Hong Kong and Spain have made it through to the men’s Cup quarter-finals.

South Africa are unbeaten as they look to win a second Vancouver title, while Angelo Davids became the fourth Blitzbok player in World Series history to score four tries in a match and the first in Canada. Davids’ haul came in a 53-0 win over Mexico while South Africa also recorded a 34-7 victory over Spain before overcoming Kenya 33-14 to top pool A with a perfect win record.

USA also managed a clean sweep of wins after defeating hosts Canada 29-19 in the final match of the day. USA had beaten Chile 33-5 in their first game and ran out 26-7 winners over Germany to ensure they top pool C.

Having won both of their opening games, Great Britain and Ireland had already qualified for the quarter-finals by the time they met in Pool B’s concluding fixture which ended in a 7-7 draw, with Ireland claiming top spot thanks to a points difference of +53 compared to Great Britain’s +45.

Meanwhile Great Britain were the dominant team on the opening day of the women’s Fast Four tournament with a hat-trick of victories. Great Britain, who narrowly missed out on a medal when finishing fourth at the Olympic Games in Tokyo, beat Mexico 39-0, USA 41-12 and hosts Canada 19-5 in their closest contest of the day.

All four teams could still lift the trophy on Sunday as the semi-final line up sees Great Britain face Mexico and USA take on Canada for a place in the final.

Pool B winners Ireland and the best third-place team, Hong Kong, have the honour of kicking off proceedings again on day two in the first of the Cup quarter-finals at 09:20 local time (GMT-7).

Ireland won their encounter 17-14 on Saturday but there won’t be any complacency from James Topping’s team as Hong Kong dug in and outscored them 7-5 in the second half.

Ireland have won just one of their five previous World Series quarter-finals, in London in 2018, while Hong Kong have never got to this stage before.

USA and Kenya are next up, at 09:42. In the quarter-final head-to-head between the teams, USA lead 3-1. USA lost all three Cup quarter-finals they played in last season but won all 10 the previous year. Meanwhile, Kenya’s only previous Cup quarter-final at BC Place came against England in 2018 when they won 12-0.

The third of the quarter-finals takes place at 10:04 and sees Great Britain come up against Canada, the team they beat 24-0 in the pool stages at the Tokyo Olympics. It will be Canada’s 50th series Cup quarter-final. Only 10 of the previous 49 have been wins, including their 21-0 victory against Spain in Vancouver last season.

In the fourth and final quarter-final at 10:26, Spain get another opportunity to break their duck against 2019 Vancouver champions South Africa. Ominously for them though, the Blitzboks have won all four quarter-finals they appeared in last season and have not lost at this stage of a tournament since London 2019.

Prior to the semi-finals, the ninth-place semi-finals will take place at 10:58 when Chile play Jamaica and 11:20 when Germany face Mexico.

In the women’s Fast Four tournament, Great Britain will take on Mexico in the first of the Cup semi-finals on Sunday, kick-off at 11:42, before the BC Place crowd is treated to a North American derby between pool stage runners-up USA and third-place Canada, with kick-off at 12:04 local time.

While Great Britain will be expected to get past Mexico, recent history suggests that there won’t be much between the teams in the second semi-final. On the World Series last season, USA won the first two meetings in Glendale and Dubai, while Canada took the spoils in the next two in Cape Town and Sydney.