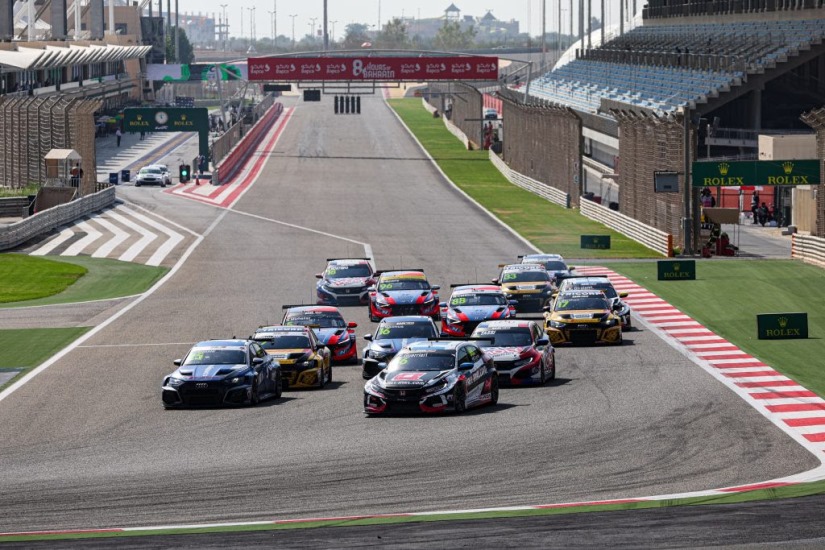 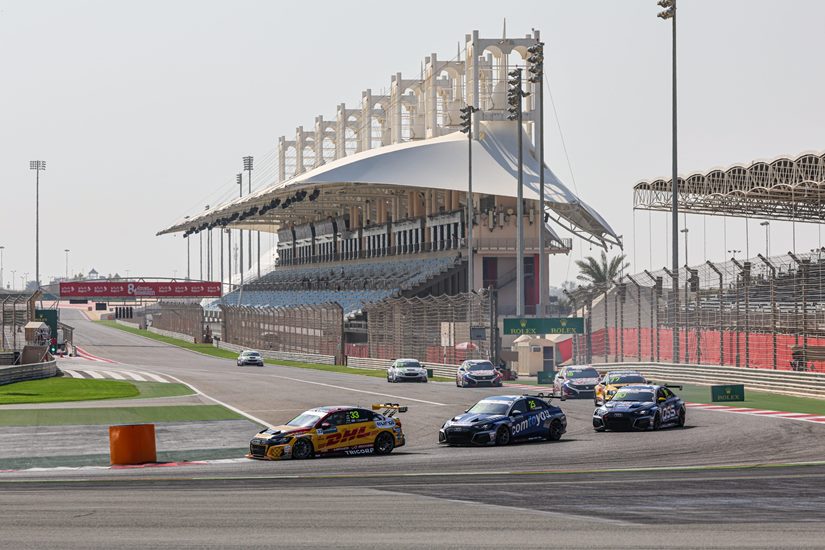 The BRC Hyundai N Squadra Corse driver climbed from seventh on the partially-reversed grid at the Bahrain International Circuit, made it through a frenetic first lap and overtook Guerrieri’s ALL-INKL.COM Münnich Motorsport Honda Civic Type R TCR to take the win.

Wildcard Nicky Catsburg scored a fine third place on his first weekend back in the WTCR since 2020, while crucially Goodyear #FollowTheLeader Mikel Azcona charged from P10 on the grid to be classified fourth. That leaves him with a healthy 60-point advantage over title rival Néstor Girolami with only 65 points still available from the final event, WTCR Race of Saudi Arabia, which takes place at the Jeddah Corniche Circuit from November 25-27.

Guerrieri made a flying start from the second row to take the lead in Turn 1 from pole position starter Mehdi Bennani, whose hopes of a podium were ruined at Turn 4 by his Comtoyou team-mate Gilles Magnus. The Belgian was late on the brakes and the two blue Audis collided, as Attila Tassi’s LIQUI MOLY Team Engstler Honda tapped the other front row starter Franco Girolami into a spin. Tassi then made further contact with the battered Audi of Bennani.

At the end of lap one Guerrieri led from a charging Michelisz. Catsburg had risen from sixth on the grid to run third, ahead of Nathanaël Berthon and Néstor Girolami, with Azcona already up to sixth.

Michelisz tracked Guerrieri and always looked faster. Sure enough, on lap five he made his move and easily passed the Honda into Turn 1 for what proved the decisive place change.

“It’s an amazing feeling,” said Michelisz. “I was a bit lucky after the start, there was some carnage. I managed to overtake some people there and I was just trying to find the right place to attack Esteban. My car was just brilliant again today, all weekend it was, so big credit to the team. Sometimes it looks easy from the outside but it was not easy today. Although it was a bit easier because of the equipment I had! It’s not been an easy season, but now I’m getting things together.”

“Congrats to Norbi, he did a very good job,” said Guerrieri. “To the Hyundai team as well, very good weekend. To my team also, we did all we could. Pretty happy. Obviously disappointed to lose the lead, but they had a better pace this weekend. He surprised me with a very good move, I was not very confident in the brakes. It’s been a while since I had a podium.”

Catsburg was delighted with his third place. “Man, it’s so hot in these cars,” he said. “Every time I come back in a WTCR car I realise it’s like a sauna in there. Very hot but super-happy to have a podium on my Wildcard event, so let’s hope for even better in Jeddah.”

Behind the top three Berthon headed Azcona on the road, but the Comtoyou DHL Team Audi Sport driver picked up a five-second penalty which left the points leader safe in the knowledge he had no need to make a move to be classified fourth. Berthon dropped to fifth ahead of team-mate Tom Coronel, who took WTCR Trophy honours.

Franco Girolami and Bennani recovered from their first lap troubles to finish seventh and eighth respectively. Bennani prevailed from an entertaining late duel with Néstor Girolami. The Honda driver defended brilliantly, but having slipped back from fifth on lap one he just didn’t have the pace to thwart the Audi, which got a better drive out of Turn 10 on the final lap. Girolami shook his head in the cockpit of his ALL-INKL.COM Münnich Motorsport entry after finishing ninth, in the knowledge his WTCR title hopes now hang by a thread.