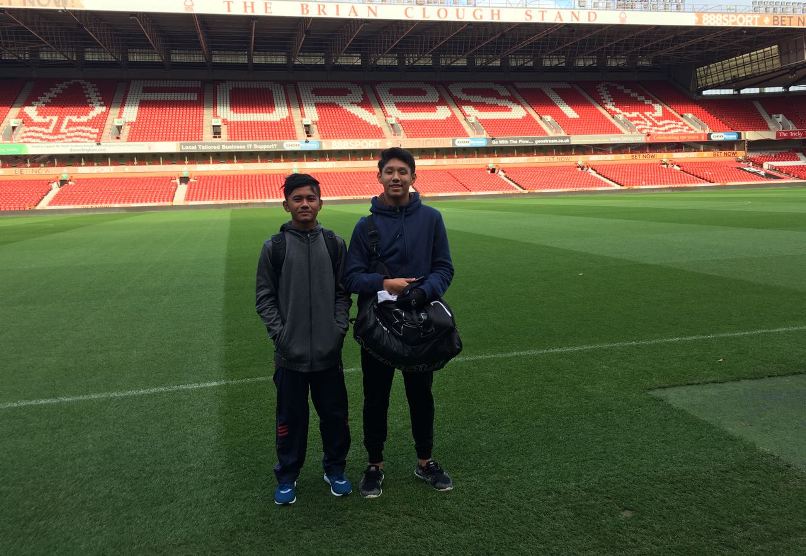 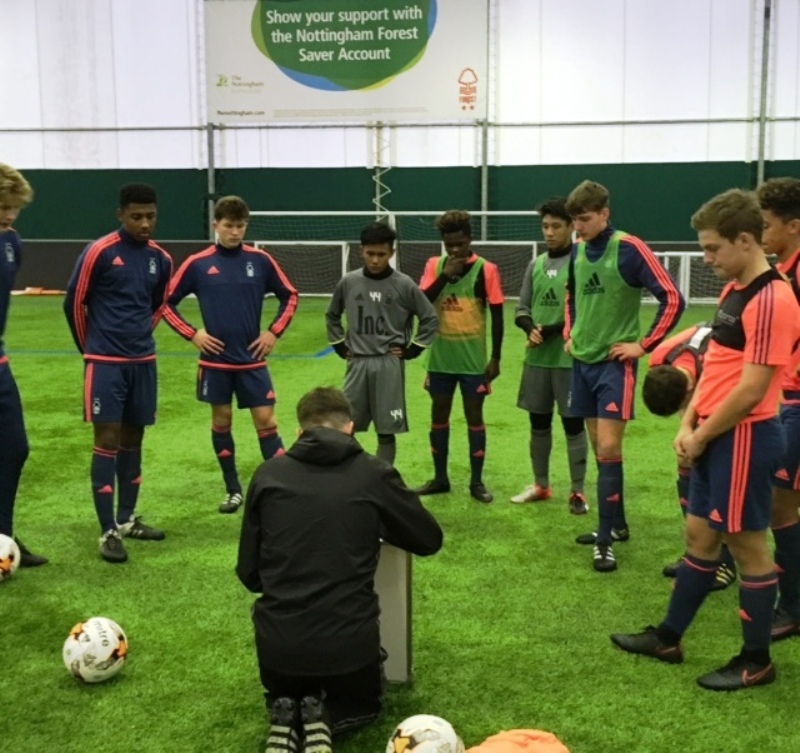 ‘Malaysian boys hold their own at Nottingham Forest trials’

The unprecedented Million Dollar Feet™ (MDF) programme reached its climax in the United Kingdom with the two selected winners undertaking a trial training session at the prestigious Nottingham Forest training facility in front of footballing scouts from across English Premier League and First Division.

Following on from the MDF Malaysian Grand Final, winners Adam Roshan (Kuala Lumpur) and Muhd Yusry (Sarawak) partook in a series of football drills and gameplay together with the Nottingham Forest under 16 team.

Within the premium Forest training complex and under cold conditions, both boys performed admirably during the two-hour session which included high-performance skill based challenges including passing, shooting, decision-making and match-play.

As part of MDF’s commitment to finding a footballing future for the boys, representatives from academies around the world (United Kingdom & United States) were also invited to witness their abilities and potential firsthand.

Kuala Lumpur winner, Adam commented “It was a combination of nerves and excitement and I can only hope I made an impression in front of the coaches and scouts. It has been an unbelievable experience and something I will carry forward in my aspirations towards becoming a top footballer.”

Sarawak winner, Yusry was of similar thought adding, “It’s been a long journey from Malaysia and the cold weather is something we have not experienced before. I am happy with the way I performed and hope for an opportunity in the future.”

Million Dollar Feet™ Head Coach and Liverpool legend, Steve McMahon was equally excited for the boys adding, “The talent levels in the UK and Nottingham Forest are top quality and I thought that the lads didn’t look out of place at all – they did very well!”

Million Dollar Feet™ Founder & Director of Football, Peter de Kretser added, “It’s been an unbelievable opportunity for Adam and Yusri and they together with their family and friends can be extremely proud of their performance. We do hope the boys are successful in their aspirations of achieving their footballing dreams as we wait for feedback from the scouts and academies that were in attendance.”

The next stage of the journey involves an ongoing dialogue between the MDF committee and the invited scouts and academies. The first round of discussions were held directly after the trial session and are set to continue with an announcement of the results slated for early January 2017.

Prior to the trials, Adam & Yusri together with their family were provided with an opportunity to tour the Nottingham Forest stadium, a team rich in footballing pedigree having won the Champions League twice under legendary coach Brian Clough. The Million Dollar Feet™ programme concluded with a visit to Liverpool’s home ground Anfield, where the winners got the chance to watch a LIVE Premier League match.

Million Dollar Feet™ is presented by Brickfields Asia College, and sponsored by New Balance, Kenny Rogers ROASTERS and 100-Plus in support of EduNation.