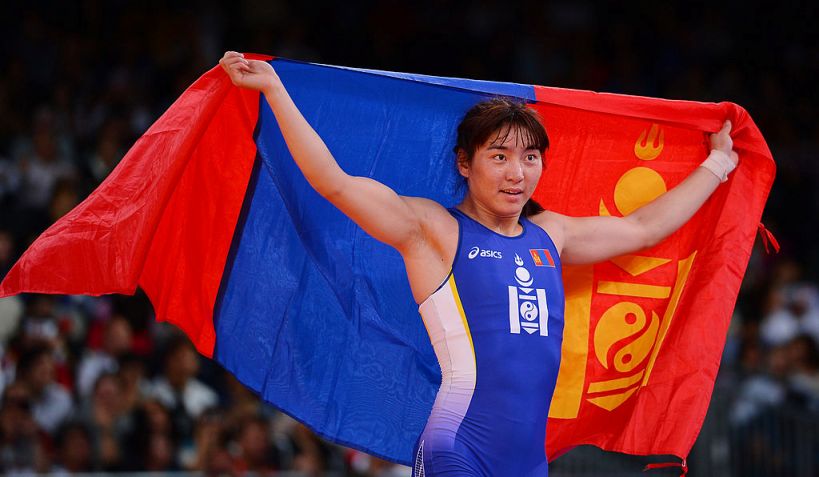 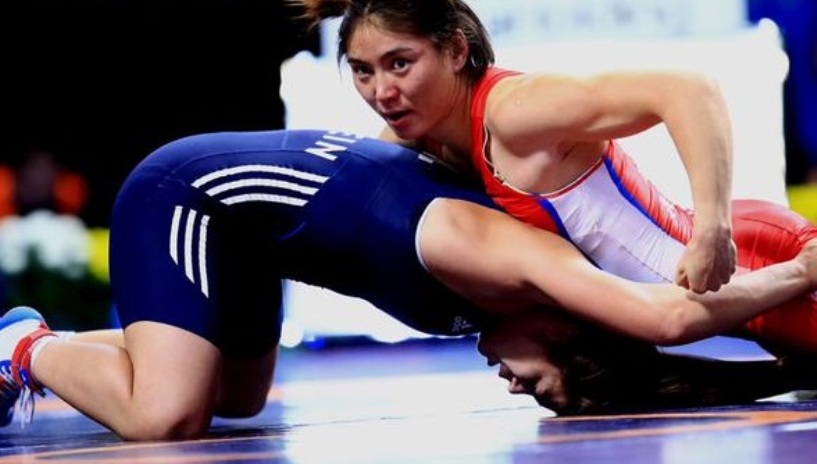 Mongolia’s freestyle women wrestlers hope to take gold in Rio. But they are forbidden from participating in their country’s own traditional grappling festivals.

Women can compete in only two of the three “manly games” at the nomadic country’s annual naadam celebrations — archery and horse-riding — and are barred from testing their takedowns against men.

Wrestling is a national obsession in the country, and the contests’ winners are feted as heroes, often winning big corporate sponsorships and even turning their hip throws into political careers.

“It is easier for men to be a wrestler in Mongolia. Women have to be mentally tougher. No one is surprised when guys fight with each other,” said 26-year-old Olympian Soronzonboldyn Battsetseg, a child of nomads who grew up wrestling boys on the country’s grassy steppes.

Her life was transformed when she won the 63kg bronze at London 2012 — the country’s first Olympic wrestling medal since 1980.

Now her smile graces billboards in Ulan Bator. “When I go home, people treat me like I’m the president,” the soft-spoken athlete told AFP. “Everybody recognises me.”

Mongolian wrestling has no weight classes, and competitors win by throwing their opponent to the ground, rather than pinning them as in the Olympic version.

But even with two world championship golds and a silver under her belt, Battsetseg does not believe women will ever be allowed to compete in naadam.

“I don’t expect it,” she said, adding that she was more focused on defeating her opponents in Rio than grappling with Mongolia’s traditional culture.

Battsetseg first saw women wrestling on TV in a hospital where she was recovering from a childhood operation. She immediately knew it was what she wanted to do.

“The women were so strong and beautiful,” she said, sitting on the grass at the women’s Olympic training facility in Bayanchandmani, an hour’s drive from Ulan Bator’s distractions and bad air.

Every Mongolian child knows the story of Khutulun, the 13th century princess who refused to marry any man who could not defeat her in combat. Her story was brought to the West by the Italian explorer Marco Polo and later became the inspiration for the Puccini opera Turandot.

Since that time, women have been banned from traditional Mongolian wrestling events, where participants wear a revealing, open-chested uniform said to be meant to keep women from sneaking into the contests.

But even with a historical precedent, female grapplers faced strong opposition in the sport‘s early years.

“Compared to when the sport started in Mongolia, it’s much more accepted today,” said Tumendembereliin Sukhbaatar, one of the training centre’s coaches — who are all male. “The women don’t face the same hardships.”

When he started training Mongolian women in freestyle wrestling in 2000, he could not find a gym that would accept his students: “The men thought that the mat is a holy place and that woman should not be allowed because they are impure,” he said.

But, he was undeterred. “My younger sister used to beat me up all the time, so I understood the potential for women’s wrestling in Mongolia,” he said with a laugh.

A double 48kg world championship silver medallist himself, Sukhbaatar sold his apartment to finance his first students’ careers, using the money to take them to international competitions.

Things started to change in 2004, when women’s wrestling made its Olympic debut in Athens, and the following year Tsogtbazaryn Enkhjargal won a 48kg bronze at the world championships in Budapest, making her a national heroine.

“Nowadays, the situation is way better than when I started,” she told AFP.

“Many people said women must not wrestle, and opposed me. But, my talent pushed me to wrestle and I thought that I can be successful. I didn’t think about stopping… even once.”

When Sukhbaatar sold his apartment, people called him a fool, he said. Now they praise him as a visionary: “If you’re a wrestler, you have a lifetime ticket,” he laughed.’

With only three million people, Mongolia is an unlikely power in any sporting discipline.

But one thing the programme is still missing is women trainers, Enkhjargal said.

“We desperately need female coaches who are able to understand women’s physical and mental conditions,” she said.

The team are used to being surrounded by men. At the training centre they test their skills against male competitors on a daily basis, and say they all grew up beating their brothers at traditional Mongolian wrestling.

That might be the real reason men do not want them in naadam, Battsetseg’s team-mate Purevdorjiin Orkhon hinted: “We might beat them.” – Agence France-Presse