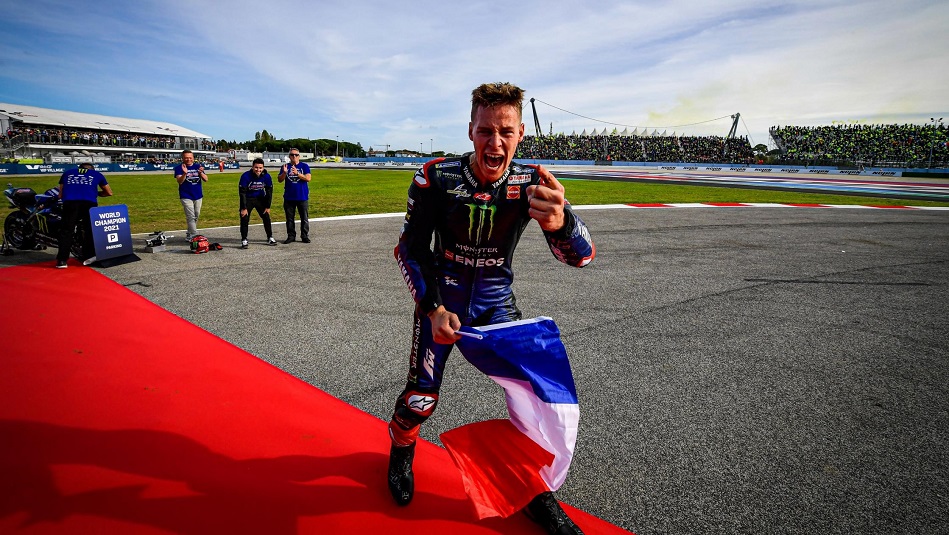 The TT Circuit Assen is rich with history, and now a new tradition has begun in honour of the riders who have won the famous race

Ahead of this weekend’s Motul TT Assen, Fabio Quartararo (Monster Energy Yamaha MotoGP™) was on hand at a special ceremony to help unveil the City of Assen’s new Walk of Fame. The walk, located in the city centre, will eventually feature large bronze plaques bearing the names of each of the riders who have taken victory in the Assen TT since it began way back in 1925.

The first two plaques to have been laid are for Quartararo, who won last year’s race, and Piet van Wijngaarden, who won in 1925 and also 1926.

From its beginnings as a long street circuit, to the shorter but no less incredible track that exists today, there is no doubt Assen is a special part of the MotoGP™ calendar. In fact, it is the oldest event in the World Championship, having been part of the very first season in 1949.

Eventually, the names of all of the riders who have triumphed in the Assen TT will be featured in bronze in what will form a walking route through the city. For now, two are located at the intersection of Kerkstraat and Torenlaan, and Quartararo was touched by the honour.

“That’s pretty cool,” said the 2021 World Champion. “I mean, it’s quite big. I saw before coming some pictures on social media, but I didn’t expect it to be that big. It was super nice and I was impressed by this plate. It will be a great memory and of course, it is a big pleasure because as a rider, to win in Assen is something big, something that for me means a lot and it’s only the first one. So, I hope I can win many more.” – www.motogp.com