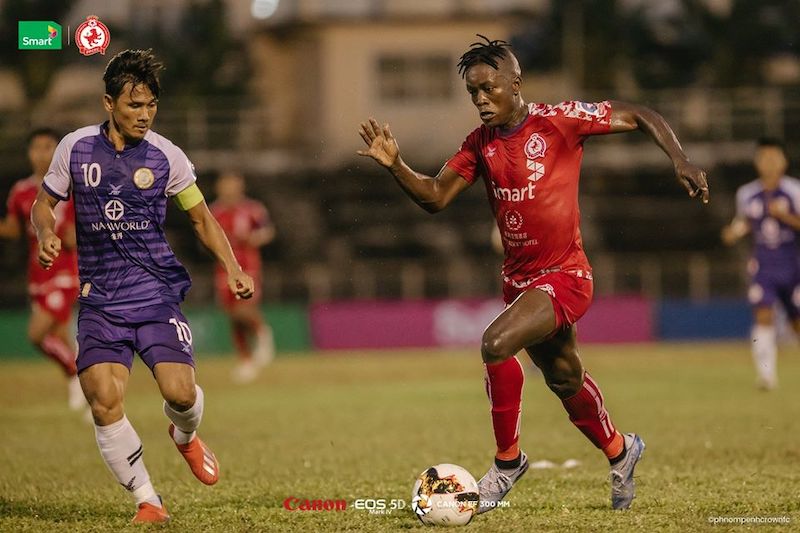 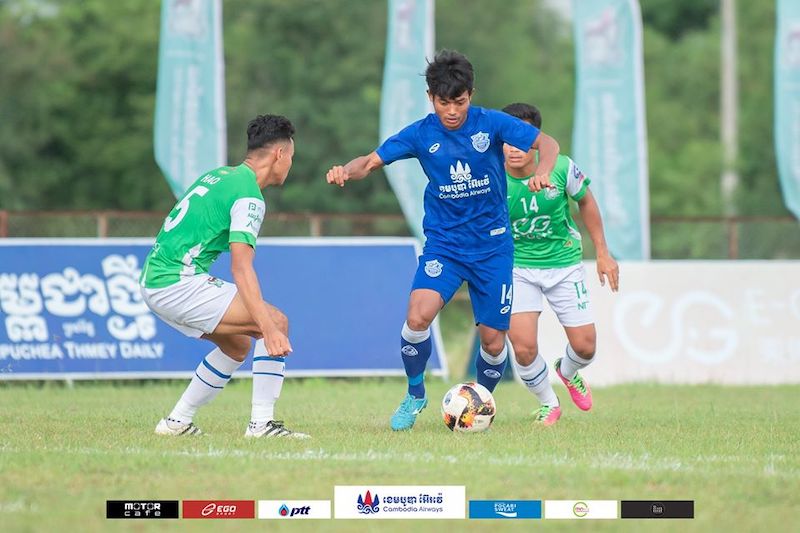 Former champions Nagaworld and Phnom Penh Crown FC failed to close the gap at the top of the Metfone Cambodia League 2020 when they could only pick up a point each on the weekend.

A 1-1 draw at the Army Stadium saw Phnom Penh staying put on second with 15 points as Naga slipped down from fourth to sixth with 12 points.

But Naga have a game in hand as compared to both Phnom Penh Crown and league leaders Preah Khan Reach Svay Rieng who have both played seven games each.

At the Army Stadium, it was Okereke Chimerie who gave the visiting Phnom Penh Crown side the lead inside of the very first minute of play before Marcio de Oliveira Marques then drew level for Naga ten minutes to the end.

The draw was certainly disappointing for both Naga and Phnom Penh in the wake of another strong performance from leaders Preah Khan Reach Svay Rieng, who this week smashed Asia Euro United (AEU) 7-1.

It was a follow up from their 10-0 win over Bati Youth the previous weekend.

And this week, they had to fight back from a goal down when Abbee Ndjoo struck home a ninth minute penalty.

Phallin Hoy’s equalizer just before the break gave Svay Rieng just the tonic they needed as they then stepped up the pace to slam in six goals through Marie Privat (50th and 78th minute penalty), Pich Rovinyothin (52nd minute own goal), Pedro Augusto (56th and 68th), Visal Soeuy (72nd).

Ndjoo then replied with AEU’s second goal nine minutes to the end. 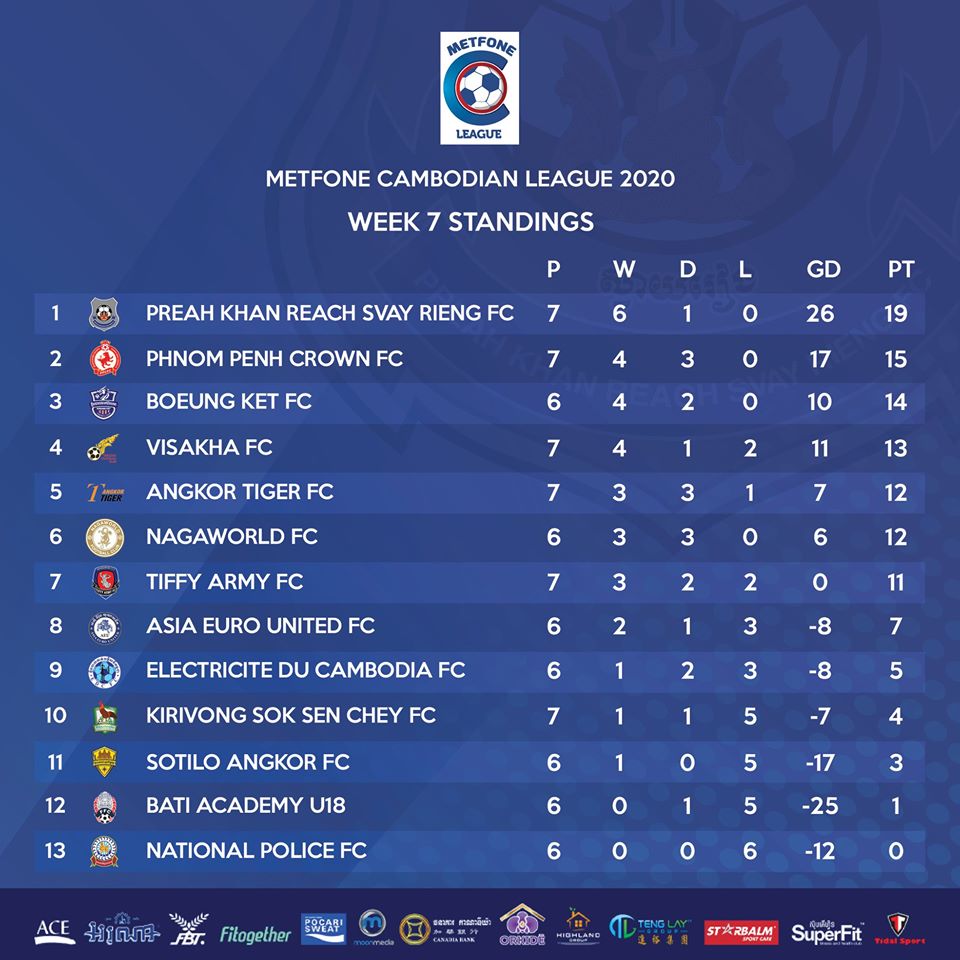