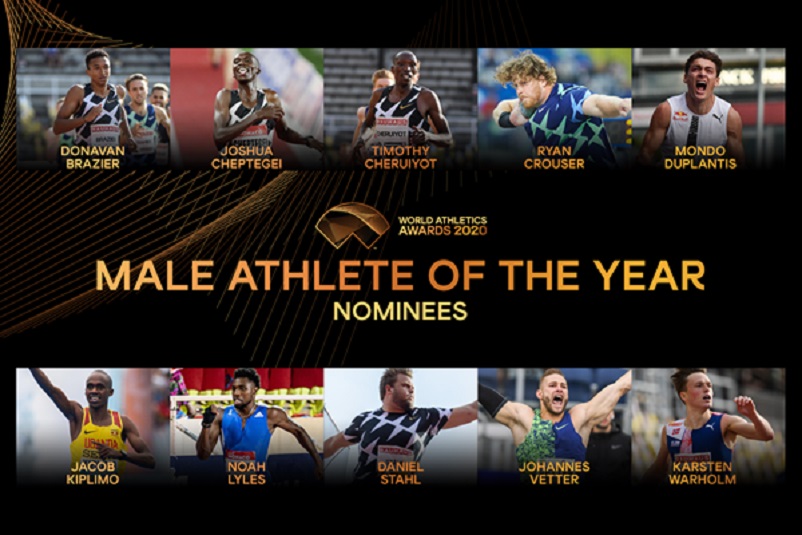 This week marks the opening of the voting process for the 2020 World Athletes of the Year ahead of the World Athletics Awards 2020 to be held virtually on Saturday 5 December.

World Athletics is pleased to confirm a list of 10 nominees for Male World Athlete of the Year who were selected by an international panel of athletics experts, comprising representatives from all six continental areas of World Athletics.

The nominations reflect the remarkable range of exceptional performances that the sport has witnessed this year, despite the challenges that the global Covid-19 pandemic presented.

The nominees for 2020 Male World Athlete of the Year are (in alphabetical order):

Mondo Duplantis, Sweden
– broke the world record in the pole vault twice (6.17m and 6.18m) and produced the highest outdoor vault of all time (6.15m)
– undefeated in 16 competitions

A three-way voting process will determine the finalists.

Voting for the World Athletes of the Year closes at midnight on Sunday 15 November. At the conclusion of the voting process, five men and five women finalists will be announced by World Athletics.