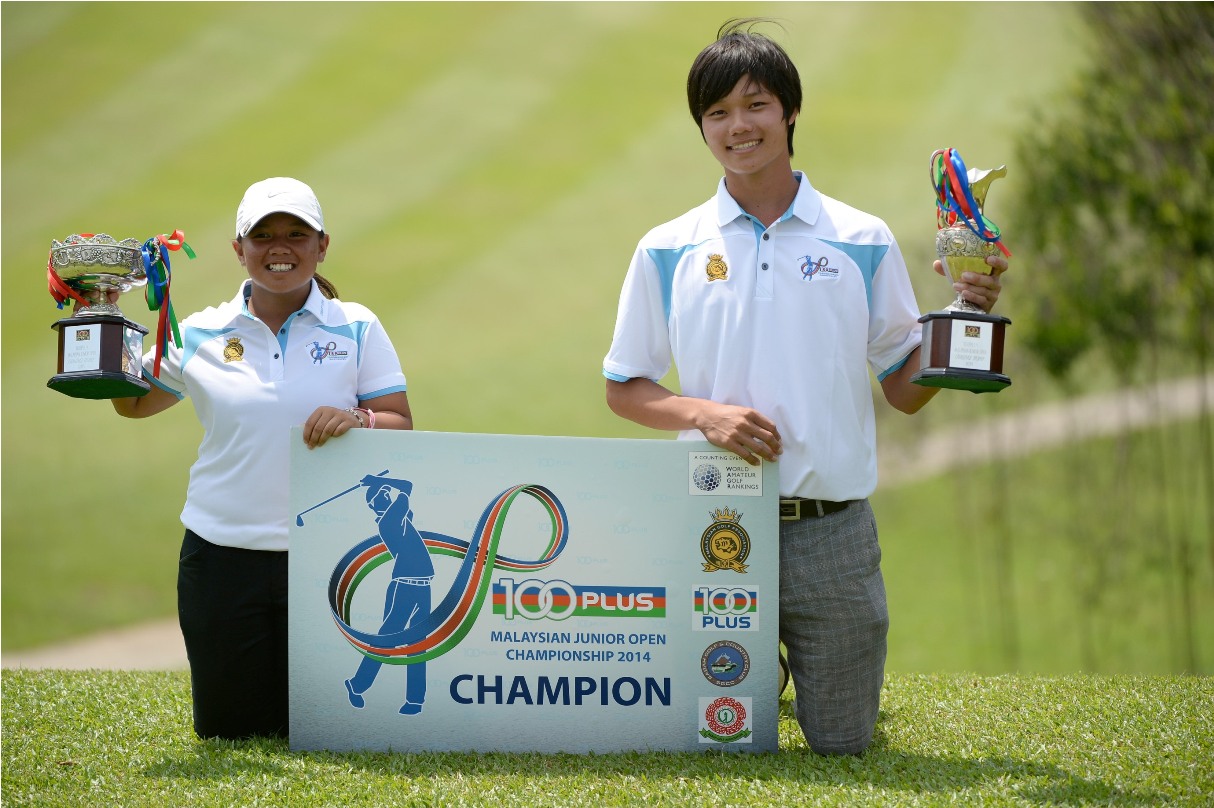 The Sabah-based Sang-ho virtually sealed his success on the first day after a sizzling five-under 67 to open up a six-shot lead. He followed up with 74 on the second day and finished off with a par 72 today for a three-day total of 213 strokes. Despite a splendid comeback from Malaysia’s Solomon Emilio Rosidin, who recorded the lowest scores over the last two days, it was just not enough to catch the leader.

Solomon, who shot a 73 yesterday and 70 today, had to settle for second with his three-day score of 221 strokes. Thailand’s Eekarat Leksuwan, with his scores of 73, 74 and 74, was also joint second.

Another Malaysian who brought cheer to the locals was Johor’s Daeng Abdul Rahman, who fired a third consecutive 75 to settle for third place overall with 225 strokes. The Sekolah Sultan Ismail student from Johor Bahru also won the Under-14 category.

Meanwhile, Sang-ho, a resident of ‘beautiful’ Sabah for the last eight years, was jubilant with his success which he feels is his first major step towards achieving his dream of becoming a professional golfer. “I want to be a professional golfer. I must admit that playing and training on this course helped me.”

For his victory today, the Seri Insan International School student was given a surprise “ice bucket bath” by his friends as soon as he came out of the tournament room after handing over his scorecard. The cold bath in no way dampened his spirits as he vowed to continue doing his best in future events.

He was also pleased that he would pick up some points as the 100PLUS Malaysian Junior Open is a World Amateur ranking points event.

“I am lost for words. It is simply fantastic to win my first international title on my ‘home’ course. I will remember the 100PLUS Malaysia Junior Open for the rest of my life,” said a jubilant Sang-ho, who called his father Park Woon Jin in Korea to break the good news. “The first thing I did was to inform my father of the good news.”

The Korean had three birdies today on the fourth, fifth and 16th holes against a bogey and a double bogey on the 18th. “I had six-stroke lead going into the final round but I was still nervous as I know anything can happen in golf and you can simply blow up. There was pressure but I kept my cool.

“When I birdied the par-four 16th I thought the title was almost mine…and it was mine in the end.”

Meanwhile, Harmie Constantino of the Philippines made heads turn with her remarkable performance throughout the three days. She’s 13-years old and standing at only 4ft 10, Harmie may have been small in physique but she was big at heart and was not bothered by her older and more experienced rivals.

She was the only one not to not play over. She opened with a 71 and followed it up with scores of 72 and 70 for a three-day total of 213 strokes. She finished 19-strokes ahead of second-placed Suthavee Chanachai of Thailand, Chang Yi Chia of Taiwan and compatriot Samantha Martirez who all finished tied at 227.

“This is my first big win although I had won some other tournaments. I am glad I was picked to compete in the 100PLUS Malaysia Junior Open. I will definitely comeback next year to defend my title. It is a highly competitive tournament and I loved the challenge,” said Harmie.