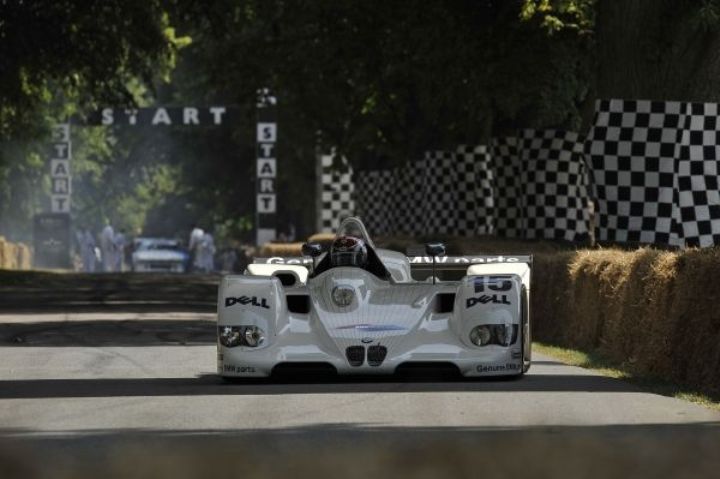 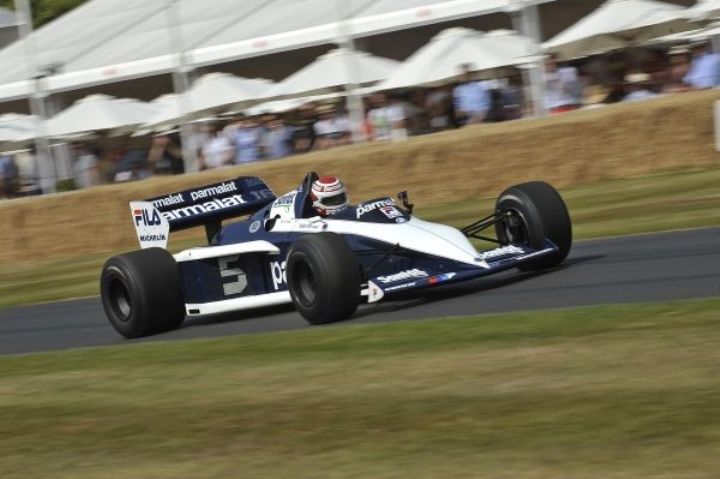 BMW Group Classic is recalling the most spectacular racing successes in the company’s 100-year history. A large range of victorious vehicles and famous drivers is being presented at the Goodwood Festival of Speed 2016 in the south-east of England.

The incomparable flair of Mille Miglia, Formula 1, Tourist Trophy, Targa Floria, the German Touring Championship (DTM) and the 24 Hours of Le Mans is once more being brought to life on the estate of Lord March from 23 to 26 June 2016. An array of historic vehicles bearing the white-and-blue logo is being reunited with competitors of yesteryear.

The special role being played by the company at the Festival of Speed during this centenary year will be highlighted in a number of ways, and the BMW Group will present the sculpture that is traditionally unveiled in front of Goodwood House to launch the event.

BMW is also being feted as the “Honoured Marque” at this year’s Festival of Speed. Dr Ian Robertson, Member of the Board of Management of BMW AG, is therefore joining forces with Lord March to open the weekend of racing with a drive in a BMW 507 from the year 1957. The hillclimbs that form the centrepiece of the weekend will also be marking an anniversary.

They are commemorating a private hillclimb undertaken by the grandfather of today’s host exactly 80 years ago. This race started the tradition of motor sport in the parkland of Goodwood House. Since 1993, the climb has annually been the stage for presenting legendary automobiles and motorcycles from the different eras of motor-sport history. These vehicles still fill the eyes and ears of the spectators with lastingly impressive power, dynamic performance and fascination.

A reunion with the victor of the Mille Miglia, the Formula 1 World Champion, and endurance and touring-car champions

This year once again, vehicles from different manufacturers, teams and racing outfits are participating in the Parade of Champions. They are being driven by a large number of famous and successful drivers and riders. Some of them are still competing whereas others have retired from active driving. The roll of honour from BMW Group Classic comprises 13 motor-sport legends on four wheels and five classics on two wheels.

They are led by the BMW 328 Mille Miglia Touring Coupé, which drove to overall victory at the Mille Miglia in 1940 with a new record time. The Brabham BMW BT52 also occupies a place of honour in the collection of BMW Group Classic. In 1983, this was the first vehicle in the history of Formula 1 to take the World Championship Title with the assistance of a turbocharged engine.

Three years ago, the racing car was fully restored to full campaign condition and Italian driver Riccardo Patrese will take the wheel at Goodwood. This car was part of the Brabham BMW Team in 1983 and became the runner-up Formula 1 World Champion in 1992.

In 1999, Frenchman Yannick Dalmas was a member of the trio of drivers who drove the BMW V12 LMR to victory in the 24 Hours of Le Mans. Once again, he will be taking the wheel of this sports car at the Festival of Speed in 2016. Dalmas will also be renewing his acquaintance with the McLaren F1 GTR.

This is similarly powered by a BMW twelve-cylinder engine and he triumphed with this vehicle at Le Mans in 1995. British driver Steve Soper will be behind the wheel of this vehicle at Goodwood. He drove a BMW to victory at the 24 Hour Race in Spa-Francorchamps in 1992 and 1995.

Two Italians are also lining up at the start of the hillclimb. In 2005, they won the Italian Touring Car Championship driving a BMW 320i as driver and team taskmaster: one-time Formula 1 driver Alessandro Zanardi and Roberto Ravaglia. Today, Zanardi is a BMW works driver and a brand ambassador.

He will drive the BMW Z4 GT3, which has been specially adapted to meet the needs of the double leg amputee. Last year, he competed with this car in the 24 Hour Race at Spa-Francorchamps. In 1987, Ravaglia drove a BMW M3 to victory in the first World Touring Car Championship and this was followed by a string of other successes for vehicles of the brand, including the German Touring Car Championship in 1989.

At Goodwood this year, he is driving a BMW M3 DTM from the 2012 season. This car saw BMW celebrating a perfect comeback with overall victories in the drivers’, team and constructors’ championships.

The history of motor-sport successes earned by BMW on two wheels stretches from the 1920s to the present day. At the Festival of Speed 2016, BMW Group Classic will be looking back at early record-breaking rides with supercharged motorcycles, the series of successes in motorcycle sidecar racing, and victories in the Tourist Trophy.

In 1976, Helmut Dähne won the production TT on the Isle of Man riding a BMW R 90 S. 40 years later, he will be riding a machine of the same type in the hillclimb at Goodwood. Australian Troy Corser has recently been ranked as one of the most successful riders of all time. The two-time Superbike World Champion is presenting a BMW S 1000 RR from the year 2014 at the Festival of Speed. He played a major role in the development of this motorcycle.

Attractions powered by BMW: from the Klemm L25, through Art Cars, to the BMW 2002 Hommage

In the initial years, the company was defined as a producer of aircraft engines. The five-cylinder radial engine made by BMW is reminiscent of that era. It was powered by the Klemm L25 aircraft built in 1927. This machine is on show in front of Goodwood House. Two models from the unique, world-famous BMW Art Cars Collection are also being presented.

The BMW 2002 Hommage is a design miracle and provides a fantastic representation of dynamic performance for all to admire. A few weeks ago, this automobile celebrated its world premiere at the Concorso d’Eleganza Villa d’Este in Northern Italy. The study transfers the character and an array of design attributes epitomising the BMW 2002 turbo to a modern sports-car concept.

Its historic counterpart created a sensation when it was launched as the most powerful version of the BMW 02 Series 50 years ago. The BMW 2002 continues the tradition and epitomises a concentrated form of the concept of The Ultimate Driving Machine that is typical of the brand. Consequently, the 2002 Hommage is the youngest vehicle to put its sporting potential to the test in this tough hillclimb.