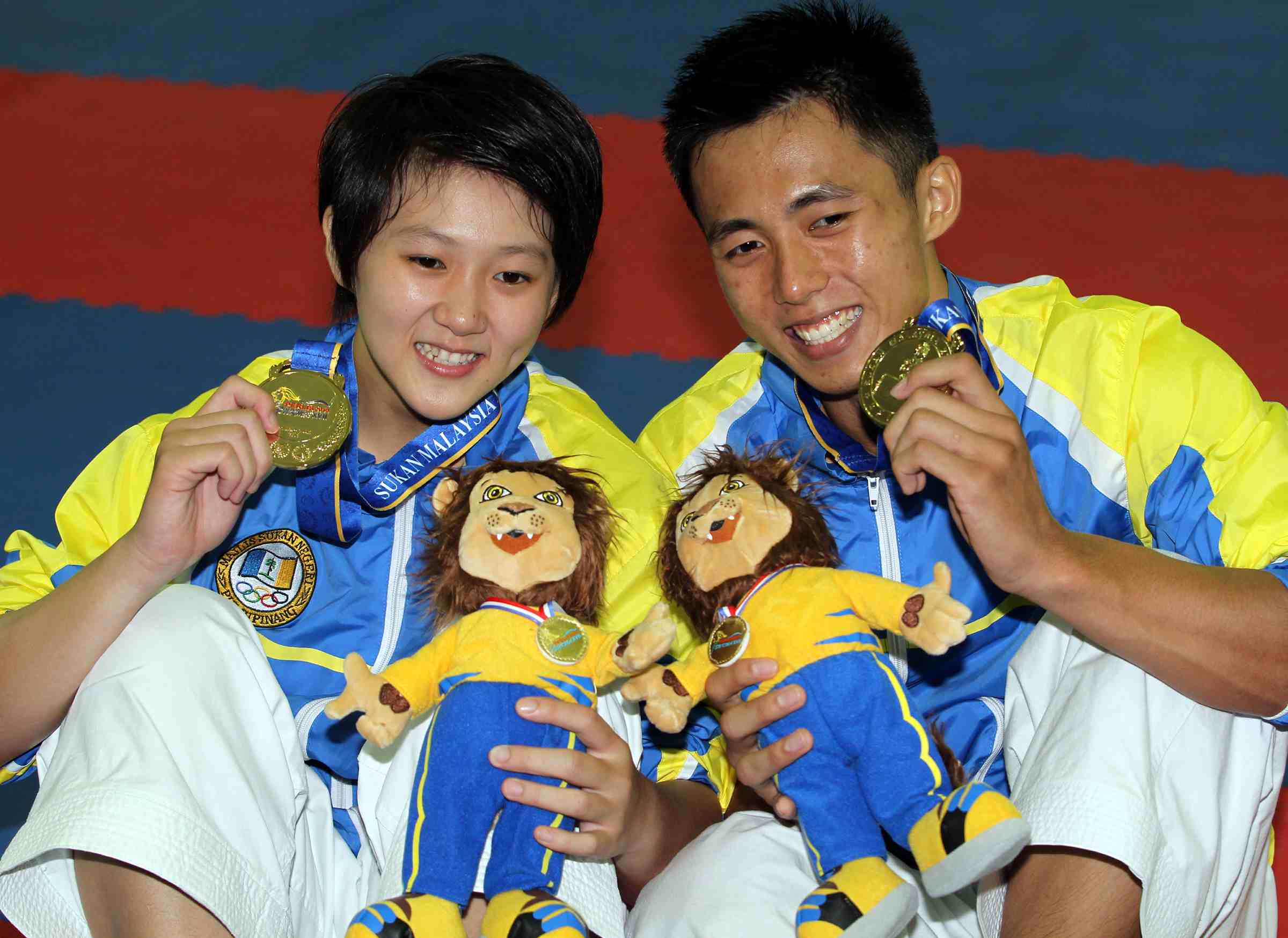 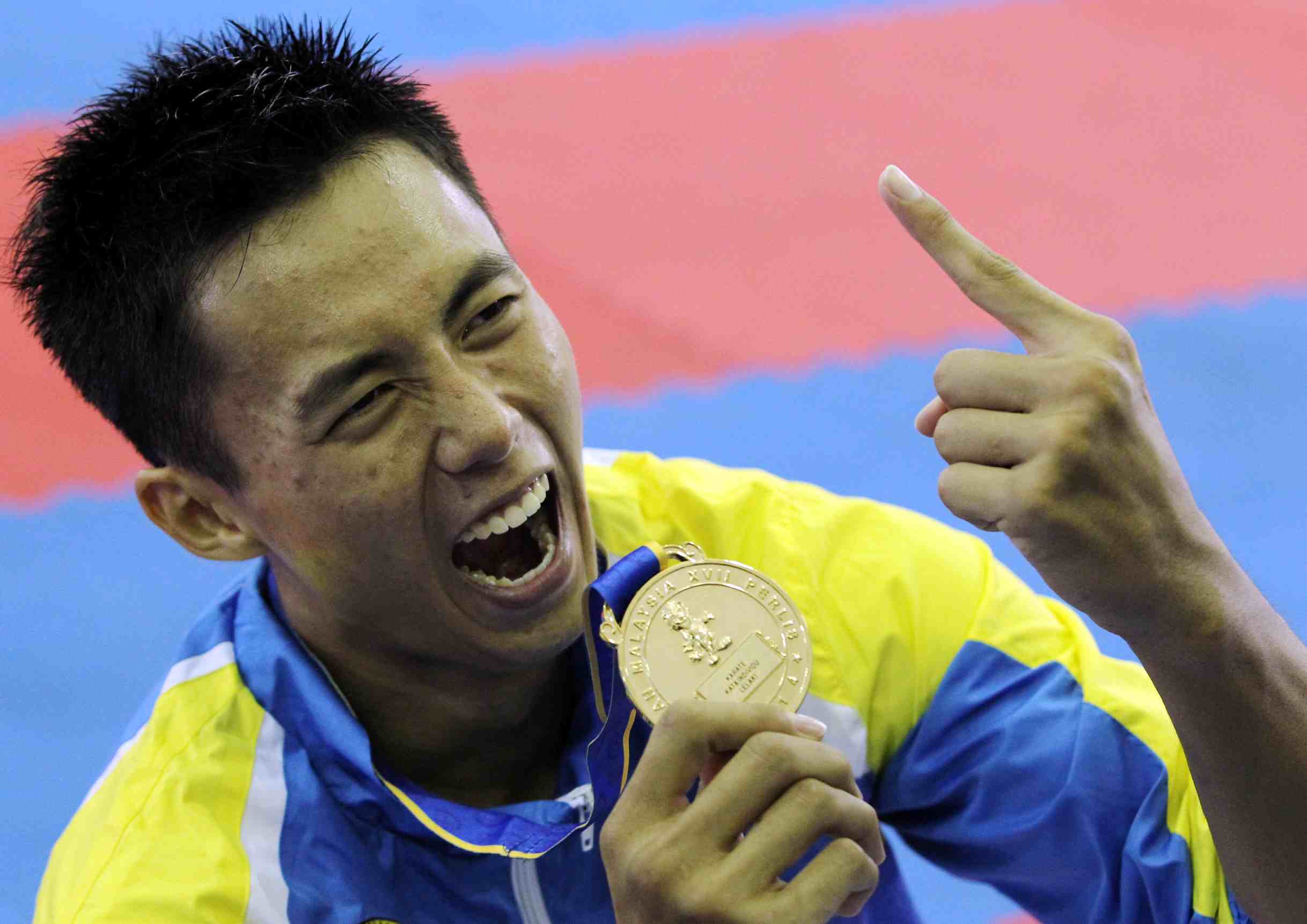 It was double joy for Penang exponent Thomson Hoe when he not only won the first gold medal in the 17th edition of the Malaysia Games (Sukma) when he beat Johor’s Chun Jet Sun 5-0 in the men’s individual kata – but also won his first gold in the Games.

The 21-year-old full time athlete with the Penang Sports Council would not have ended his career in the biennial games on a glittering note after managing only a bronze in Pahang in 2012.

“Now I want to take my sport to a higher level and look at representing the country at SEA Games and Asian and so on,” said jubilant Thomson.

While the Penang camp was still celebrating Thomson’s success, Celine Lee Xin Yi stepped on to the court and gave a flawless display to take the women’s individual kata gold medal.

Again at the losing end was an exponent from Johor but the 5-0 scoreline in favour of Celine against Lim Sin Yi did not go down well with the Johor camp.

Johor team manager Wrickrama Suria and said: “We are disappointed with the score. Sin Yi was gold medal target and she did much better than the scoreline suggests.”

Celine was delighted with her first individual Sukma gold medal after competing twice in the Games and won the team gold in Pahang in 2012.

The 20-year-old Celine also won the bronze at the Islamic Solidarity and the Myanmar SEA Games last year.

In the women’s individual kumite final Negeri Sembilan’s K. Vinoodinee celebrated her gold medal with a family who had turned up at the Dewan Kolej Matrikulasi Perlis to give her moral support.

Vinoodinee, however, was given a tough fight by Sabah’s gold hope Nurhazerah Abdul Malek before winning 3-2.

“This gold medal is a belated ‘Mother’s Day’ present to my mum (K. Anusooya). She has been an inspiration to my (karate) career,” said a jubilant Vinoodinee, who won the gold in the Asia Pacific Championships in Jakarta in 2010.

Vinoodinee is now hoping that she will get a national call up because this year’s Sukma will be used to pick the national squad. 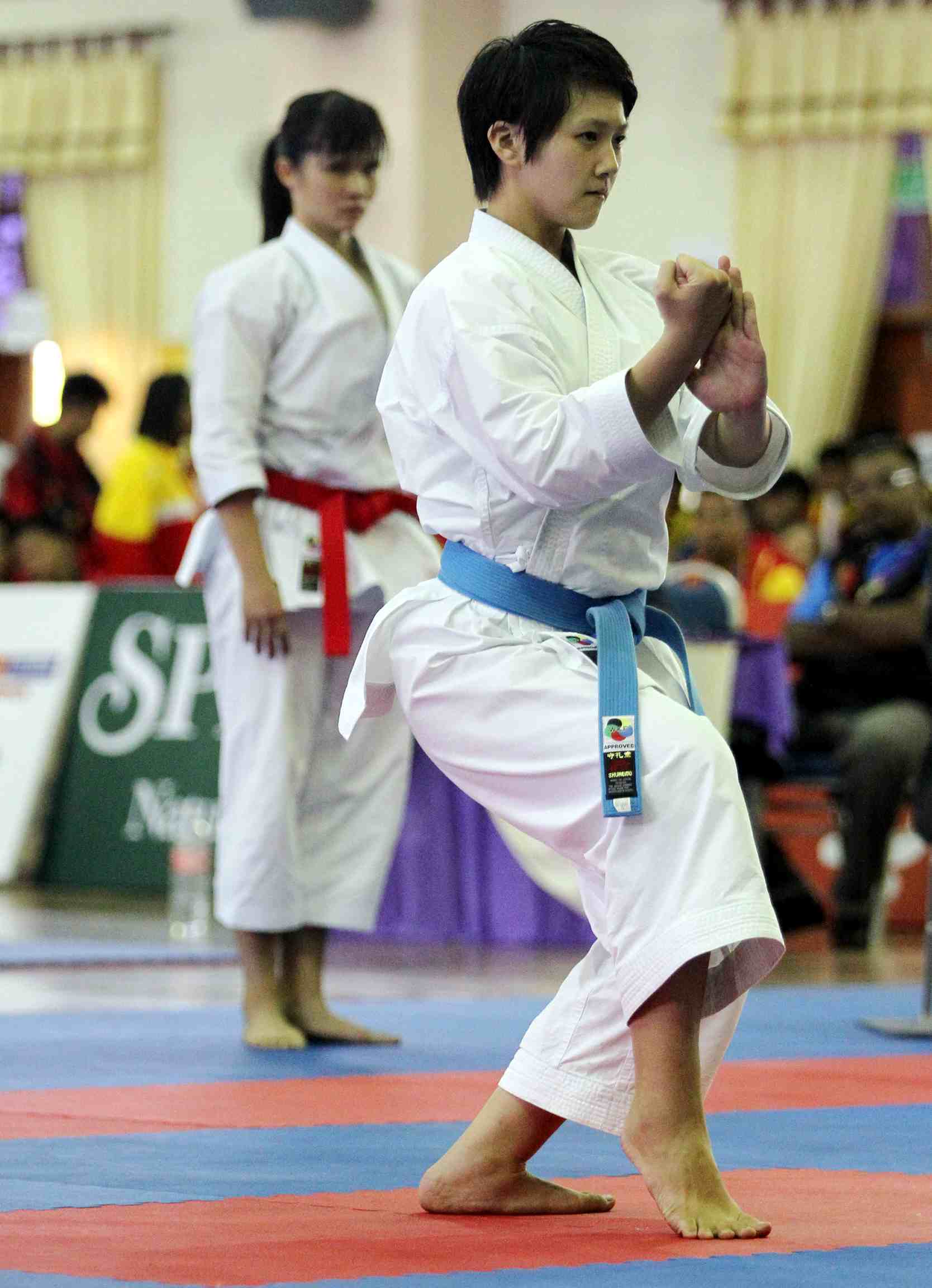 Tarquini: When you have a fantastic car, you can attack in...