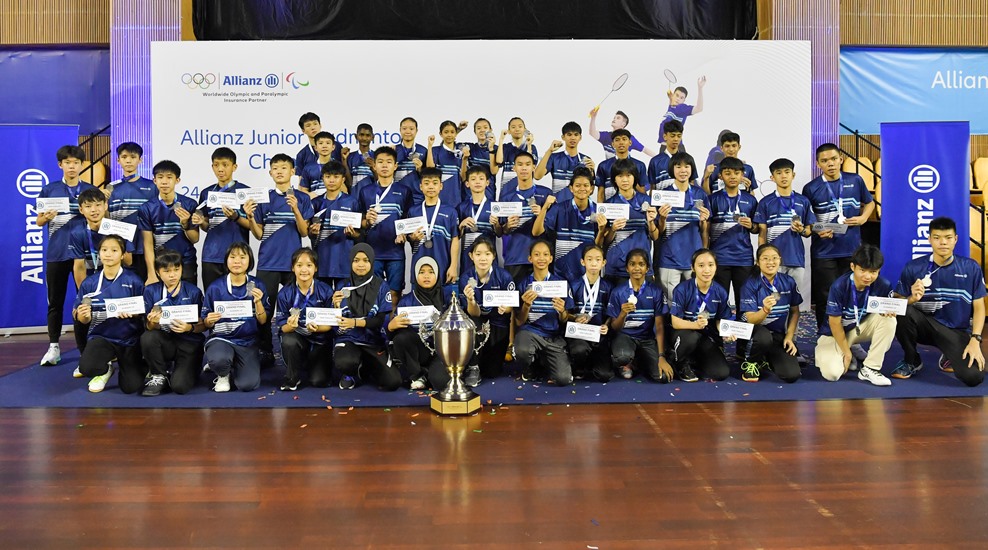 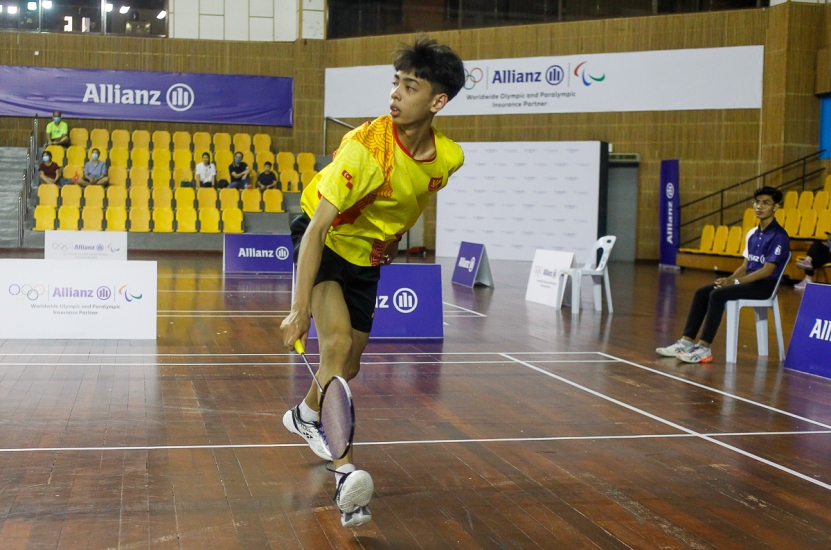 A replacement in the singles event of the Grand Finals following the last minute withdrawal of a few players, the SMK Taman Jasmin student in Kajang continued his winning ways to carve a 21-14, 21-13 victory over Kuala Lumpur’s Wong Jia Lun in the Boys Uner-15 singles final.

For the record, Razeeq lost in the semifinals stage of the singles event at the AJBC Qualifying Round 6 in Port Dickson, Negeri Sembilan. Only champions and runners-up qualify for the Grand Finals.

“My next competition is the Selangor Closed next month. I hope to perform well for a successful ending this season,” he said. 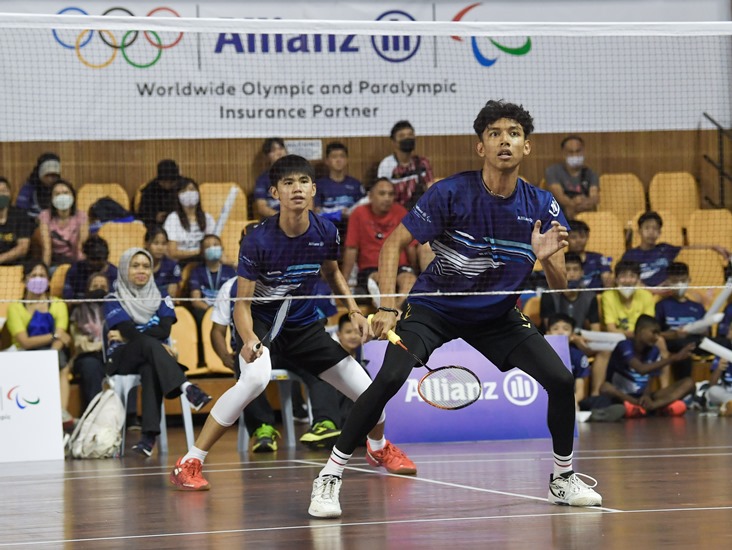 Loh Chee Kiat and Muhammad Amzar Hakimi Akbar buried their earlier misfortunes in Kemaman, Terengganu with a successful journey in the Boys Under-15 doubles final.

“This win is sweet for us,” said Amzar. “The pressure was so enormous in the third set and I am glad we made it through as champions. We achieved our goal after a heart-breaking performance in Kemaman,” added Amzar.

Chee Kiat and Amzar were forced to give a walkover to Muhammad Airel Hazim-Zulfadhly Iman in the final of the AJBC Qualifying Round 3 in Kemaman after Chee Kiat suffered severe leg cramps during the Boys Under-15 singles final.

“Even in our group matches here we had tough opponents but prevailed. Kevin and Yu Hang are strong players and we kept our composure till the very end,” he added. For their effort, Chee Kiat and Amzar took home the winning purse of RM1,000 and a gold medallion.

Muhammad Ilham Ikhwan Zulkifli from Terengganu and Khashah Khairul Azlan of Kelantan are known for their strong rivalry in the Boys Under-13 singles match and this competitiveness continued.

Ilham, who hails from Kuala Terengganu, defeated National Schools Championships 2022 (MSSM) champion Khashah 21-19, 18-21, 21-18 in the final.  This is Ilham’s second win over Khashah in the AJBC. The first was in the Qualifying Round 3 final in Kemaman.

“I played my best to win and I am happy with this victory. Khashah is one of the top players in the Under-13 category in the country and it is never easy,” said Ilham.

A heartbroken Khashah said: ‘I failed once again. I am upset with the defeat. Hopefully, when I play him next time I will win.”

Lee Weng Yan and Teh Xin Ying threw caution to the wind to clinch the Girls’ Under-15 doubles title.

They continued their cracking performance with a flurry of smashes to rattle Nurin and Rachel en route to a 21-13, 20-22, 22-20 victory.

“I got nervous each time they fought back to close the gap,” said Weng Yan.” I closed my eyes and want to cry when we won the last point. The pressure was so great. One mistake and we would have lost the match.”

The pair punched the air in delight before going over to hug their coaches to celebrate their major victory.

“The AJBC has been kind to me,” said Zi Yu. “I won in Port Dickon and now the Grand Finals. I am truly excited.”

The 12-year-old Mirza from Temerloh, Pahang has an unbeaten record of five consecutive wins in the Grand Finals preliminary round leading to the final and is a strong contender for the title.