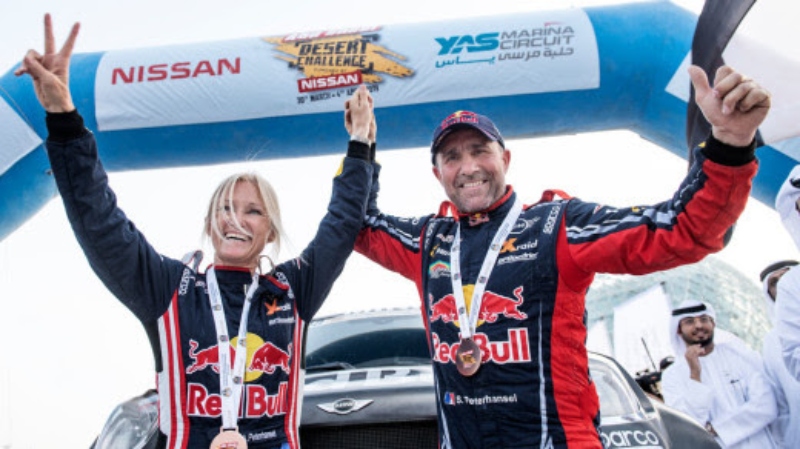 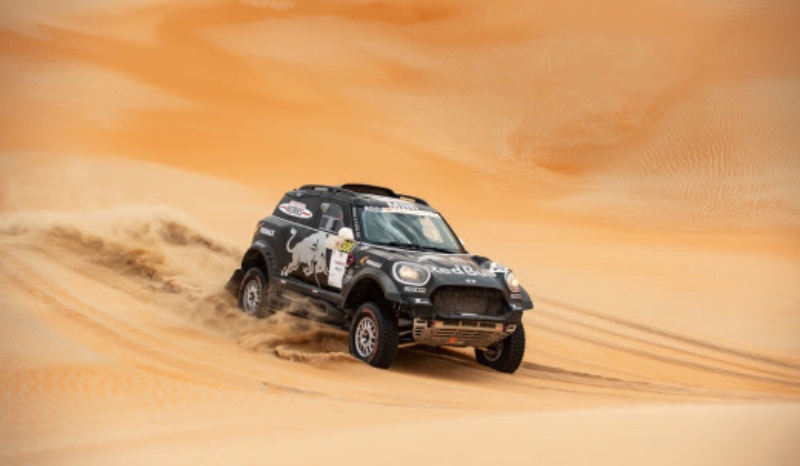 – It paid off handsomely as they led through the 500km mark in the car category over the dunes, then held off the Peugeot of UAE’s Khalid Al Qassimi in the second half of the rally to win by just under nine minutes.

– Thirteen-time Dakar Rally champion Stéphane explained: “When we took the lead, we thought that we should try and keep it. We never got stuck in the dunes and we had no technical problems. It’s a great feeling because this is the first time we won in a real racing car together.”

– Andrea, 51, added: “I was unwell before the race so the idea was to just see how we go. As each day passed I was able to get more and more confident. It was a tough race – we had sandstorms that affected visibility. I always knew Stéphane was a great driver, but to be in the car and see how he reacts to different situations was really something. We’re so happy to share this victory.”

– Briton Sunderland, 29, said: “I’m really happy with the job that was done by the team and my own performance. It’s a great start to the World Championship.”

– Benavides, 23, revealed: “It’s been an incredible day for me. I knew I had to push a lot to make the second place. The bike was feeling good so I went on the attack. The team got a one-two finish so this is really good.”

– Two stage wins out of five helped Fahad Al Musallam (KUW) to victory in the quad contest as he dug deep to hold off former Dakar champion Rafal Sonik (POL).