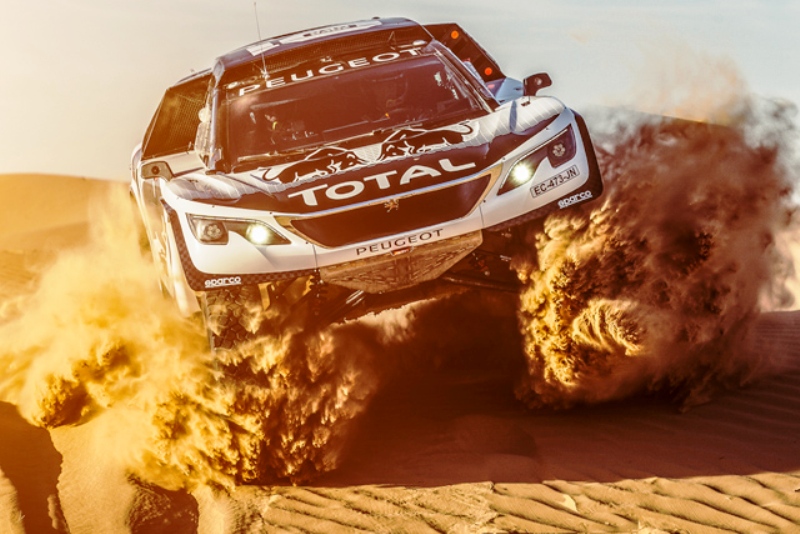 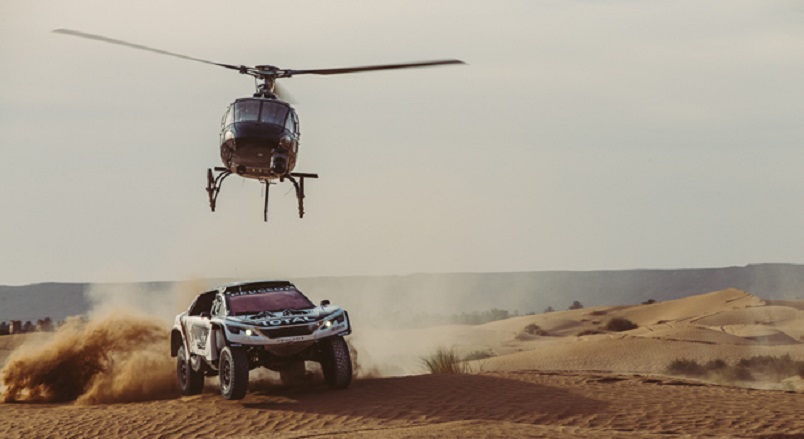 After two testing sessions, the recently announced PEUGEOT 3008 DKR is ready for its first competitive outing – with Team Peugeot Total – at the Rallye du Maroc (October 2nd to 7th, 2016).

The recently announced PEUGEOT 3008 DKR, with which the French team will defend its 2016 Dakar victory in the colours of partners Total, Red Bull, BFGoodrich and Sparco, is ready for its first competitive outing at the Rallye du Maroc in the hands of Carlos SAINZ and Lucas CRUZ: part of Peugeot’s ‘dream team’ – with 18 Dakar wins among the drivers.

The African rally, traditionally considered to be a warm-up for the Dakar, is about to start with a prologue warm-up stage on Sunday October 2.

For Peugeot, the mission on the Rallye du Maroc will be to validate the final test programme of the new racing car, which benefits from a number of improvements compared to its Dakar and Silk Way Rally-winning predecessor.

All four Peugeot drivers were closely involved in the PEUGEOT 3008 DKR’s development programme, covering approximately 5000 kilometres during the two test sessions to date. These test sessions have allowed the drivers to refine the technical developments in real conditions through the rough and challenging conditions of Moroccan heat and sandy dunes, whilst optimising each driver’s personal set-up.

Erfoud, in Morocco, and Spain, have been chosen as Peugeot’s test bases in recent years as it contains a bit of everything, featuring conditions that will be generally similar to those seen on the Dakar in just over three months’ time.

The two PEUGEOT 3008 DKR tests that have taken place so far, to confirm the work of Peugeot’s engineers, have gone very well – but nothing replaces the heat of real competition.

Peugeot’s test work on the 3008 DKR to date has concentrated on refining the aerodynamic package, with the car having a different shape this year, suspension development to enhance the Peugeot’s go-anywhere ability, improving the engine’s torque – which will be particularly useful when it comes to tackling the dunes – and trying out the air conditioning: vital for extracting the maximum human performance from the ‘dream team’.

Tested and approved by the Dream Team

“We’ve been improving a number of details for the PEUGEOT 3008 DKR such as suspension and engine drivability: all these things add up to make a difference, ” explained Carlos SAINZ (with co-driver Lucas CRUZ). “It’s not as big a change as we had last year, with a totally new car. We’ve had a couple of tests in Spain and Morocco and now we have the rally, so we’ve got a very good plan to arrive in the best possible way. It’s going to be really busy from now until the end of the year. Morocco is a very important event, as it’s where we can check that the car is in the best possible condition to start the Dakar.”

Cyril DESPRES  – driving this year’s PEUGEOT 2008 DKR in Morocco – has already racked up five Dakar wins on a bike, but after two Dakar participations in a car, he turned a real corner over the summer by winning the Silk Way Rally with co-driver David CASTERA, from Moscow to Beijing: a grueling event that’s even longer than the epic Dakar.

“I don’t want to give away all the secrets of the new car, but there’s been a lot of work behind the scenes, starting from when we finished the Dakar back in January, ” he said. “I can feel a lot of improvement in the stability and suspension, and we’ve also worked a lot on reliability. The Dakar is one of the toughest races in the world, so you need a car that just keeps going. And the same is true for the drivers, so I’m going to be concentrating a lot on my physical preparation. For now though I’m really looking forward to Morocco: it’s a great rally and I can’t wait to get going.”

Stéphane PETERHANSEL – the most successful driver in the history of the Dakar – has also formed a vital part of the development campaign with co-driver Jean Paul COTTRET. He commented: “I was delighted to claim my 12th Dakar victory with Peugeot this year, and clearly the objective is to try and do this again: although maybe the strongest competition will again come from within! I’m very happy with the way that the test programme has gone so far, and of course we will all be following Carlos and Cyril’s progress with huge interest.”

One of the biggest stars of this year’s Dakar was nine-time World Rally Champion Sebastien LOEB (with co-driver Daniel ELENA), who won more stages than anyone else and led throughout the first week. He has carried out testing duties alongside his rallycross programme with Peugeot this year, and his varied experience of a number of different disciplines has been a real boost to Peugeot in developing the latest model.

Loeb added: “I obviously still have a lot to learn about Cross Country and the Dakar, as this year was only my first attempt at it. But I already completed a lot of testing in Morocco last year, as well as competing on the rally, so I am beginning to get a feel for this sort of terrain. It’s on the sand dune stages that I feel I can improve most, so I have been concentrating a lot on this area.”

The Rallye du Maroc consists of five stages covering over 1885 kilometres in total. The administrative checks and technical scrutineerings will take place in Agadir on October 1st. The 7-kilometre Prologue warm-up stage, on

Sunday October 2nd in Agadir, will define the starting order for the first stage.

Stage 2 – October 4th: Marathon stage, a total of 554 kilometres ‘from ocean to dunes’.