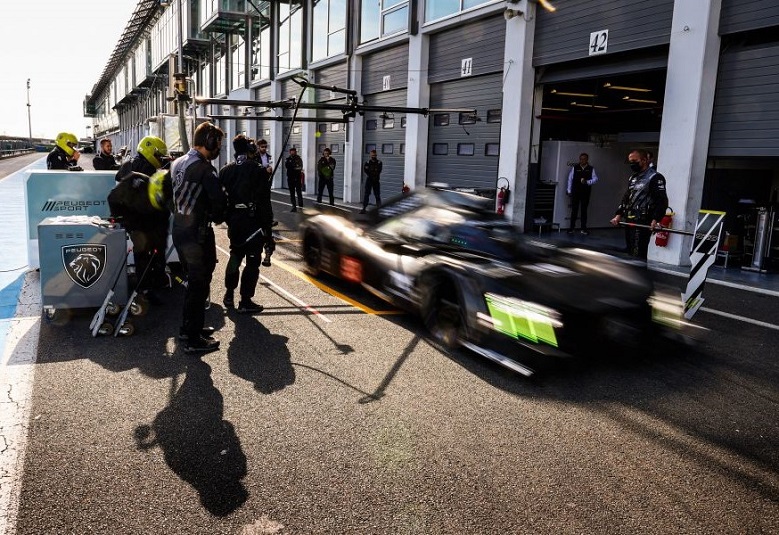 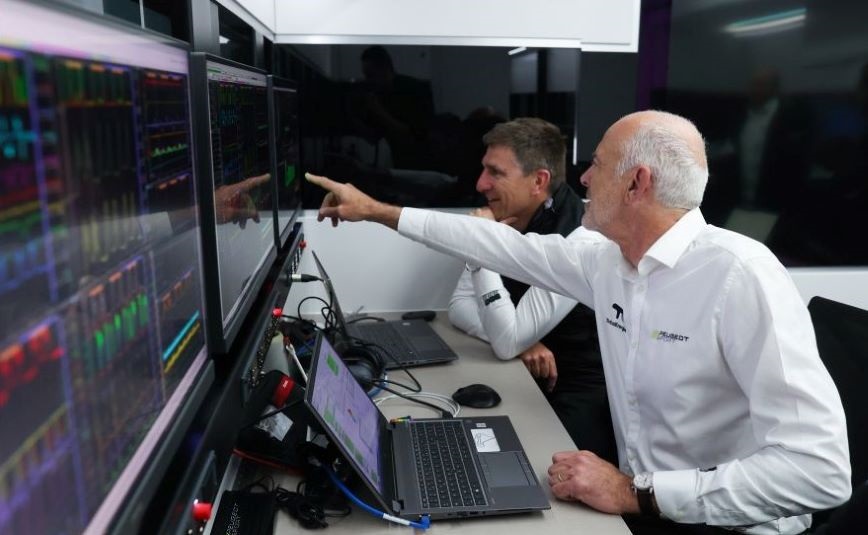 A disruptive concept validated and fine-tuned in the digital domain

Ground-breaking approach saved vital time and optimised use of resources

Prior to taking to the track for its pre-homologation test sessions, Peugeot’s 9X8 hybrid Hypercar began life as a 51.1GB digital project, made up of 15,267 files stored on a hard drive.

Digital advances have opened up a whole new realm of possibilities in motorsport, enabling Peugeot Sport’s engineers to visualise a truly disruptive concept for its 9X8 Hypercar – which, unlike any of its competitors, does not have a rear wing – and validate it before manufacturing so much as a single physical component.

The sophistication of modern-day digital software makes it possible to conduct in-depth technological studies while saving significant time, money and resources, and the Peugeot 9X8 Hypercar lived an entirely virtual existence for some time before finally turning its first wheel on-track.

Peugeot Sport’s teams spent two years modelling and simulating it, utilising both existing software – adapted where necessary to suit the project’s specific requirements – as well as computer programs developed entirely in-house from scratch. “One of our strengths is being able to create the tools ourselves to shape the design of the components that we need,” explains François Coudrain, Powertrain Director of Peugeot Sport’s FIA World Endurance Championship (WEC) programme.

Ingenuity born out of digital innovation

Several dozen people were involved in the Peugeot 9X8 digital project, from computing masterminds to performance and race engineers, all firmly focused on the same goal – producing the ultimate endurance racer. In order to achieve the best possible result, the engineering department always follows the same procedure:

“Thanks to all of our software, we can envisage a wide range of dimensions, shapes and materials, and work on the weight of the car in-line with the technical regulations”, notes François Coudrain.

“As with the choice of base concept, being able to take a purely digital approach to trialling systems and components allows us to assess a large number of potential solutions, which would quite simply be impossible to achieve in the real world. Before taking to the circuit, our Hypercar was for a long time a project stored on a hard drive. Every single one of the 15,267 files represented one of its parts! There is one other thing that should also be noted: digital technology and the calibre of our simulation tools enabled us to gauge the interaction between different components and systems, meaning we were already familiar with the theoretical performance and behaviour of the car before testing it for real. The physical validation phase of the project did not begin until much later, when we finally put the car on the track.”

“Artificial intelligence is an invaluable tool for dissecting the tremendous amount of data to be found in a race car,” adds Jean-Marc FINOT, Director of Stellantis Motorsport.

“Our ‘big data’ processing applications enable us to simulate a large number of different hypotheses, helping us to see if we need to modify the design of any parts to meet our target values. It is only once we have defined the characteristics and simulated performance in a variety of environments with a wholly digital car that we begin the manufacture of its physical parts.”

From cable cross-sections to drone motors

Some data can evidently be collected without conducting any particular research into type of material, shape or number of parts. For example, the body is always made out of carbon, the engine from aluminium and there are always four wheels… Where digital tools do enter the equation, though, is when it comes to calculating dimensions and simulating the behaviour of essential components.

As a case in point, while the Peugeot 9X8 incorporates a triple electrical system (900V battery, plus 48V and 12V components), digital technology enabled Peugeot Sport’s engineers to fully understand its electro-magnetic environment and work on the optimal dimensions for its wiring harnesses. In order to minimise the risk of interference, it was necessary to create a close relationship between the physical components and the software.

This was a significant undertaking, which could only be carried out with the assistance of digital technology. In this way, the team established that it was better to use smaller wiring harnesses in 48V than in 12V, which simultaneously saves space and weight, while improving the compatibility between the physical harnesses and the calculators/computers.

Other parts, sourced ‘off-the-shelf’ from Stellantis Sport or derived from ‘mass market’ technological products, sometimes work very well without needing to be altered in any way – a resourceful approach that doesn’t break the bank! As an example, certain 48V motors in the 9X8 come directly from drones. It goes without saying that their effectiveness in the car was simulated and validated with the help of dedicated software, but they did not require any structural modification.

Digital simulations also allow for customisation where necessary – like, for example, regarding what material to use around the exhaust outlets. Here, the heat levels are very high, and simulations revealed that the carbon bodywork needed to be either protected or even replaced by aluminium or titanium.

Initially highlighted for attention in the design brief, this was corroborated during the simulation phase and then again in the first real-life test session.

Following its digital development, the hard drive containing all the technical data of the Peugeot 9X8 provided the basis for the creation of an initial 1:1 scale model for wind tunnel use and, subsequently, a physical race car, whose ongoing development is taking place on the track.