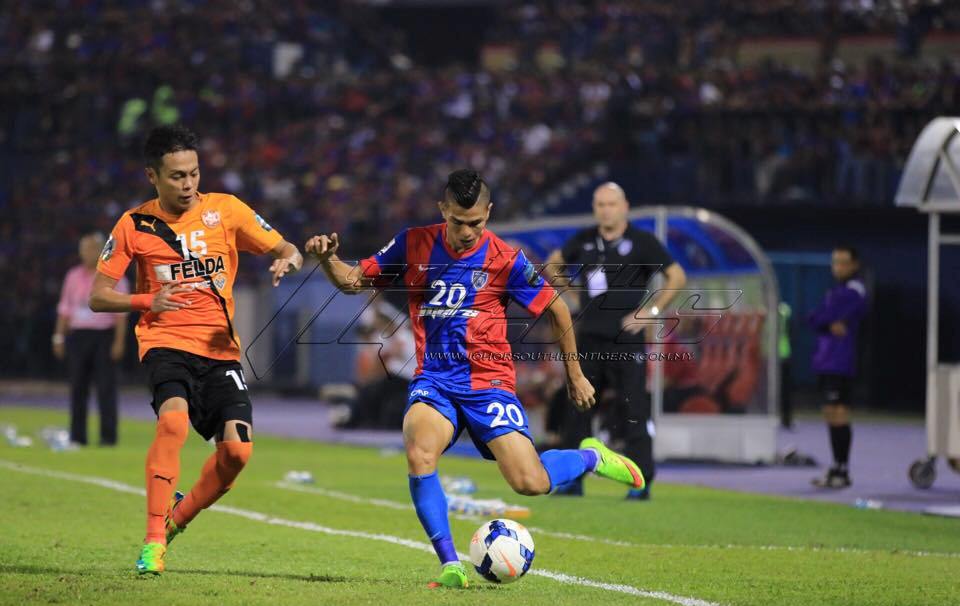 *JDT to miss skipper Aidil and Nazrin in the final

THERE was plenty of drama at the Larkin Stadium in Johor Bahru on Saturday as Super League champions Johor Darul Takzim made the Malaysia Cup in dramatic fashion after a 3-1 win over Premier League outfit Felda United in the return-leg semi-final and advance 6-5 on aggregate. Felda won the first-leg at Selayang last Sunday 4-3.

And in the “Battle of the Champions” at the National Stadium in Bukit Jalil on Nov 1, the Southerns Tigers will take on defending champions Pahang who are also the reigning FA Cup champions. Pahang knocked out another Premier League side Kedah 6-3 on aggregate – winning the return-leg in Kuantan 5-0 to overcome the 3-1 defeat in the first-leg.

At Larkin, it was a dramatic finish to the JDT-Felda match when referee Suhaizi Shukri sacked JDT’s Nazrin Nawi and Felda’s Latiff Suhaimi deep into the four minutes of added time for fighting during a challenge for the ball. The red card means Negri Sembilan-born Nazrin, a livewire in the JDT team, will miss the final.

Also out of the final is JDT and national skipper Aidil Zafuan Abdul Radzak. Aidil picked his third yellow card in the competition and will serve a one-match suspension – which effectively kayoed him from the season ending finale.

At the end of the final whistle JDT coach Bojan Hodak had to be restrained by several JDT officials from getting any nearer to a Felda team official who had thrown verbally questioned his “antics” on the sidelines.

It was a match everyone was waiting for. In fact the ‘drama’ had started one day earlier when about 100 JDT supporters, complete with banners and falres, had disrupted Felda’s training session at the Seri Gelam Complex in Johor Bahru. Felda coach Irfan Bakti was forced to cut short his training sessions. One of the banners read “Welcome to Hell” while another read “There is no way way out”.

On the Larkin pitch it was a battle for survival as JDT took the lead through a curling freekick by Argentine Luciano Figueroa on 30 minutes. The kick was awarded after referee Suhaizi was ‘fooled’ by another Argentine Jorge Pereyra Diaz who went down at the slightest body contact with an opponent.

However, Felda, now living up to their new name as “The Fighters” stunned the homesters when Raimi Noor made it 1-1 on the right with a left footed grounder that rolled into the far corner past a rooted JDT goalkeeper Al-Hafizh Hamzah with his defenders unable to react to the situation. Felda 5-4 on aggregate.

JDT’s Argentine connection struck again on 64 minutes – this time Diaz was the provider and Figueroa planted a crisp header past Felda custodian Farizal Harun. It was all over for Felda after 72 minutes when international Amri Yahyah sent a delightful chip past Farizal for a 3-1 lead  and a place in the final 6-5 on aggregate.