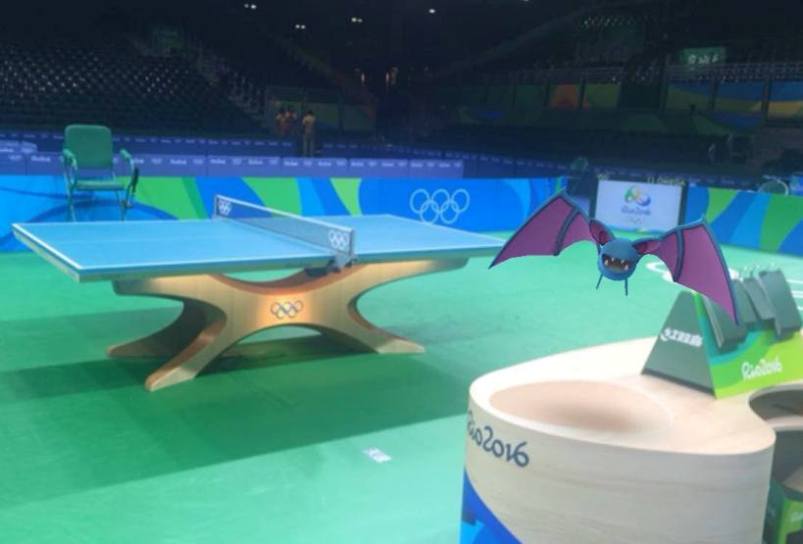 What can best be described as a poké-pandemic has struck the globe and now even Riocentro Pavillion 3 is showing little resistance to the poké-problem.

“They seem to be mistaking the table tennis balls for pokéballs”, said one Olympic official, “it has not been ideal to say the least.”

There are reports of a Voltorbs making their way in to trays during multi-ball practice, Zubats knocking balls clean out of the air and a persistent Pikachu that won’t get back in to its pokéball.

But at times it has been too difficult to train. When an athlete accidentally used an incense in the hall, a stampede of Pokémon ensued.

“We couldn’t train for half an hour, but at least I was able to evolve my Bulbasaur.”

Despite the mayhem, no Pokémon induced injuries are yet to be reported.

“We’ve just gotta catch em all, then we can get back to the Games,” said the tournament director.