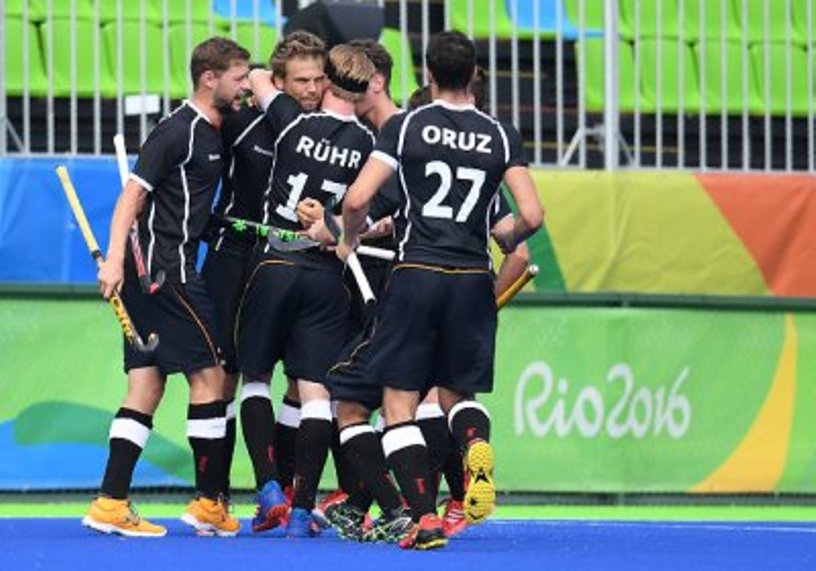 Los Leones will play Ireland in final Pool match for a place in the Olympic Quarter-Finals.

India reach Quarter-Finals despite narrow defeat against the Netherlands

On a day when the top two sides in Pool A went head to head, it was in Pool B where the real drama unfolded on day six of the hockey competitions at the Rio 2016 Olympic Games.
European champions the Netherlands (FIH Hero World Ranking: 2) saw off a strong challenge from India (WR: 5) to claim a 2-1 victory over the champions of Asia, guaranteeing a top two finish in Pool B for Oranje.
Mink van der Weerden netted the winning goal with a trademark penalty corner six minutes from the end, extending his remarkable record of having scored in each of the eleven Olympic matches that he has played since his first appearance at London 2012.
Despite the defeat, India’s place in the Quarter-Finals is now confirmed as Argentina and Ireland, who currently sit fourth and fifth in the standings respectively, play each other in their final pool match on Friday (12 August), meaning that it is impossible for both teams to overhaul India’s points tally.
India play Canada in their final Pool B match, knowing that a win would confirm a third place finish in the pool and set up a Quarter-Final against the team that finishes second in Pool A.
Ireland (WR: 12) kept their hopes alive with a superb 4-2 victory over Canada (WR: 15), giving the Green Machine their first Pool B points and putting themselves within striking distance of Argentina. Shane O’Donoghue scored a penalty corner in each of the first two quarters, with Peter Caruth making it 3-0 from open play ahead of half time.
A double from Canada captain Scott Tupper gave the Red Caribous a fighting chance at 3-2, but a late strike from Michael Darling put the result beyond all doubt to keep Ireland’s dream of reaching the Quarter-Finals very much alive.
Despite the win, Ireland needed Germany (WR: 3) to do them a big favour by denying Pan American champions Argentina (WR: 7) the three points that they needed to book their Quarter-Final ticket. Die Honamas started the final quarter of the match with a 3-2 lead over Los Leones, but goals from Gonzalo Peillat and Matias Rey turned the contest on its head.
However, for the second time at Rio 2016, Germany scored with less than ten seconds remaining, with Mathias Müller firing home a penalty corner rebound to leave the Argentines stunned and the Irish smiling.
For Germany, that point was enough to seal a top two finish in Pool B ahead of their final pool match against the Netherlands, which will decide which team takes that all important first place to set up a Quarter-Final meeting against the side that finishes fourth in Pool A.
For Argentina, a draw or a win against Ireland in their final pool match will see them through to the Quarter-Finals, while a defeat would put the Green Machine into the last eight of the competition.
In Pool A, Belgium (WR: 6) defeated Spain (WR: 11) to continue their 100 percent win record at the Rio 2016 Olympic Games, with Cedric Charlier scoring twice in a 3-1 triumph as the Red Lions opened up a three point lead over the Red Sticks at the top of the standings.
Belgium went into half time with a 3-0 advantage thanks to Charlier’s double coming either side of a strike from Emmanuel Stockbroekx. Pau Quemada scored from a penalty corner in the third quarter, but it did not spark a Spanish comeback.
The final round of Pool A matches take place on Friday (12 August), with Great Britain (WR: 4) playing Spain, Belgium taking on New Zealand (WR: 8) and Australia (WR: 1) facing host nation Brazil (WR: 30).
With Belgium and Spain already certain of places in the Quarter-Finals, the remaining berths will be filled by two of three teams: Australia (6 points), Great Britain (4 points) and New Zealand (4 points).
Complete information about the hockey competitions at the Rio 2016 Olympic Games can be found on the official website: rio2016.com/en/hockey
The Olympic hockey events take place from 6-19 August at Rio’s purpose-built Deodoro Olympic Park, and will feature the 12 men’s and 12 women’s international teams that qualified through the Hockey World League and Continental Championships.

Pool B
Netherlands 2, India 1; Ireland 4, Canada 2; Argentina 4, Germany 4.
Standings overview
To see the detailed standings, click here.
(click ‘preliminary round’, and then ‘view rank’)The top four finishers in each pool will qualify for the Quarter-Finals.