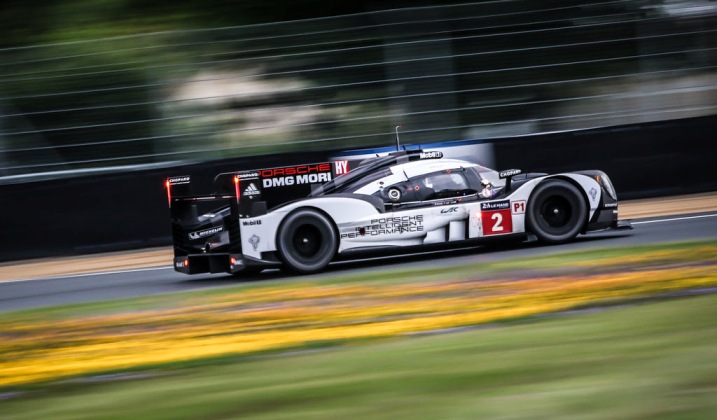 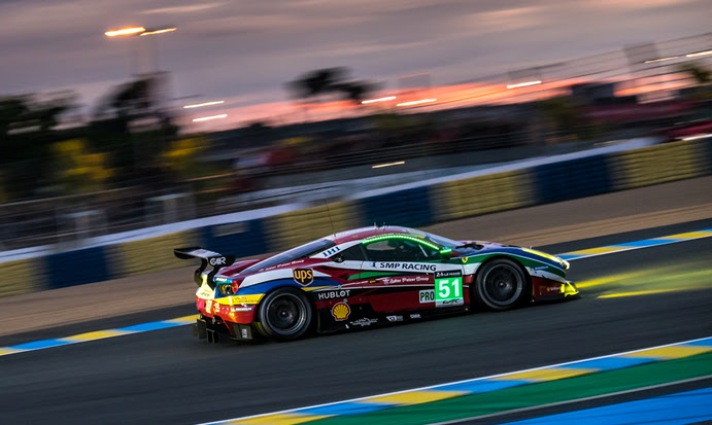 Reigning Le Mans champions Porsche will lead away the 2016 24 Hours of Le Mans on Saturday, with the No.2 Porsche 919 Hybrid on pole position. Swiss driver Neel Jani set fastest time of the week in yesterday’s first qualifying, 3:19.733, in the car he will share with Romain Dumas and Marc Lieb, his second consecutive pole position for Le Mans.

The capricious weather in the Sarthe region played havoc with teams’ plans to improve on yesterday’s times with the third and final qualifying session being red flagged for 57 minutes due to heavy rain and treacherous track conditions. The overall and class pole positions – and indeed very nearly all times from the 60-strong field – claimed yesterday remained unchanged.

The No.1 of FIA WEC World Champions Mark Webber, Brendon Hartley and Timo Bernhard makes it a Porsche 1-2. Toyota Gazoo Racing’s two TS050 HYBRIDS are filling the second row of the grid, followed by the two Audi R18s.

Rebellion Racing’s Dominik Kraihamer claimed the fastest time of the LMP1 Private Team entries in the No.13 R-One AER, ahead of the sister car and the No.4 ByKolles which is now repaired after its fire yesterday.

The FIA WEC cars proved to be the ones to beat in LMP2, with René Rast setting the pace in the No.26 G-Drive Racing ORECA 05 Nissan. His best lap of 3:36.605 put him ahead of the two Alpines of Baxi DC Racing (Nelson Panciatici) and Signatech Alpine (Nicolas Lapierre) with, fourth in class on its debut at Le Mans, was the No.44 Manor ORECA of Roberto Merhi.

Aston Martin Racing’s No.98 V8 Vantage of Pedro Lamy upheld the WEC’s honour in the LMGTE Am category, second in class behind the Clearwater Racing Ferrari. One of the few changes in the order came in this class in this evening’s second qualifying session, with Pat Long moving the No.88 Abu-Dhabi Proton Racing Porsche into third place.

There is no track action tomorrow so teams can prepare for the big race which begins at 15h00 on Saturday 18th June.

Ford and Ferrari’s dominance yesterday was not challenged due to the conditions which remained tricky even after the rain had stopped. AF Corse’s Gianmaria Bruni in the No.51 Ferrari 488 GTE was sandwiched by two Ford GTs on either side of him in the LMGTE Pro category. The Porsches, Aston Martins and Corvettes will undoubtedly challenge more strongly in the race.