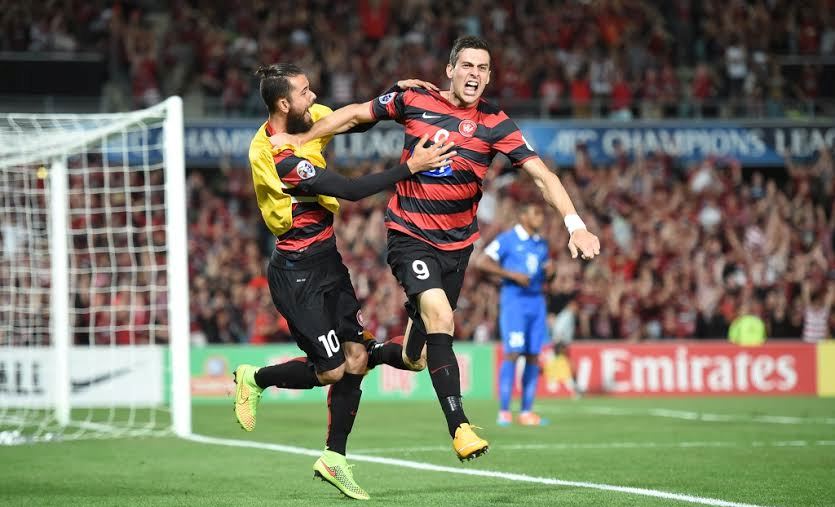 Western Sydney will now head to Riyadh on Tuesday night ahead of Saturday’s second leg at King Fahd Stadium looking to become the first Australian side to be crowned Asian champions.

“We’re looking forward to another tough game and a big crowd. The stadium will be full, supporting their team and we expect that. But we have played tough matches and we have a lot of experience from playing against Guangzhou and Seoul and we can draw on that experience,” said Popovic after Western Sydney defeated defending champions Guangzhou Evergrande from China and 2013 finalists FC Seoul from Korea Republic earlier in the campaign.

“You always want to win the home leg, the first leg, if it’s possible. We got a result, we have shown we can score away from home and this result has filled us with confidence. We have to recover well and we’re in for a tough battle next week, but they’re going home tonight knowing they’re up against a very tough opponent who can win the title over there.”

Australia international Juric replaced fellow striker Brendon Santalab just before the hour mark having not featured for Western Sydney since the quarter-final success over Guangzhou due to a combination of suspension and a groin strain.

But just six minutes later 23-year-old Juric was sliding home Antony Golec’s cross from the edge of the six yard area after ghosting in between Al Hilal’s centrebacks.

“His impact was fantastic. It’s been seven weeks since he played,” added Popovic.

“In any game in the world that was a great goal and I’m very proud of him.”

Al Hilal had dominated for the majority of the contest until Juric struck, and the visitors were lucky not to fall further behind as the striker struck the foot of the post with 18 minutes remaining.

But despite being unable to find a way back into the contest as Western Sydney goalkeeper Ante Covic preserved the home side’s lead in the closing stages, Al Hilal return to Riyadh still firmly in contention to claim a record-equalling third continental title having won the Asian Club Championship in 1991 and 2000.

“In the second half we had three or four chances. We have to put the ball inside the goal. The goalkeeper from Sydney did a great job today and I think that’s why the result is only 1-0 for them. Normally we have to score two or three goals,”  said Al Hilal coach Laurentiu Reghecampf.

“But I see only my team. I don’t want to talk about Sydney. They won the game, but we have to see in the second game. We will have the power and we’re going to change the result.”