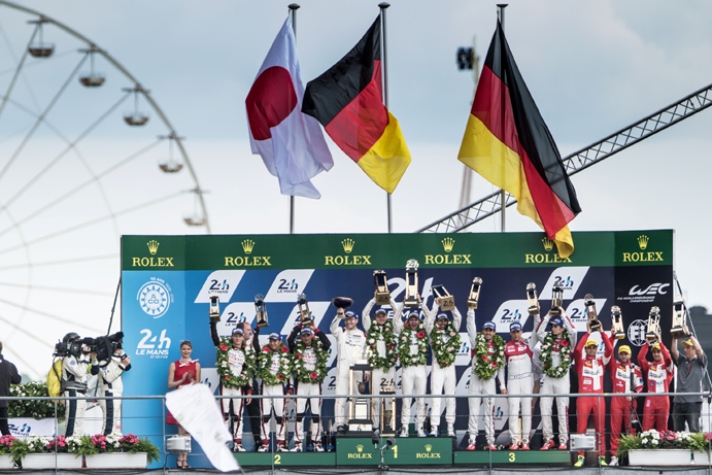 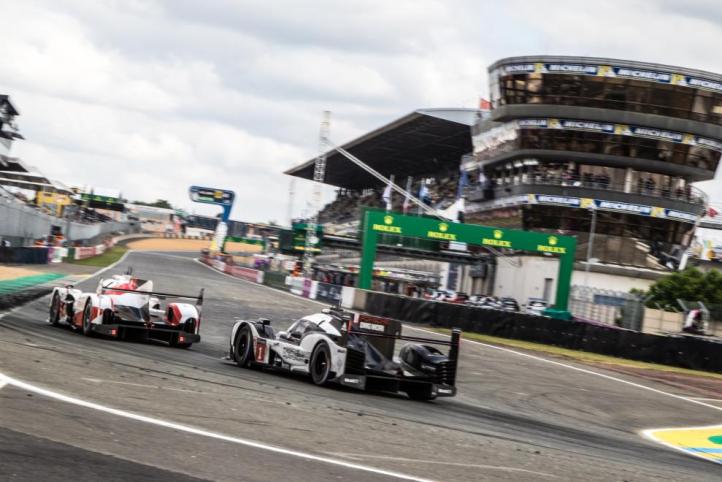 Porsche dramatically won the 2016 24 Hours of Le Mans, round three of the FIA World Endurance Championship, on the last lap after the Toyota which had lead the race for so many hours stopped on the pit straight with an engine issue.

Just three minutes of the race remained as the heartbroken Japanese team was forced to see victory being snatched out of its hands.  Despite Nakajima limping the car around the 13.6km track for one more lap, it took 11m53s which exceeds the regulation maximum of six minutes and the car was therefore unclassified.

The No. 2 Porsche 919 Hybrid of Neel Jani, Romain Dumas and Marc Lieb claimed the marque’s 18th Le Mans victory, completing 384 laps.  This is the second consecutive victory for the German marque following last year’s triumph with its LMP1 hybrid machine and Porsche’s joy was in marked contrast to Toyota’s devastation.

Eventually finishing second was the No.6 Toyota of Stephane Sarrazin, Kamui Kobayashi and Mike Conway, four laps behind the winner, while Audi was able to maintain its record of always finishing on the podium since its debut at Le Mans in 1999.  Both cars suffered technical issues during the race, with the No.8 having slightly fewer than the No.7 but both cars some way from their usual faultless form.

The only LMP1 Privateer to finish the race was the No.12 Rebellion Racing R-One AER of Nick Heidfeld, Nicolas Prost and Nelson Piquet Jr which finished 29th overall.

Finishing 5th overall and winning the LMP2 category for the second consecutive year was Nicolas Lapierre, this year contributing to a superb result for the Signatech Alpine team.  The No.36 Alpine A460 Nissan, in the hands of Lapierre, Gustavo Menezes and Stéphane Richelmi completed 357 laps and finished half a lap ahead of the No.26 G-Drive Racing ORECA 05 Nissan of Roman Rusinov, Will Stevens and René Rast.   Third in class was the No.37 SMP Racing BR01 of Vitaly Petrov, Victor Shaitar and Kirill Ladygin, thus ensuring a 1-2-3 in class for FIA WEC competitors.

Held in front of a crowd of 263,500 spectators, and finishing in bright sunshine to contrast with the very wet start, the cornerstone event of the FIA WEC has once again left everyone with multiple memories of some great performances on track.

The next round of the FIA World Endurance Championship is the 6 Hours of Nürburgring on 22-24 July 2016.