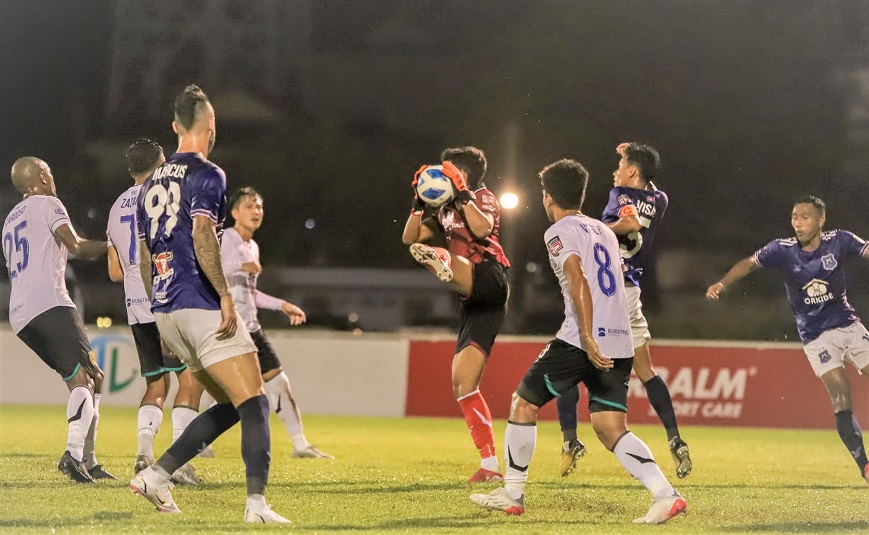 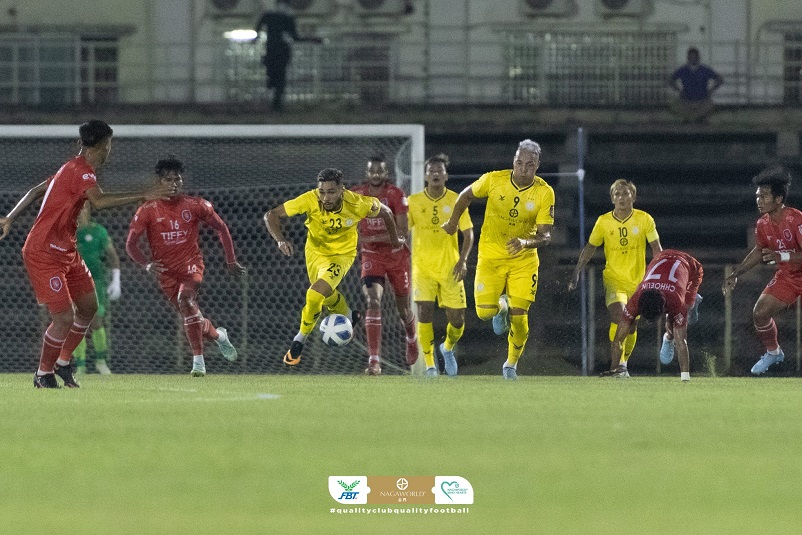 After three matches, Preah Khan have picked up the full nine points where they have scored ten goals as against conceding just eight.

Preah Khan made sure of their continued place at the top of the CPL when they smashed Boeung Ket FC 4-0.

Emmanuel Mbarga got things going with just five minutes left of the first half before Marcus Haber’s double (49th and 55th minute) and another from Takashi Odawara (68th) ensured them their full points.

On second is Nagaworld, whose close 1-0 away win over Tiffy Army off an own goal from Narong Kakada in the 17th minute, gave them their second win in three matches.

In the meantime, defending champions Phnom Penh Crown FC seemed to have lost their footing after their Super Cup win where they are still winless after three matches.

And this week, they fell to a 4-2 loss to Angkor Tiger. 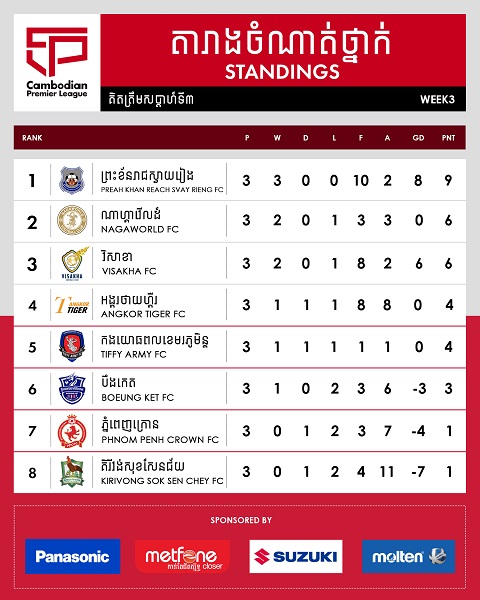