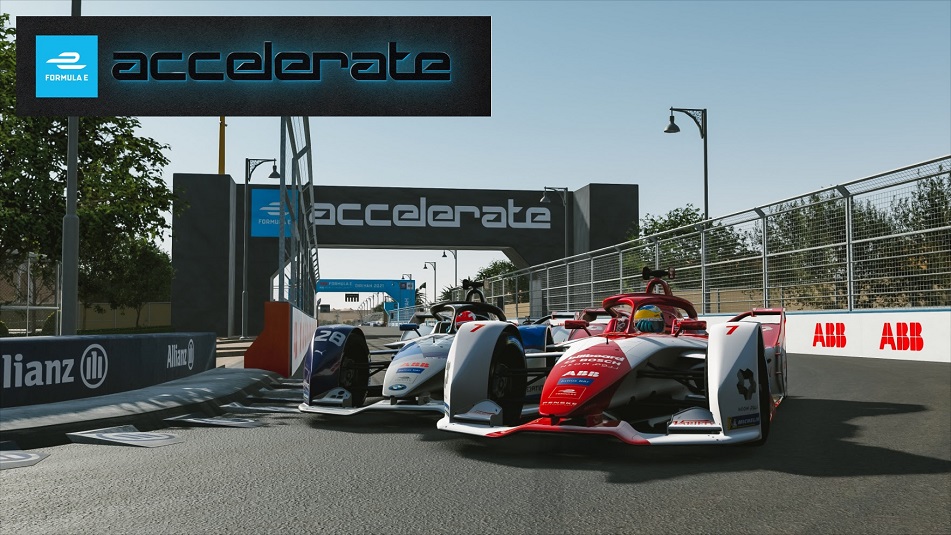 Frederik Rasmussen and DRAGON / PENSKE AUTOSPORT claim first Formula E: Accelerate win in Diriyah, ahead of Erhan Jajovski (ROKiT Venturi Racing) and Kevin Siggy (BMW i Andretti Motorsport).
– Overalls points leader Jajovski was able to take advantage of Rasmussen and Siggy coming together in the closing stages of the race, securing his fourth podium in a row.
– Kevin Siggy couldn’t convert his race pace into a win with a failed overtake on race leader Rasmussen, leaving the Race at Home Challenge winner to take the final podium position, managing to maintain second place overall in the driver standings.
Fast facts
– Role reversal; The top-three in the driver standings before the race, started the Diriyah E-Prix in reverse order on the grid, with Frederik Rasmussen taking Pole Position ahead of Kevin Siggy and Erhan Jajovski.
– Every point counts; Marius Golombeck (TAG Heuer Porsche Formula E Team) scored the fastest lap of the race, taking home that vital extra point.
– Electric Docks; Round 5 of Formula E: Accelerate will see the grid take on the fictional circuit of the Electric Docks, with a few updates to keep drivers on their toes since its last appearance in the ABB Formula E Race at Home Challenge.
Special guests
– British Touring Car Championship driver Jade Edwards came to the Formula E: Accelerate studio to share her motorsport expertise ahead of becoming the first woman to have a full-time drive in the series for over 15 years.
“I’m a driver first and foremost. But looking at children around me and the number of young girls who come up to me for an autograph – I didn’t have that when I was younger. Hopefully I can prove to both young girls and boys that if you put your mind to it you can do it, no matter what it is.”
– R8G Sim Racing Team Founder and racing driver Romain Grosjean spoke to presenter Derin Adetosoye about backing his drivers on the Formula E: Accelerate grid.
“I get involved as much as I can. It’s great to see the bridge between reality and virtual happening more and more. I’ve lived my dream in motorsport, so now I can give the chance to younger sim racers to become professional in sim racing and even bridge the gap between sim racing and racing cars.”
– Mercedes-EQ Formula E Team Principal Ian James sat in the hotseat to answer fans questions before making his commentary debut alongside Jack Nicholls.
Formula E: Accelerate

DRAGON / PENSKE AUTOSPORT – FREDERIK RASMUSSEN
“It wasn’t an easy race, I used too much energy in the first few laps and it wasn’t nice to save with so much pressure coming from behind. Siggy then made that move – I’m not sure what happened there – it was a mess. I loved this track with all the challenges!”
ROKIT VENTURI RACING – ERHAN JAJOVSKI
“I’m pretty happy with the result considering where I started on the grid. Through the end I started lifting to save energy just to get to the end of the race!”

BMW I ANDRETTI MOTORSPORT – KEVIN SIGGY
“I’m not happy with the result. I was trying to overtake where he wouldn’t expect it but it ended up in a collision, overall it was a really poor race from me today. Finishing in P3 isn’t something I am happy about. It’s about keeping cool, forgetting about this race and moving on.”