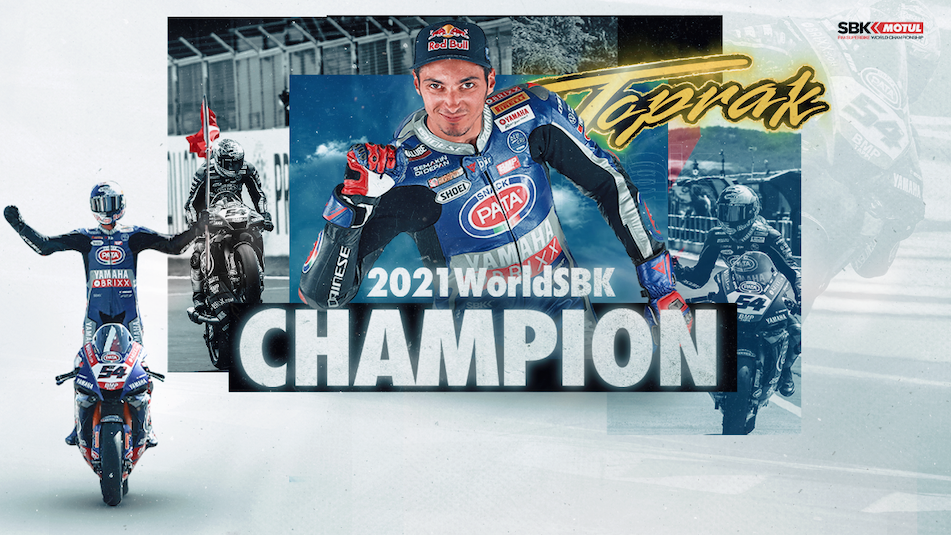 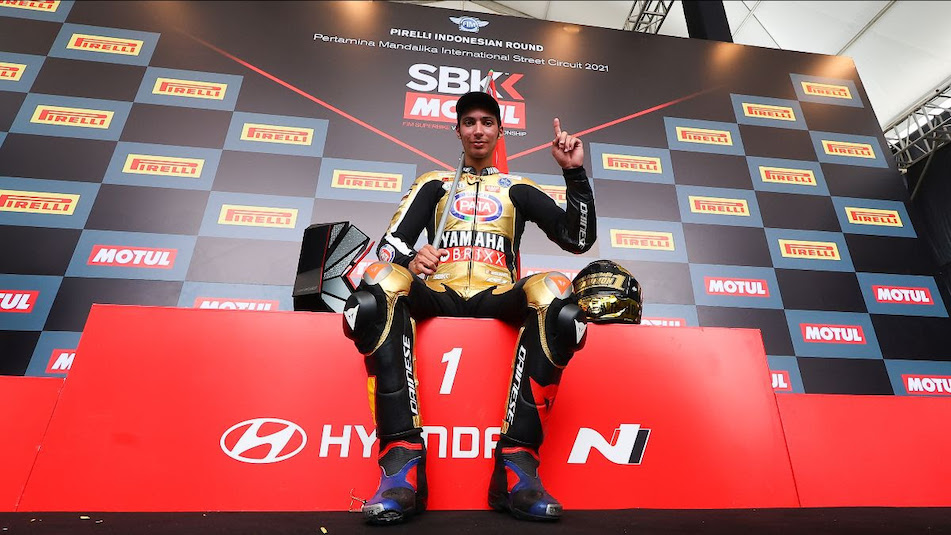 Razgatlioglu claimed the lead of the standings after an eventful Donington Park weekend, although his lead didn’t last long when a Rea hat-trick at Assen vaulted him back to the top.

The lead kept changing hands, with Razgatlioglu back on top after Navarra – albeit by virtue of full-race wins as he and Rea were level on points going to Magny-Cours – before two changes throughout the Catalunya Round: Rea taking the lead after Race 1 in Barcelona before the newly-crowned Champion claimed it back after Race 2.

A dramatic Portuguese Round provided more twists and turns with Razgatlioglu holding the lead by 24 points heading into the penultimate round of the season at the Circuito San Juan Villicum venue, whilst the Turkish rider arrived at the season finale with a 30-point advantage over Rea.

Second place at the end of Sunday’s Race 1 in the season-ending Indonesian Round, Razgatlioglu claimed the 2021 WorldSBK title.

He started his motorcycle career competing in the IDM Yamaha R6 Cup and in the Turkish Road Race 600cc Championship in 2011 and 2012. He then moved to the Red Bull MotoGP Rookies Cup for 2013 and 2014. He took one win in the class in 2014 during the Sachsenring event, showcasing his potential from very early on.

Later in the year, he made his European Superstock 600 Championship debut at Magny-Cours as a wildcard, winning his first ever race. It was clear that a future star was emerging right before us. In 2015, he joined the WorldSBK paddock racing in the Superstock 600 class full-time, claiming the title in his first season in the category.

He then moved to Superstock 1000 for the 2016 and 2017 seasons, finishing second in the standings in his second season and taking wins.

In 2018, he made the move to the premier class with Kawasaki Puccetti Racing, shocking everyone when he took two podiums – a first by beating Jonathan Rea in the last lap of Race 2 at Donington Park and a second at the all-new San Juan venue – and was the rookie of the year.

2019 was a significant year in many ways for Razgatlioglu; he emerged as a true contender and after eight podiums, he took a first win in a last lap fight with Rea at Magny-Cours, doubling up in the Tissot Superpole Race.

Ending the year fifth overall with 13 podiums and the Best Independent Riders’ award, Toprak switched from Kawasaki to join the ranks of Yamaha and the Pata Yamaha with Brixx WorldSBK outfit.

In 2020, he finished his first season with Yamaha in fourth place, taking a stunning win in his first ever race for the team at Phillip Island, before two more followed during the final round of the year at Estoril.

In 2021, he achieved 13 wins, 29 podiums and 3 pole positions. With a 25-point advantage over his closest competitor Jonathan Rea, Toprak Razgatlioglu becomes the 2021 WorldSBK Champion, the 18th one in  Championship history, coincidentally crowned in the 18th final round title decider.

The newly-crowned Champion will remain with Yamaha until 2023 and both will aim to continue challenging many records. Their target will be set on making it two in a row for Razgatlioglu.

“First, I want to say thank you to my family and to Kenan Sofuoglu because we are a big family. Also, thanks to my team, they did an incredible job this year. Sometimes we crashed, sometimes we had good races and finally we are here. I’m really happy. It’s a special day for me today because this Championship is for my dad. It has always been my dream. He’s not here anymore, he passed away, but I feel he is watching. I’m really happy. It’s an incredible day for me and we are World Champion. Thanks to everyone!”