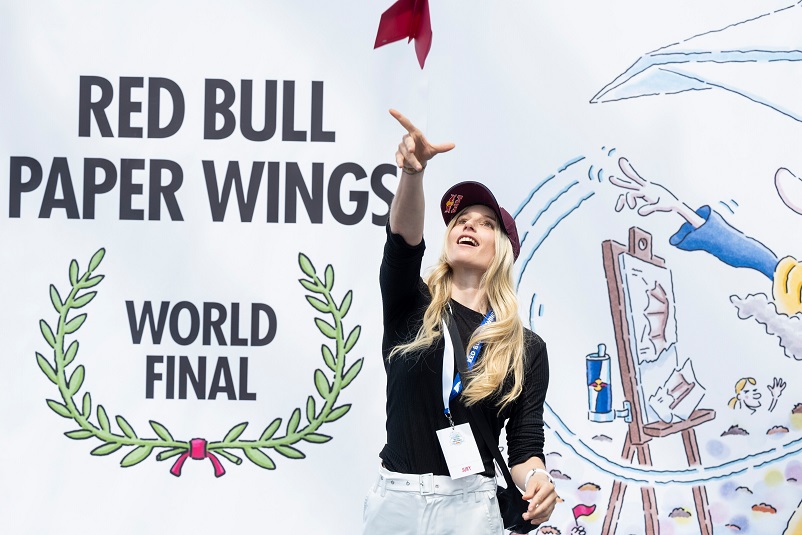 Red Bull Paper Wings is the official paper plane world championship. The idea is simple and ingenious: students must make a plain sheet of paper fly as far, as long or as artistically as possible.

The pilots take off in hundreds of Qualiflyers around the globe, and the national winners in three categories – Distance, Airtime and Aerobatics – land themselves a spot in the World Final at iconic Hangar-7 in Austria, where the world champs are crowned.

The national finalists participating at the sixth-ever World Final at Salzburg’s Hangar-7 were the elite of more than 61,000 hopefuls (a record number) across over 60 countries who had taken part in more than 500 Qualiflyer events.

There also was a Red Bull Paper Wings World Final record for longest airtime that happened during the qualifiers on Friday. The qualifying throw by Rana Muhammad Usman Saeed (PAK) was 16.66s and he actually won the world final with a 14.86s throw in the super finals. This is not a world record but a Red Bull Paper Wings record.