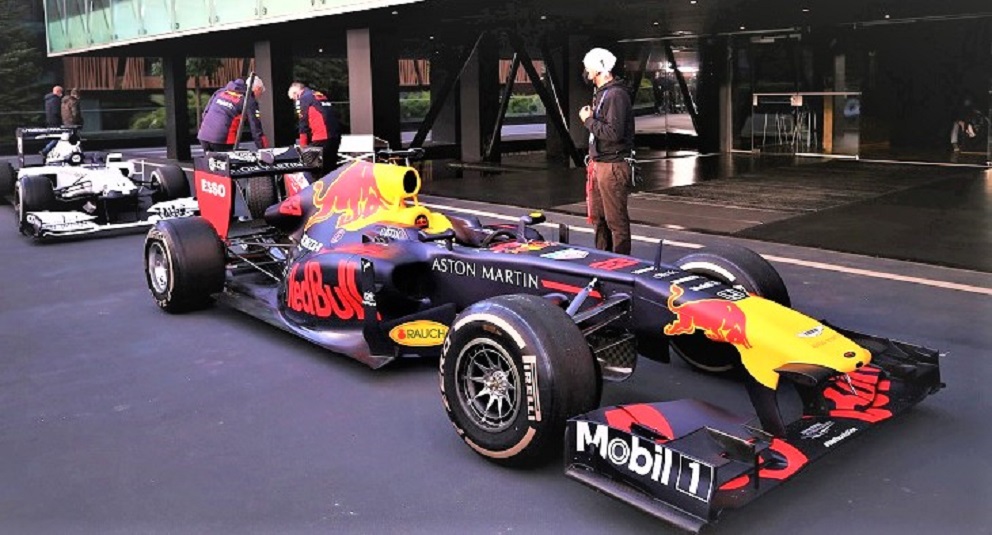 Aston Martin Red Bull Racing and sister squad Scuderia AlphaTauri brought Formula One back to Istanbul in style today with Alex and Pierre taking a trans-continental trip across the Bosphorus Bridge, joining Europe and Asia in celebration of the Turkish launch of the cutting edge, premium fashion brand AlphaTauri.

Ahead of this weekend’s first Turkish Grand Prix since 2011, when Red Bull recorded a 1-2 finish, AlphaTauri fashion ambassadors Alex and Pierre took to the streets of Istanbul in a pair of Red Bull Racing RB7s, liveried in their respective team colours, as the Bulls crammed a three-day sightseeing tour into a single day.

Following a flat out run past the Galata Bridge and along the coast of the Golden Horn, the pair screamed through the streets of historic Sultanahmet and around the beautiful Blue Mosque, before powering out to the picturesque Arnavutköy district. Heading back to the city the duo then split up, with Alex thundering through the Euroasia tunnel as Pierre headed north towards the European side of the Bosphorus Bridge.

And timing their runs to perfection, the Aston Martin Red Bull Racing and Scuderia AlphaTauri drivers took to the eight-lane suspension bridge simultaneously, before meeting midway between the two continents.

Commenting after a whirlwind day, Alex said: “Formula One returning to Istanbul is pretty cool for the sport, and today’s tour of the city was a great introduction to Turkey for me as I’ve never been here before. Driving on the streets is challenging but fun and it’s great to be able to drive an F1 car in places which otherwise would never be a possible. The view from the Bosphorus Bridge is amazing and to see it all from the cockpit of an F1 car was pretty mega, but I think the best bit was driving between the two continents. I think it was the best possible way to bring AlphaTauri to Turkey and create some noise around the launch. AlphaTauri is still young but has big aspirations and this event definitely shows that.”

Attention now turns towards this weekend’s Turkish Grand Prix, the country’s first since 2011 on a weekend in which the Team celebrates its 300th race.

“Istanbul Park is one of those circuits that made a big impression when I was watching Formula One as a kid, particularly Turn 8, which is one of F1’s most iconic corners” said Alex. “It looks really impressive and I’m looking forward to racing there for the Team’s 300th race. It’s a pretty big milestone and I hope that we can mark it with a great race on Sunday.”

Following today’s event, premium fashion brand AlphaTauri has just announced its debut in Istanbul, where the collection is now available at select Vakkorama Stores. With this entry into the Turkish market, AlphaTauri’s collection is now available in almost 90 countries around the world. Ahmet Mercan, General Manager AlphaTauri, said: “Driving our global business and launching AlphaTauri in Turkey, even in such challenging times for the entire global fashion industry, sets a very positive momentum.”