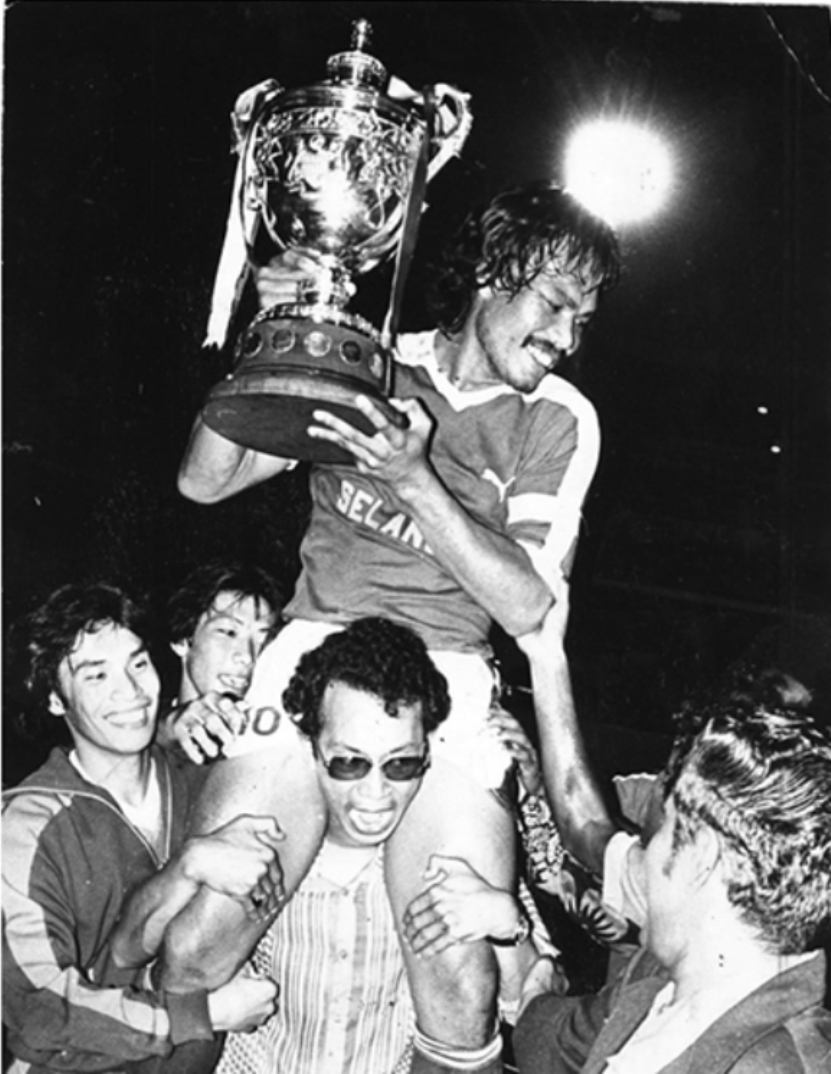 MUCH as the world celebrates with Portugal on their extraordinary Euro 2016 win over France, let’s spare a thought today for an exemplary Made-in-Malaysia striker Mokhtar “SuperMokh” Dahari.

Today marks the 25th death anniversary of the greatest striker Malaysia ever produced. This is a heartwarming story that must be repeatedly told of the prodigious son of Selangor. He was not a politician, nor was he a pop star. He was a simple ‘kampong’ boy who made it good.

He died at 37 on July 11 1991, a victim of the rare motor neurone disease (MND). He began having throat problems and despite medical assistance in the USA and Europe, and after three years of battling the disease, he passed on at Subang Jaya Medical Centre.

Funny, if not ironical, that when footballers nowadays, even in Malaysia and Singapore, receive constant adoration and are paid hefty sums of money, Mokhtar was a simple and humble footballer at a time when footballers had to keep a day job just to live comfortably.

But that was enough for him. Whereas politicians, on either sides of the Causeway, constantly divide the people’s loyalty and pop singers demand fans’ adoration for their own selves, he only united his fans under two flags: Those of his birth state, Selangor, and his country, Malaysia.

I covered his funeral in his hometown when he was laid to rest at Taman Keramat Permai Muslim Cemetery in Ampang, Selangor. It was a befitting celebrity send-off and I recollect his elegant wife, Tengku Zarina Tengku Ibrahim from Kelantan, whom Mokhtar first met while playing in her hometown, and married in 1979.

She was always, in her words, “Mokthar’s biggest fan” and at times she would even find herself confronting fans who derided her husband excessively.

She recalled that her husband never played for money, and his famous endearing words were: “I live and die for Selangor”.

As I wrote in The Straits Times on July 12 1991, recalling his last 26 months battling the disease, Tengku Zarina then spoke of how more than 60 doctors and traditional medicine offered to help her husband, including Prof John Walton, one of the world’s leading neurologists, at the University Hospital Redcliff Oxford , in May 1989.

In his last few months, before he passed on at 8.25am on July 11, 1991, he looked withered in a wheelchair and when I paid my last respects, he was half his size, close to unrecognisable as the greatest Malaysian-born striker. The serious medical condition took a massive toll. 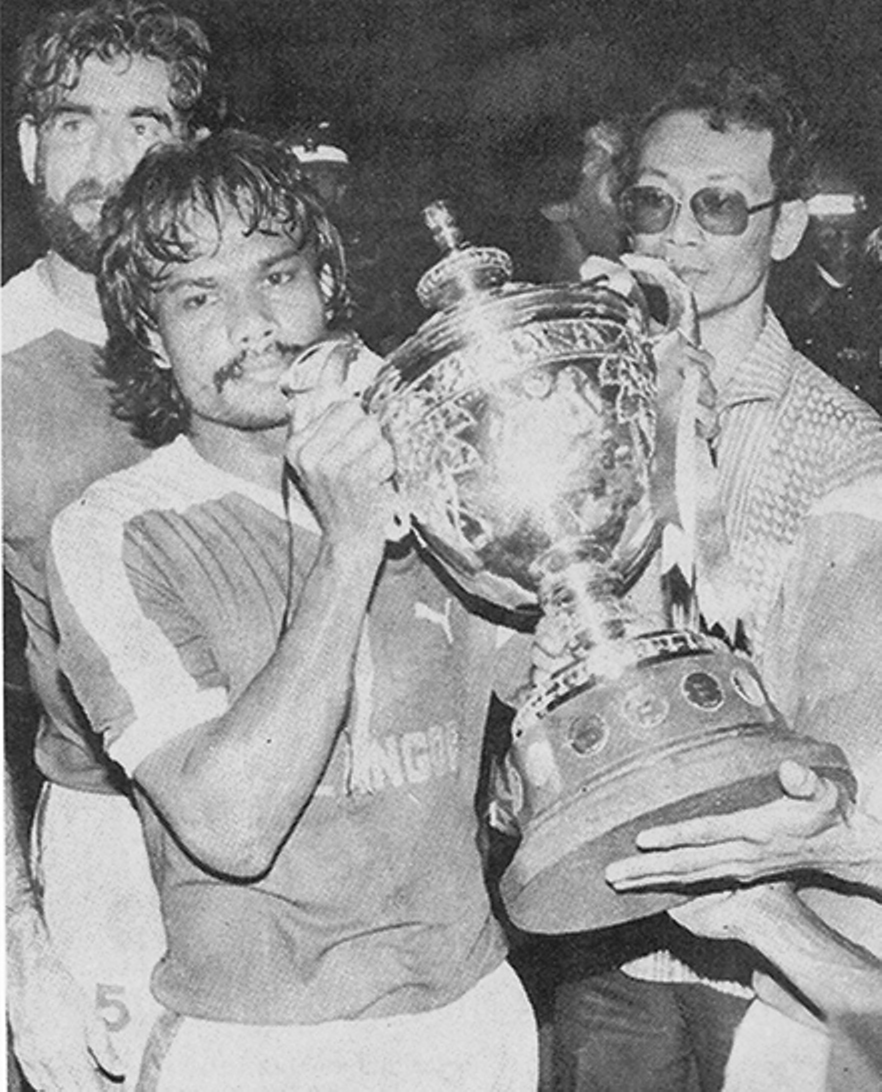 He was only 19 when he first played for the national football team with a RM15 boots his lorry-driver father, Dahari Abeng, bought him. During his illustrious international career, over a decade, he was the best striker in Malaysia, scoring more than 170 goals.  He was born on November 13 1953 in Setapak, Selangor, and from an early age he showed his aptitude for sports. He would play various sports with his neighbourhood friends such as badminton, rugby, hockey and swimming, but in the end, he would gravitate towards the beautiful game: Football.

From a humble family, he was excited to attend the prestigious secondary school, Victoria Institution, which was a turning point as a teenager as it brought him closer to playing football at a higher level, and spurred on his obsession for football. At 18, he would play for the Selangor youth team in the Burnley Youth Cup that was held in Sarawak.

Mokhtar always flashed his famous unpretentious smile, in the many interviews we had, as he described himself as a “part-time footballer” in an era where footballers were showered with bonuses and monthly remunerations. He recalled before turning up for training every evening, earlier in the day he was a simple bank clerk, who had to answer to his superiors and deal with difficult customers just like everyone else at the office.

He never moaned or groaned that his teammates and he only received small sums of money in the form of training and match allowances, and win bonuses, but nothing in the way of lucrative contracts that are so common in modern-day football. He lived a modest life, commuting from his office to the training ground on a humble under-bone motorcycle.

Rather shame-faced, he once spoke about how his motorcycle was stolen. He was so devastated that he rather rashly decided to quit football. Luckily, the intervention of a motorcycle manufacturing company, which provided him with a new motorcycle, reversed the young star’s decision and he soon turned up for training again on his shiny new motorcycle.

He would then return his generous sponsor’s favour, although perhaps not directly. In 1972, he scored nine goals in the prestigious Malaysia Cup for his home state team, and 10 goals for the national team, a remarkable achievement for such a green player.

He was named the “best Asian striker” by the World Star Soccer magazine when he was 23. The year 1974 was even more successful for ‘Supermokh’ as it started his celebrity status when he helped Malaysia “Tigers” (nickname of national team) to an Asian Games bronze medal in Teheran, Iran, scoring 24 times for them throughout the year.

He scored an unbelievable 19 goals for Selangor in that year’s Malaysia Cup alone. He was on the ascendancy, the first ever footballer to truly capture the imagination and hearts of supporters throughout the country.

His most unforgettable moment was in 1982 when he shook hands with the legendary Diego Maradona before a friendly game with Selangor FA against Boca Juniors at Merdeka Stadium.

Part of Mokhtar’s extraordinary prowess stemmed from his powerful physique, say Malaysian journalists. He was not immensely big, but he was muscular, as Number 10’s back then normally were, and the strength of his calves and thighs gave him the ability to rocket his shots towards the goalmouth.

He had the technique talent to complement his strength and famous for his long solo runs up the field that would be finished off with a sizzling driver of a shot. He made his mark terrorising defenders throughout the region and played during the era of Singaporean stars like (the late) Dollah Kassim, Arshad Khamis, Quah Kim Song and Samad Allapitchay.

The New Straits times reported that Mokhtar’s dogged loyalty for Selangor was reflected in helping his state to 10 Malaysia Cups in 14 editions of the annual competition, playing his last game in the famous red and yellow kit in their 6-1 drubbing of Johor in the 1986 final to emerge champions once more. In the post-match celebration, he gifted his jersey and revealed his intention to the Sultan of Selangor, Sharafuddin Idris Shah, which would only sink in with the ruler a few days after that, buried amidst all the jubilation and euphoria.

After his playing days were over, Mokhtar took to coaching and began teaching hundreds of youngsters on the skilful art of scoring goals. But trouble soon emerged when he started collapsing on the pitch, something that was almost unthinkable for someone of his age and reputation.

That was when his wife took him to London for a more thorough check up and he was diagnosed with the motor neuron disease, a fatal degenerative affliction that hinders a person’s ability to control all the bodily muscles.

In passing, Malaysia never forgot him 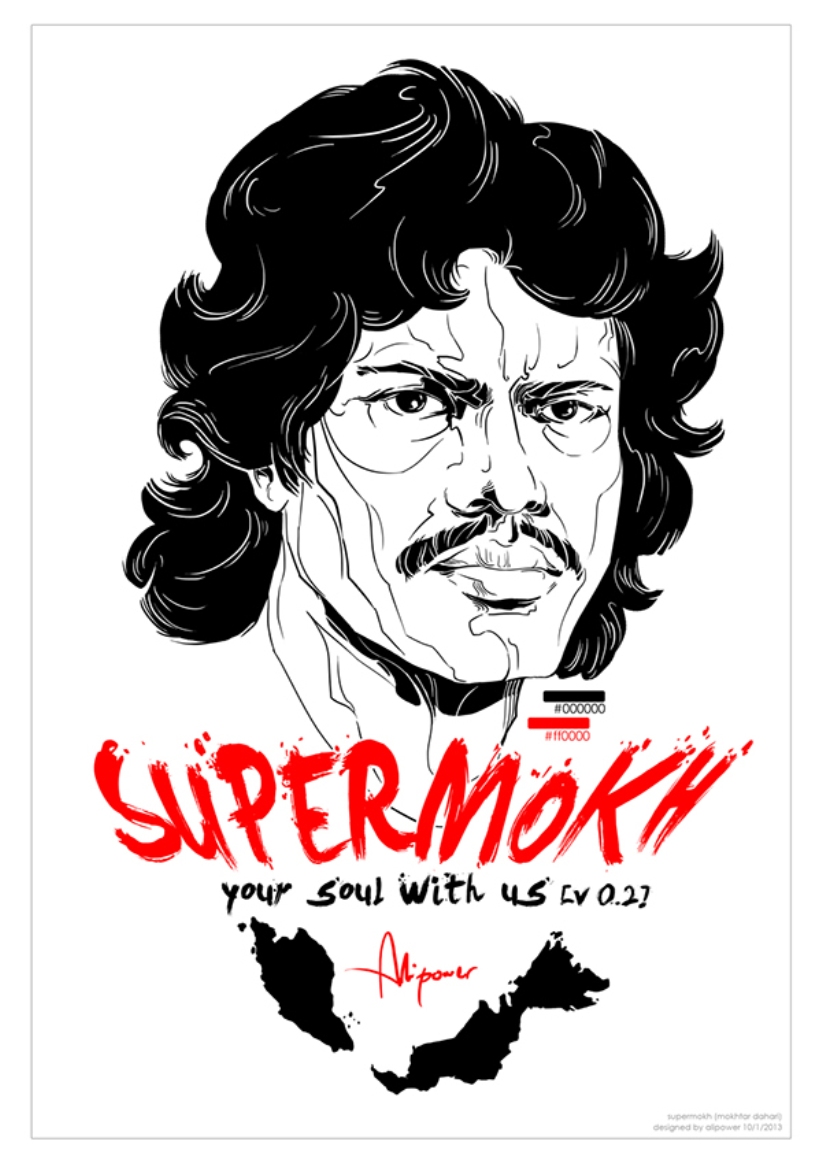 Twenty five years on, the salutations have never been surpassed by any other Malaysia and Singapore footballers. Such is the life of all heroes and legends. They burn the brightest, but they also burn out the quickest, leaving behind only stories, half-buried amidst lores and myths.

Even up to this day, the younger Malaysian generation, who have never seen him play, talk about him as if they have. He lives still in the stadium, to the Selangor and Malaysia fans, who still await a worthy successor that can be compared with Mokhtar.

His face is emblazoned on fans’ banners and posters, and in that way, a local “kampong” hero who gave his all for his state before his untimely death, never truly died.

Goodbye “SuperMokh”. A quarter of a century later, you’re still revered and appreciated for your extraordinary football achievements.