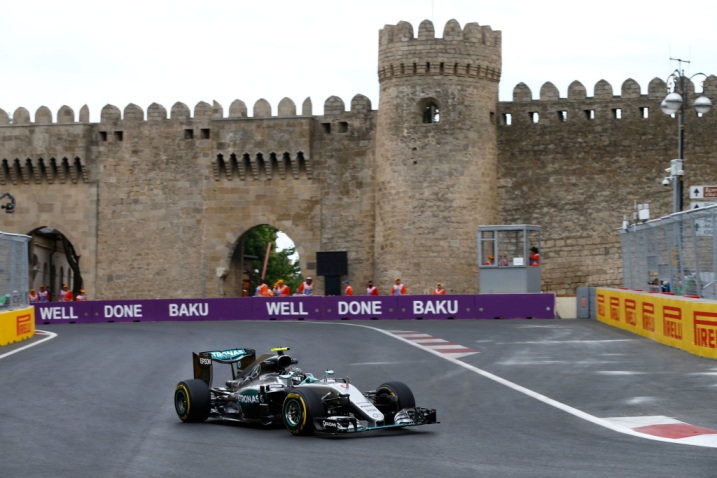 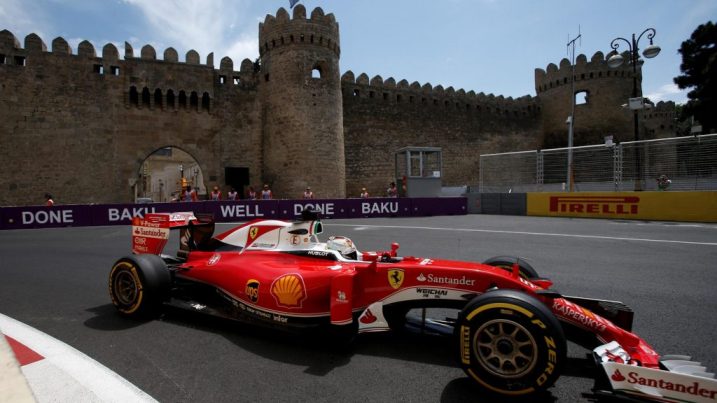 Nico Rosberg increased his lead in the drivers’ championship when he returned to winning ways with a smoothly comfortable lights-to-flag victory for Mercedes in Sunday’s European Grand Prix.

His Mercedes team-mate and defending champion Lewis Hamilton came home a frustrated fifth after a race dogged by technical problems on the tricky new Baku street circuit as Azerbaijan hosted its maiden Formula One race.

After two successive wins had lifted him back into contention for a fourth title, Hamilton slipped back to 24 points behind Rosberg whose return to form brought him his 19th career victory.

Four-time champion Vettel took full advantage of an off-form day for Red Bull and drove steadily to finish ahead of Sergio Perez of Force India who passed Kimi Raikkonen in the second Ferrari on the final lap.

Valtteri Bottas finished sixth for Williams ahead of Australian Daniel Ricciardo and his Red Bull team-mate Max Verstappen with Nico Hulkenberg ninth for Force India and Felipe Massa 10th in the second Williams.

Rosberg now has 141 points in the title race and Hamilton 117.

“The weekend went perfectly for me, an awesome day,” said Rosberg.

“An incredible circuit,” said Vettel. “High speed corners and very close -– and for us, a great recovery and now I’ve had two second places in a row. We are coming along ok now.”

Perez said: “Yesterday, when I hit the wall in qualifying I was very frustrated with myself, but the team did a great job to repair the car.

“And today after starting from P7 it was a fight all the way. It was very nice to take Kimi on the last lap!”

On a hot afternoon, with a track temperature of 49 degrees Celsius, the race began without major drama, Rosberg pulling clear at the start ahead of Ricciardo once his car kicked into acceleration.

Hamilton held steady in tenth for two laps before swiftly rising to eighth before the first round of pit-stops.

Rosberg built a lead of nine seconds in the opening six laps as Ricciardo followed Verstappen into the pits, switching from super-softs to softs.

On lap 11, Hamilton finally squeezed past Bottas under braking at Turn One to take fourth. His battle with the Finn was costly and he was 24 seconds adrift of Rosberg who led Vettel with Perez third and Hamilton chasing.

The champion complained of brake problems and vibrations before pitting after 16 laps –- going to softs –- and rejoining ninth. Rosberg, in clean air at the front, was in supreme control, 20 seconds clear by lap 18.

Perez pitted to match Hamilton’s strategy and rejoined eighth in front of the Englishman shortly before Vettel and then, finally, Rosberg came in.

The power advantage of the Mercedes engine was apparent as Rosberg rejoined in the lead ahead of Raikkonen and Hamilton following Perez past Ricciardo on the long straight.

By lap 23, following the pit-stops, Rosberg was 19 seconds clear of the Finn, followed by Vettel, Perez and Hamilton.

Not only down on power, the Red Bull men were also struggling with their tyres and both drivers pitted again, to switch to mediums, Ricciardo rejoining 13th.

Hamilton’s surge was slowed but due to a ban on radio instructions, Mercedes were not allowed to help him, as he grew more and more frustrated and irritated by looking “at my frickin’ dash every five seconds.”

Frustration was the order of the day and was reflected in much swearing by drivers, notably Raikkonen, on team radio as they complained of traffic and other problems.

Finally on lap 43, Hamilton’s problems appeared to be solved as he set a fastest lap and began a real charge in earnest.

He was nearly 14 seconds behind Perez with eight laps to go but at the front Rosberg, in a race of his own, cruised towards his fifth win of the season. – Agence France-Presse