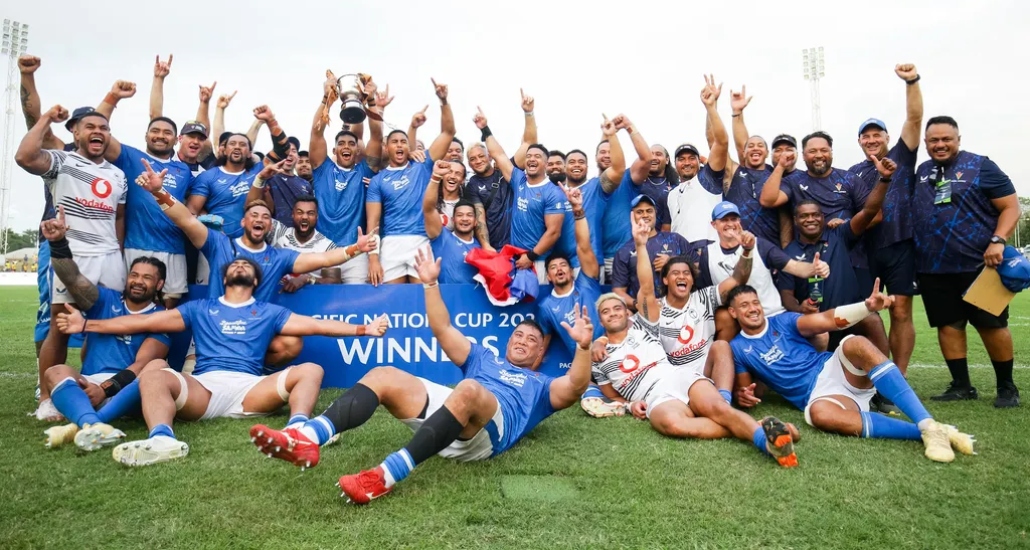 With a perfect three wins out of three, Samoa has claimed the 15th World Rugby Pacific Nations Cup organised on Fijian soil with a narrow come from behind victory over Fiji 23-20 at Churchill Park in Lautoka. They finish above Australia A, hosts Fiji and Tonga in the overall standings.

Samoa trailed 3-17 at halftime but two unanswered tries in the second half were enough to secure a famous win.

It is the fourth time that Samoa has lifted the Pacific Nations Cup trophy after their success in the 2010, 2012 and 2014 editions.

Earlier in the day, Australia A secured second place after a convincing 39-22 win over Tonga, meaning Samoa had to win the final match of the tournament to be crowned champions.

Tonga will take the experience gain from the tournament for their decisive fixture for Rugby World Cup qualification against Hong Kong on 23 July. The two side are meeting in a one-match play-off in Australia’s Sunshine Coast stadium to decide who qualifies as Asia/Pacific 1 and joins South Africa, Ireland, Scotland and Europe 2 in Rugby World Cup 2023’s Pool B.

The tournament was shown live on World Rugby platforms for a majority of rugby fans worldwide outside of Fiji, Australia and New Zealand. – WORLD RUGBY