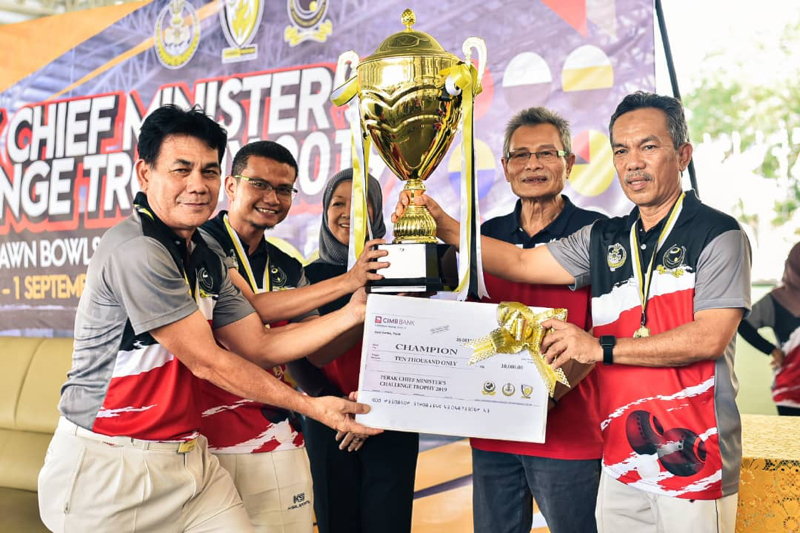 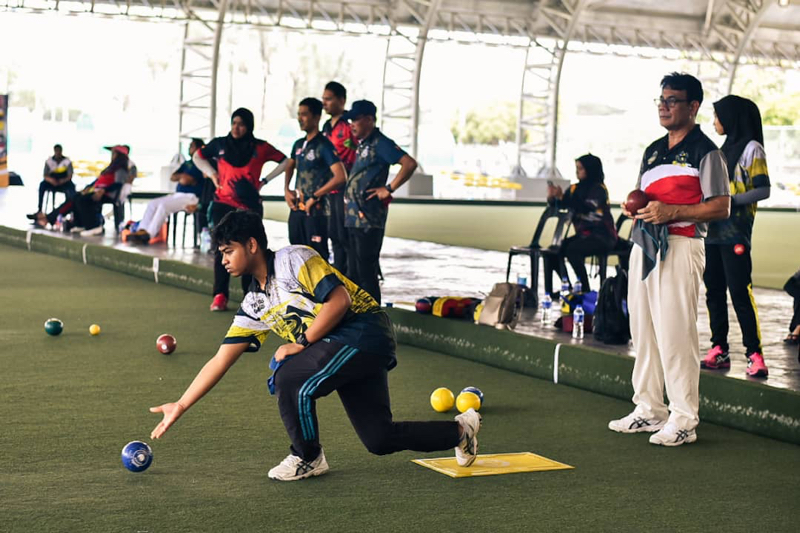 It was the father triumphing over his son’s team in the all-Perak final between Perak A and Perak Sukma ‘A’ in the Chief Minister’s Challenge trophy triples lawn bowls competition at the Perak Lawn Bowls today evening.

It was the father triumphing over his son’s team in the all-Perak final between Perak A and Perak Sukma ‘A’ in the Chief Minister’s Challenge trophy triples lawn bowls competition at the Perak Lawn Bowls today evening.

In the end it was experience which was the telling factor was Perak A came from behind to win in the final 15 end by one shot – 15-14.

Perak A went into the final end trailing 12-14 and in nail-biting finish for every draw. Every time Perak Sukma had the upper hand it was vice skip Ramble and Sazeli who neutralised the situation until the final draw to win.

For Perak Sukma A, Zikry Sazeli the rising star of the Silver State who has already earned the right to represent Malaysia in the world Champions of Champion championship in Adelaide next month after emerging in the national Champion of Champions in Terengganu recently, did everything possible to have the edge, but his father always had an answer to level things or take the edge.

“This is the first time I am playing against my son in a competition. While it was good to see an all-Perak final and my son playing against me, but I felt guilty have to edge him and his team,” Sazeli immediately after the game. 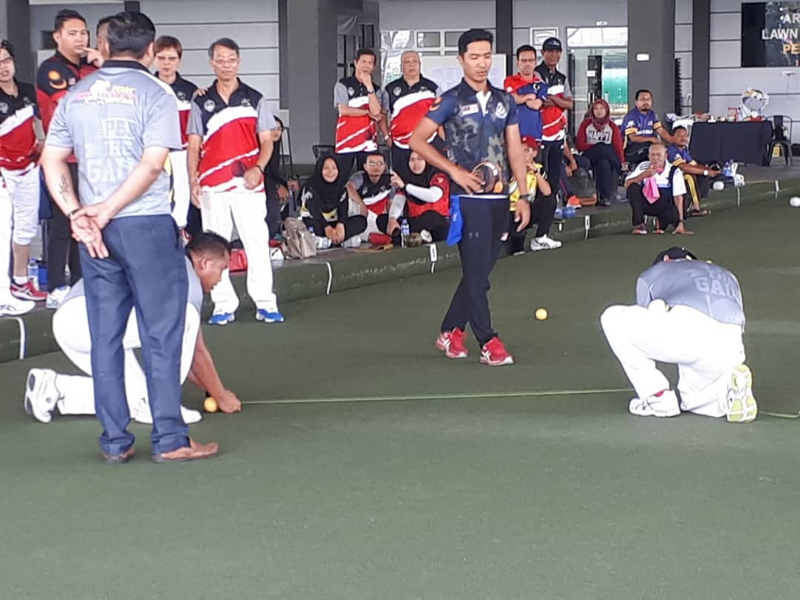 “While I and my team are proud that we won, somewhat I feel sad too because my son has to take second place. We parent are always supposed to support and motivate our children to do well. Here I had to compete against him and defeat him.

“I hope it takes it in the right spirit and continues to soar to greater heights and I will always be there to support him,” said Sazeli a former national player himself.

Zikry on the other hand, was glad that he was playing against his father after having in the same team with his father many times.

“It was different but I did not think of my father being my opponent, but just an opponent in the final,” said Zikry.

“We tried our best, but I suppose their experience had the slight edge our us. We gave a good fight and led many times, but it was sad that we had to lose in the final end.”

Fitri’s team earlier in the semifinals, edge PDRM C by their skin of teeth amidst a strong challenge led by the PDRM ‘C’ skip Hizlee Abdul Rais, a national bowler.It a controversial sudden-death when the one shot had to be measured after Zikry had ‘drive’ his last draw to send the ‘jack’ out of the rink.

The jack was placed in the centre ‘T’ but when it came to measured, Saufi pointed out that the ‘jack’ was out of the centre of the tee by centimetres.

But the umpires ruled it out because it had to be pointed out when the ‘jack’ was placed and with that Perak Sukma A won by one shot which was closer to the ‘jack’.

Perak A as champions took home RM10,000 and won the Chief Minister’s Challenge trophy. Sukma A won RM7,000 as runners-up, while PDRM A and PDRM C pocketed RM5,000 and RM 2,000 for the third and fourth placing.

Teams who placed among the 9th to 16 took home RM500.PDRM B emerged champion of the Plate when they defeated Perak Sukma B and won RM500 and RM300 respectively.

In the Spoon category India B best Cosway Wes to emerge champions and receive RM500 and RM300 respectively.A total of RM32,600 is offered in this championship. 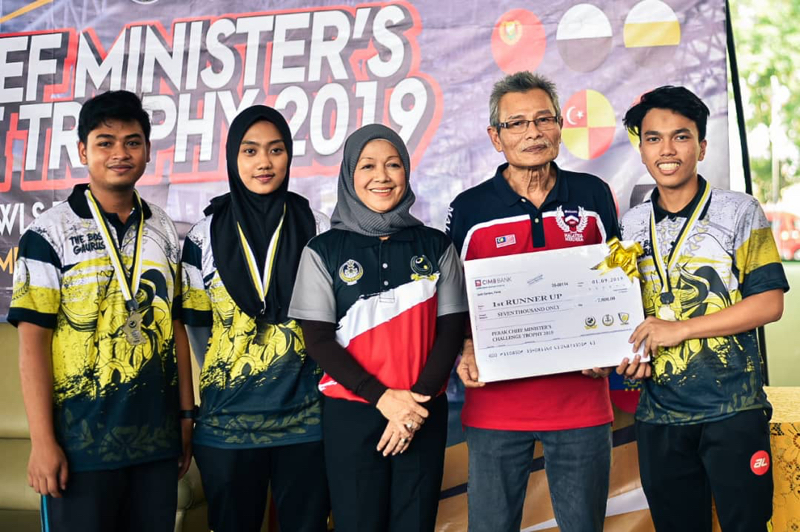 The six countries who competed were Hong Kong and India who fielded two teams and China, Thailand, Korea and Singapore who sent a team each.

But the international teams found the going tough in this competition and were reduced to finally playing in the Plate and Spoon category.

This competition which was initiated by the Chief Minister of Perak, Ahmad Faisal Datuk Azumu, which offered the highest champion prize money ever being offered in the sports of bowls.

“We intend to make this Chief Minister’s Challenge Trophy triples lawn bowls championship a well-known championship not only in Malaysia, but in the region,” said Tengku Noor Hazah.