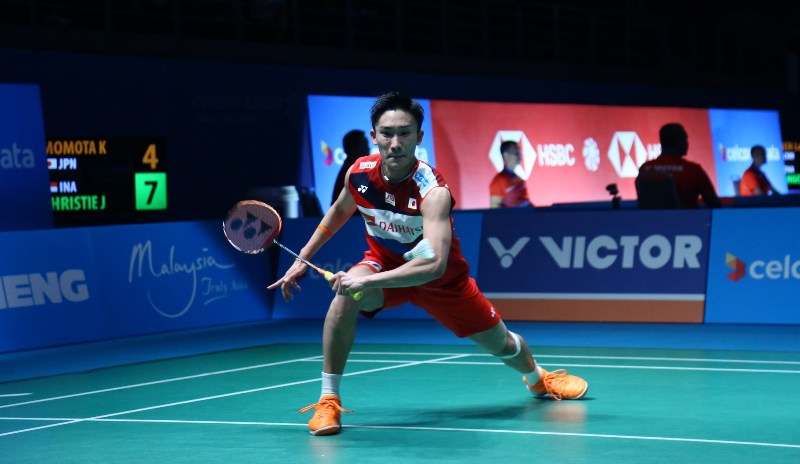 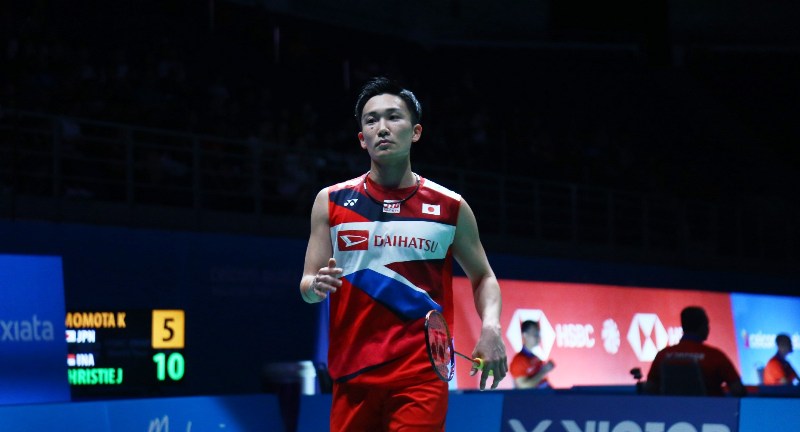 The year 2019 belonged to World No 1 KentoMomota who ended the season with a bang as he clinched his record 11th title by taking the season-ending BWF Tour Finals in Guangzhou, China earlier this month.

Now the 25-year-old Momota wants to start the new season with a ‘bang’ too when he competes in the season opener in the HSBC BWF World Tour Super 500 the USD400,000 Perodua Malaysia Masters 2020 presented by DAIHATSU which will be held at Axiata Arena, Bukit Jalil from Jan 7-12.

Momota is the top seed and hot favorite to win the Malaysia Masters but the Japanese ace, however, humbly says he is “not a legend yet” like China’s five-time world champion and two-time Olympics gold medallist Lin Dan and his idol, Chong Wei.

While Lin Dan is still playing competitive badminton on the world tour, Chong Wei is now retired due to health issues after being diagnosed with nose cancer.

Dubbed a “complete player” for his exploits on the court, Momota wants to kickstart the new season on winning mode to embark on his personal mission – next year’s Tokyo Olympics in August.

Momota wants to wipe out the “pain” he underwent in 2016 when the Nippon Badminton Association slapped him with an indefinite ban after he was found guilty of gross indiscipline for gambling at illegal casinos in Japan.

It was a painful episode that saw him miss the Rio Olympics where he was touted as a medal prospect. The ban was lifted in May 2017.

The undisputed “shuttle king” wrote himself into the record books by winning his 11th title in 2019 when he came back from a game down to beat Indonesia’s World No 7 Anthony Ginting 17-21, 21-17, 21-14 in a pulsating 87-minute encounter in the World Tour Finals in Guangzhou.

It made up for his defeat to China Shi Yuqi in the World Tour Finals in 2018.

The win in Guangzhou was the icing on the cake for Momota who a day earlier was named the BWF Player of the Year for 2019. He retained the world and Asian titles apart from winning the prestigious All-England title.

Momota, however, is “not satisfied yet” and boldly added that “I’m aiming higher and higher” which makes him the star attraction at Malaysia Masters at the Axiata Arena.

The Japanese ace will open his season’s campaign against India’s former Commonwealth Games champion P. Kashyap. A win will pit him against compatriot KantaTsuneyama (ranked No 16) or India’s No 26 ranked H.S. Prannoy for a place in the quarter-finals.