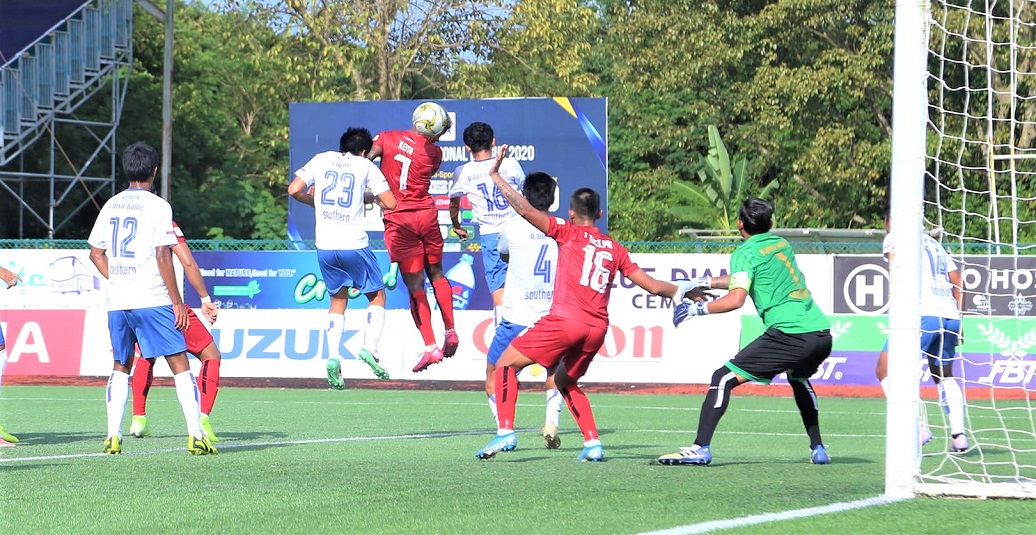 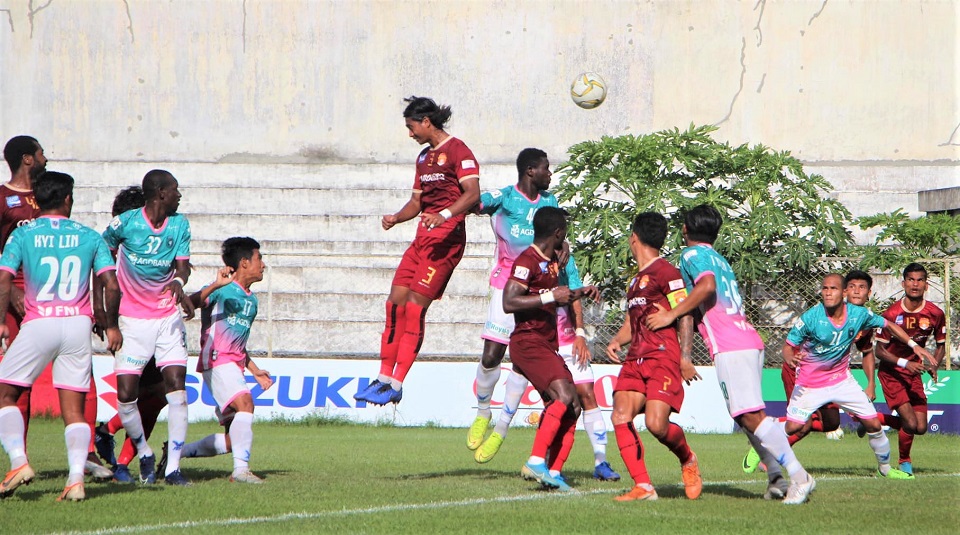 Shan United have taken the surprise lead in the MPT Myanmar National League 2020 with just a match to go and likely to defend the title they won last season.

With leaders Ayeyawady United falling to a 4-2 defeat to Yangon United and closest rivals Hantharwady United losing to Magwe FC by the same 4-2 scoreline, it has allowed Shan United to go top of the standings.

This was made possible following their close 2-1 win over Southern Myanmar when they came back from a goal down from Phone Myat Kyaw’s early 19th minute strike.

Shan United found the back of the net through Zar Nay Ya Thu’s equaliser in the 37th minute and then Djedje Djawa’s 57th minute penalty.

The win saw Shan United picking up 41 points from 17 matches played and with a game to go to the end of the season.

On the other hand, Ayeyawady cracked under pressure to Yangon United 4-2 with Ernest Barfo scoring twice in the 10th and 53rd minute to be followed by Kyi Lin (50th) and Emmanuel (78th).

The goals for Ayeyawady were scored by Success’ 36th minute penalty and Thiha Zaw strike ten minutes to the end. 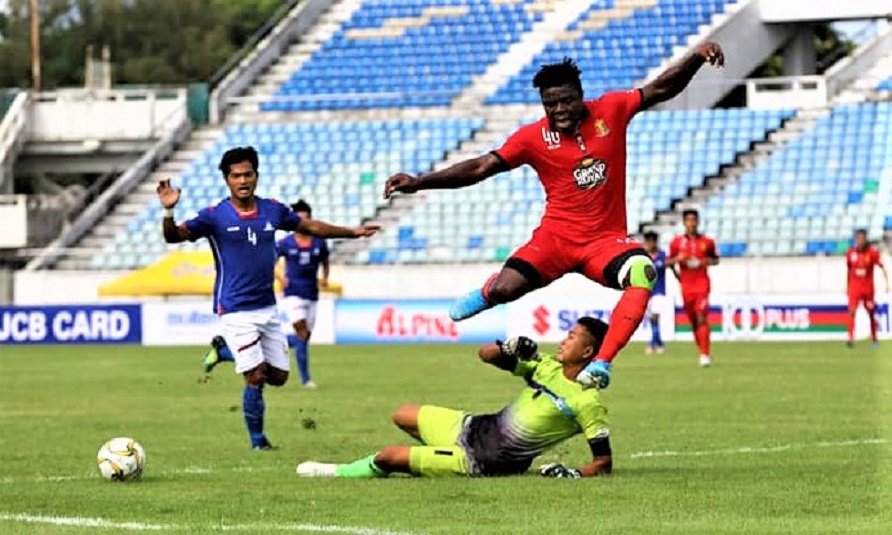 Hantharwady fared no better when they fell to a 4-2 loss to Magwe – despite taking the lead through Aung Hlaing Win in the 21st minute.

But Magwe fought back off goals from Aung Myint Tun (49th and 61st), Soe Lwin Lwin (80th) and Naing Naing Kyaw (89th) as Donald Bissa’s penalty for Hantharwady in the 78th minute failed to ignite a late fightback. 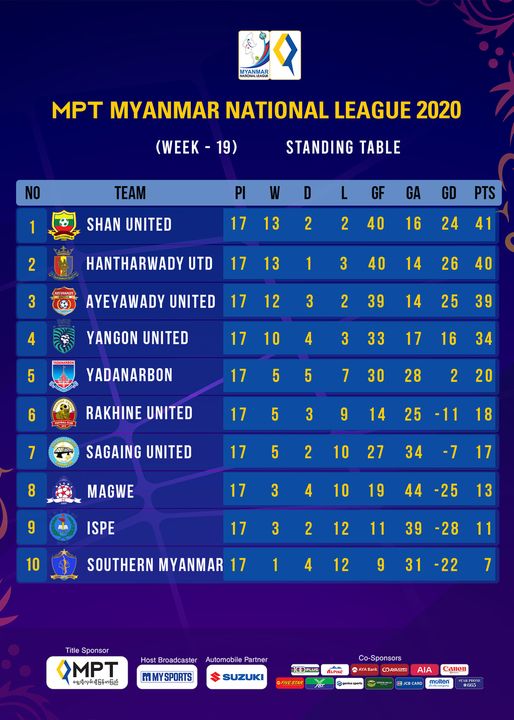