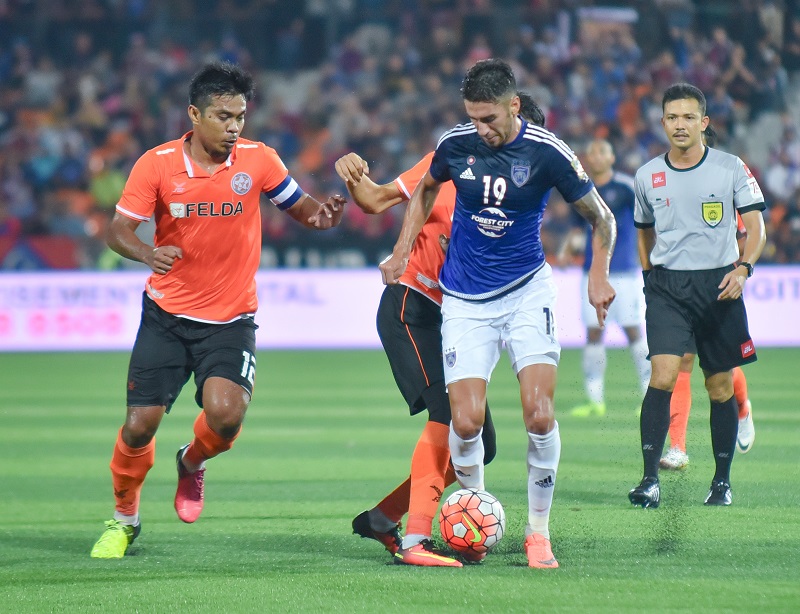 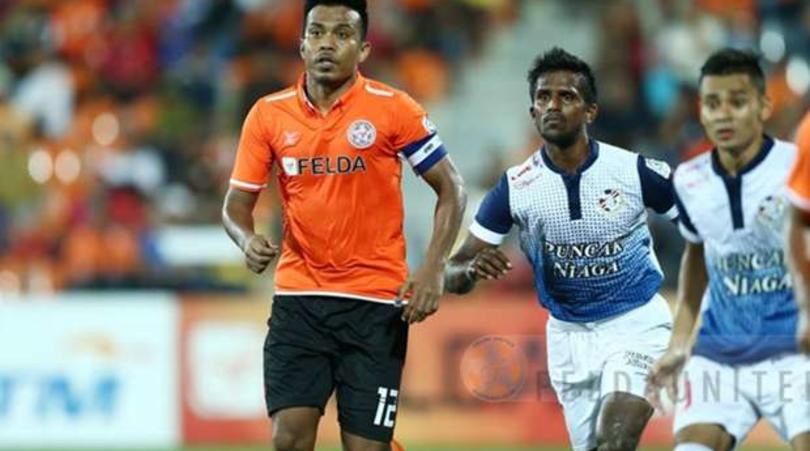 # At 38 Shukor is the oldest outfield player in the Malaysian League
# ‘He earns and knows how to take care of himself’ – Sathianathan
# ‘Shukor can put many a youngster to shame with his discipline and commitment’ – Sathianathan
When many others, much younger than him, are calling it quits former international Shukor Adan, at 38, is still very much into competitive football plying his trade in the tough Malaysian League.
The Malacca-born Shukor, who has never donned his state colours at senior level although he started his youth football career with the state ( 95-97) before moving to neighbours Negri Sembilan (98-99) where he also began his senior career.
Today, Felda United, relegated to the second-tier Premier League after the plantation giant failed to meet the new competition regulations to secure a club licence, have set targets to get promotion to the elite Super League.
Coach B. Sathianathan, crowned as the Best Coach at the recent National Football Awards, speaks highly of his prized possession whom he describes as a “priceless gem” and a good leader.
“Shukor is a rare breed. He is very disciplined, on and off the field, and more importantly a role model for the young and also seniors who are still playing the game at competitive level,” said Sathianathan, a former national coach who took over the Felda hot-seat in February.
“Just like the Felda management has placed the trust in me, I have placed the trust in Shukor to take the team back to the Super League and hopefully win one of the Cups (Malaysia Cup and FA Cup). Shukor has the character and commands respect on the field.
“The 2017 season was fantastic for us…we finished third in the Super League and also made the Malaysia Cup semi-finals (lost to Kedah in the semi-finals). It is hurting to get demoted to the Premier League but we have accepted the challenge and will show that we are a Super League material.
“In Shukor the team has a leader and his discipline on field is second to none. He is very committed in his job and at 38 he is a shining example who can inspire the team.
“Age is not a factor to Shukor. He takes enough supplements to take care of himself. He earns to take care of his body while others may just earn without bothering about their physical shape.
“I have faith in him and we want a quick return to the Super League. Shukor and company know what is needed to succeed. They are all aware what happened to the team this year and are determined to make good in the new season.
“The management has sorted out the ‘mess’ and everything is in order for the team to perform without any worries,” added Sathianathan, who is a known stickler for discipline.
Shukor’s footballing career even took him to Brunei for a brief stint after ending his international career. He played for Malaysia from 2001 to 2014 and made 54 appearances, scoring five goals, although he plays as a defensive midfielder or a centreback.
At senior level Shukor donned Negri Sembilan colours from 2000 to 2001 before moving to Selangor where he stayed the longest (2002-2008). He returned to Negri Sembilan for another stint (2009-2012) and played for Armed Forces in 2013 before joining Felda United in 2014.
Shukor has won every football title in Malaysia – the Charity Shield, the Malaysia Cup, the FA Cup and the League Cup.- BY RIZAL ABDULLAH