Home News Others SIC collaborates with Perbadanan Menteri Besar Kedah for the development of... 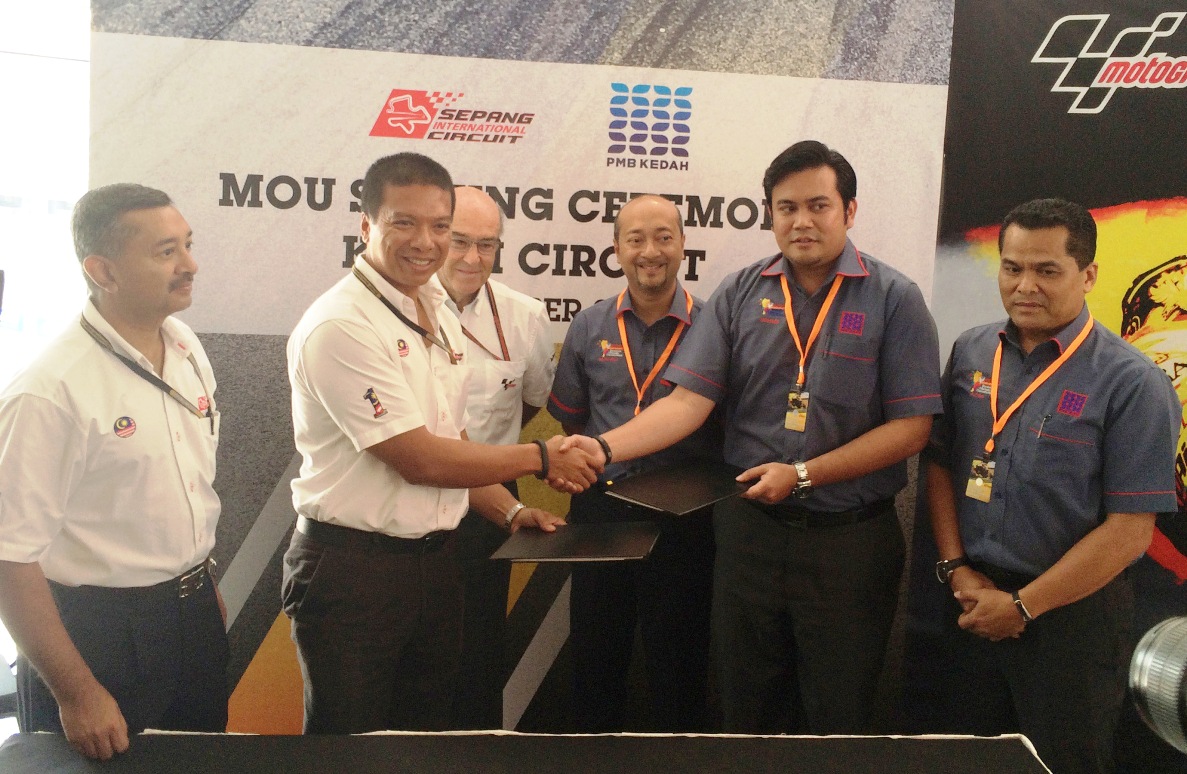 The signing was witnessed by Dato’ Seri Mukhriz Mahathir, the Menteri Besar of Kedah and Tan Sri Mokhzani Mahathir, the Chairman of SIC, together with Carmelo Ezpeleta, CEO of DORNA. Under the MOU, SIC will provide its expertise for the development of the Kedah Circuit and later as the management advisor of the circuit. This will include technology transfer initiatives and the development of a business model that will allow the potential of the circuit to be maximised.

The proposed Kedah Circuit will feature a race track, off road course, drag strip, grandstand and hillstand seating, a paddock building and retail premises, among others.

In his speech, Kedah Menteri Besar Dato’ Seri Mukhriz said he aims to make Kedah the motorsports hub of the northern region. “Our homegrown talent in motorsports has shown promising success, such as in Moto2 and Moto3, so we want to help our youths in the north pursue their dreams whilst remaining close to home. With a professional-level racing circuit in the state, talents with supporting skills will also have job opportunities that do not require moving to the Klang Valley. Success for the Kedah Circuit will mean overall revenue inflow, including from tourism and commercial investment. We also want the circuit to provide a brighter future for our youth, via a safer racing environment, to eliminate motivations for illegal street racing. Looking at SIC, we aim to replicate similar success on a smaller scale,” said Dato’ Seri Mukhriz.

“It has been reported that Southeast Asia is currently the world’s third largest market in the two-wheel vehicle industry. Thus, the time is ripe for individuals or corporations to make the push to gain a foothold in the industry – regardless if they are central to two-wheel motorsports or from peripheral industries. The forum is a golden opportunity for delegates to interact with and learn from leading figures in the industry, listen to new ideas, debate current issues and network with other like-minded people. This year’s forum builds on the success from last year, proving that we are moving in the right direction – taking SIC far beyond merely organising races, towards empowering the motorsports industry ecosystem as a whole,” said Dato’ Razlan.

“Motorsports-related business has been growing rapidly and more stakeholders are now participating in the thriving two-wheel racing landscape. SIC is proud to have initiated the Southeast Asia Motorcycle Business Forum, which is the first of its kind in the region. The forum has allowed industry leaders to network amongst themselves and with stakeholders of all levels, thus moving the business of motorsports to the next level. This forum is also a prelude to the bigger Motorsports Business Expo that SIC is organising in 2015. The delegates present today can already sign up for the expo in advance – regardless if they are from industry or non-industry related fields,” added Dato’ Razlan.