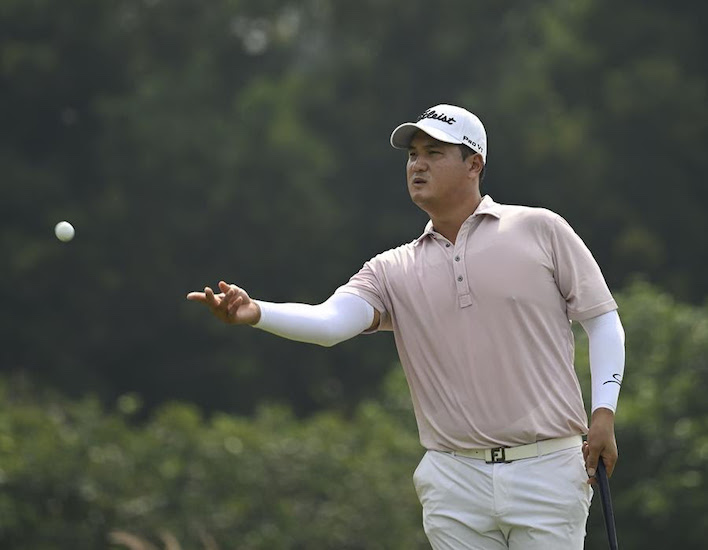 Sihwan Kim has been rewarded for a phenomenal season on the Asian Tour by being voted The Players’ Player of the Year by the Tour’s membership, after the final count from an online poll was completed this week.

The US$5 million Saudi event, played at Royal Greens Golf & Country Club in February near Jeddah, was the opening tournament of the 2022 season and saw the Asian Tour enjoy one of the most memorable weeks in its history at an event that boasted the strongest field it had ever assembled, playing for one of its most lucrative prize funds.

Madinaty Golf Club, opened in late 2020 and at the forefront of the Egyptian golf scene, hosted the inaugural International Series Egypt in November – where former amateur star American Andy Ogletree won for the first time as a professional – and its golf course was an instant hit with the players.

“I am sure nobody is surprised that Sihwan Kim has been bestowed with one of the Asian Tour’s most important awards, The Players’ Player of the Year Award,” said Cho Minn Thant, Commissioner & CEO, Asian Tour.

“This is a mark of true respect as it is voted for by the players, and it is justly served to a player who stayed dedicated and focused, patiently waiting for his time to come.”

Kim completed the finest season of his 11-year professional career at the season-ending Indonesian Masters when he wrapped up the Merit title, appropriately on the day he turned 34.

He finished the year with US$627,458 in earnings, with Bio Kim from Korea second and Zimbabwe’s Scott Vincent third.

“At the Saudi International the Asian Tour got off to the best possible start thanks to a world-class field and global television audience. The whole experience set the benchmark for the Tour and was aspirational,” said Cho.

“The International Series Thailand was held soon after and was a resounding success and the ideal way to kick off the International Series, while Madinaty Golf Club proved to be an outstanding venue, something that our members repeatedly said throughout the week. The course lent itself perfectly to a tournament of that scale, which is a testament to the hard work and commitment of everyone at this very special venue.

“The club also went the extra mile by building a driving range for us and put in extra effort to present the golf course in immaculate condition. Several of the players and officials mentioned that the course was the best paspalum course they had ever seen.”

The latest list of award winners completes the line up for 2022.

Bio Kim, a graduate of the 2020 Qualifying School, had the honour of being named Rookie of the Year. In his first full season on the Tour, he won the GS Caltex Maekyung Open on home soil, and had four other top five finishes to come close to winning the Merit list.

Joohyung Kim won Best Stroke Average with a score of 68.93, the pre-cursor to a breakthrough season on the PGA Tour where has triumphed twice; Thailand’s Nitithorn Thippong topped Total Birdies with 263 birdies; Korean Kyongjun Moon led Greens in Regulation on 77.41%; Swede Bjorn Hellgren secured the Driving Distance title with an average of 313.62 yards; and Siddikur Rahman’s mastery of the short game was on display once again with the Bangladesh star leading Putts per Round, with a median of 28.25 putts per round.

Rookie of the Year – Bio Kim