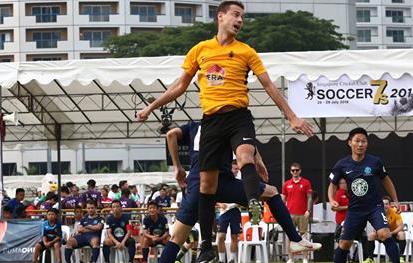 THEY’RE one of the oldest Asean sports clubs and the 1852-founded Singapore Cricket Club (SCC) showed why, what, when, where and how they go the extra mile in hosting the annual famous football international sevens.

The SCC 7s, over the past three decades, have grown in regional repute as one of Asia’s most popular football events and now they’re ranked as one of the region’s best tournaments with ample proof coming from a record 60 teams from 17 countries and 720 registered players this season.

But what makes them stand out from the crowd, meaning going the value-added extra mile, are the fringe events organised over the weekend from yoga morning sessions to events for the under-privileged kids and even for the major sponsors, to play competitively in the corporate category.

“We’ve worked hard and built on the SCC International Soccer 7s to make it more global with visions to highlight the many talents of Asian football and its promising young players throughout the region,” says Chairman of Organising Committee Amos Boon.

“For example, the Youth tournament brings teams from underprivileged homes in Asia being invited for a weekend of competitive soccer. The tournament is quickly growing into a marquee club soccer event and it continues to aim to raise the profile and standard of Asian football to a higher level, aided by the introduction of top professional teams from around the globe.” 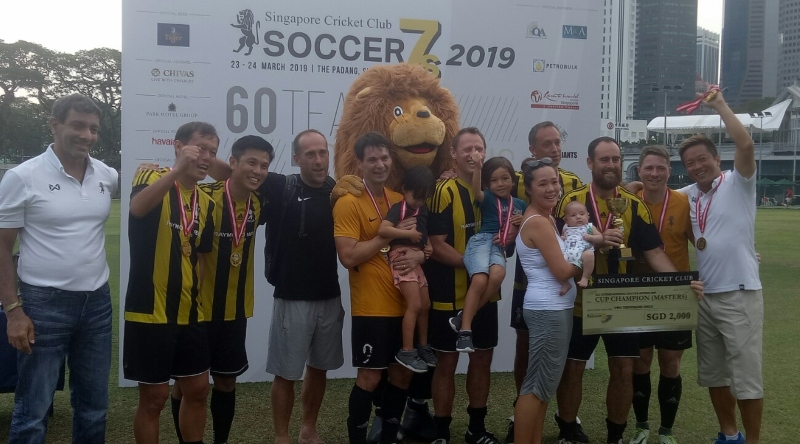 He says: “We are extremely encouraged by this year’s participation of a total of 720 registered players, all descending on the iconic Padang.  We’re excited for the inaugural Corporate category which allows for multi-national organisations to play together and grow as stronger teams while also having the opportunity to build stronger networks with one another.” 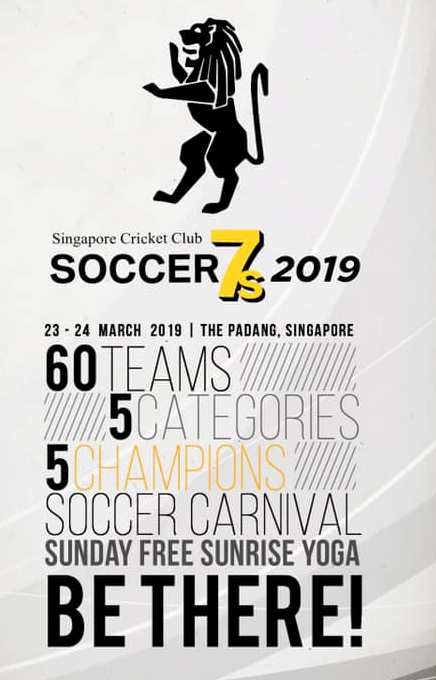 Celebrity world-class players also added the glittering shine with retired Spanish midfielder Nayim (Mohammed Ali Amar), hosting the pre-tournament auction. He is most popularly known for scoring a last-minute goal for Real Zaragoza in the 1995 UEFA Cup Winners’ Cup Final against Arsenal, with a 30-metre lob in the final minute of extra-time.

From Malaysia, Datuk Santokh Singh added the special VIP flavour. An iconic defender, he played for the Harimaus (Malaysian football team’s nickname) in the 1970s and 1980s, with a special qualification for the 1980 Moscow Olympic Games. He starred for Malaysia in the 1974 Asian Games in Tehran, capturing the bronze medal, and winning the South-east Asian Games gold medal in 1977 and 1979. At club level, Santokh played for Selangor from 1972 to 1985, winning nine Malaysia Cups as the captain.

Jita Singh was Singapore’s renowned personality. The former international fullback was the first Sikh to don Singapore colours in the 1970s and he was awarded the SNOC 1981 ‘Coach of the Year’ as the youngest 31-year-old coach to win the Malaysia Cup In 1980.

Amos also salutes that in conjunction with the SCC Soccer 7s, the Chelsea FC International Development Centre Singapore conducted a special training session for two visiting youth teams – Youth Football Home (Phuket, Thailand), a home for orphaned and destitute children and Bali Sports Foundation (Bali, Indonesia), a foundation that works on improving the lives of people with disabilities through sports and play.

“Yes, we do aspire always to go the extra mile and I must thank the SCC Football Section members for bending backwards, now just in a rip-roaring organizational structure, but in their commitment to youth development by providing opportunities for youths to travel, learn and gain new experiences while playing and competing at a regional level,” adds Amos, who was previously President of the Wakeboard Association (Singapore). He has also represented Singapore in the Asian X-Games.

Amos, a former Singapore youth international and Combined Schools player, for the record, also added a unique feather-in-the-cap as probably the world’s first tournament organising chairman to play in the Masters event for SCC. He saved a sudden-death penalty-kick for the narrow win over Bangkok Masters from Thailand.

SCC President Sher Baljit Singh gave the thumbs-up, too, to the organisers. He says:  “We warmly welcome back all participating teams, officials and supporters to the Soccer 7s tournament. This year saw 60 teams, up from last year’s 54 teams, and we’re delighted for the inaugural Corporate category with eight organisations making their debut. The fringe events like a morning yoga session aroused very good support, too.” 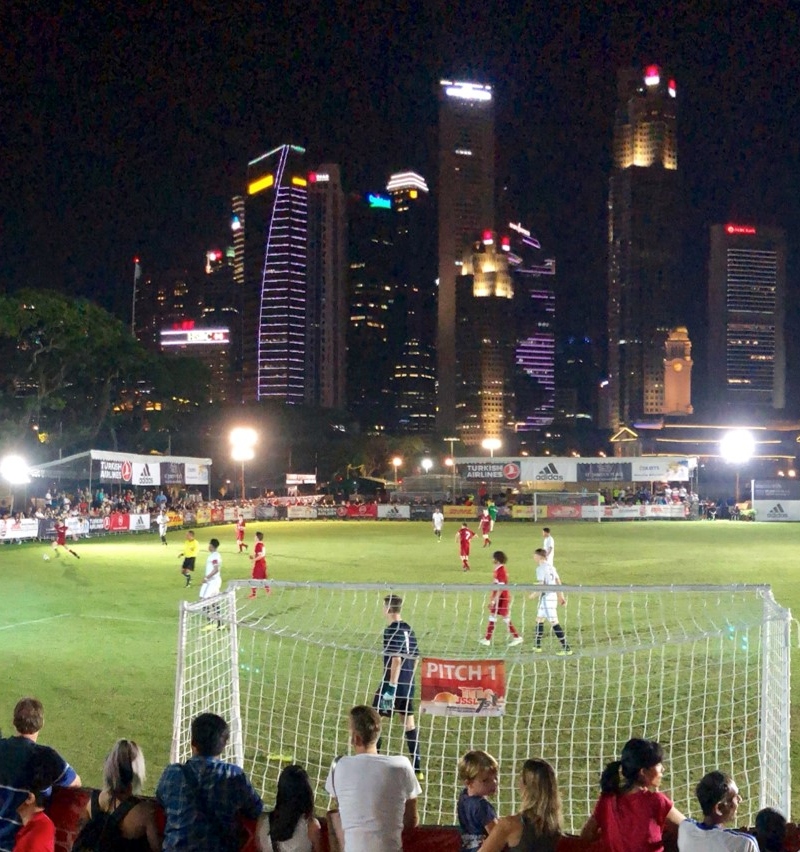 The tournament was sanctioned by the Football Association of Singapore (FAS) and supported by Macoocoo, Raymond Weil, Park Group Hotel, Tiger Beer and other official partners. FAS President Lim Kia Tong was the guest-of-honour at Sunday’s final.

Hong Kong FC won the ‘Open’ event with a 2-1 win over SCC Firsts. SCC Masters, with Amos Boon as the iconic goalkeeper, won the ‘Masters’ with a penalty-shootout win over Royal Bangkok Masters.

In the ‘Legends’ category, Bangkok Airways edged out Singapore Polytechnic. Cabin Crew FC triumphed in the ‘Corporate’ event with a 4-1 win over Resorts World Sentosa. And in the ‘Youth’ event, Bali Sports Foundation carved out a 1-0 win over LFA Protectors Academy.

Hats off again to the 1852-founded Singapore Cricket Club (SCC), under the football leadership of Amos Boon. They boldly showed how to go the extra mile to make a football product into an eye-catching wholesome regional sporting entity. – By SURESH NAIR