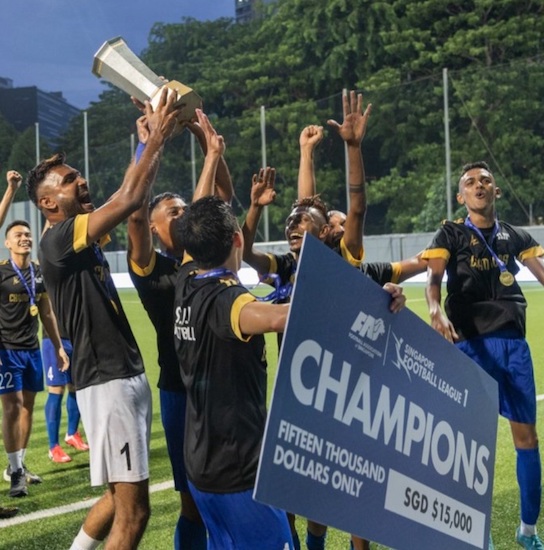 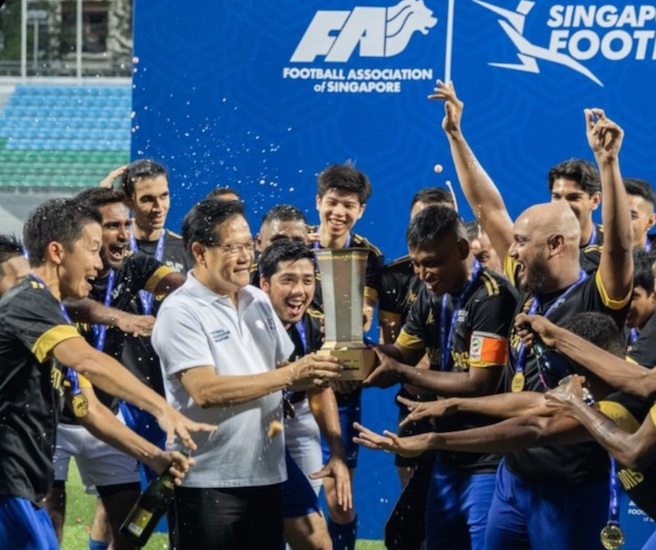 With the triumph, SKA became the 13th winner of the competition and prevented Tiong Bahru FC from winning their third consecutive title.

The SKA players were confirmed as champions at the penultimate round of the season. Having lost 3- 1 to Katong FC, Warwick Knights FC – then in second place – needed to win its remaining two games to have any chance of lifting the title. However, they could only muster a 2-2 draw against GFA Sporting Westlake FC on Saturday, 3 September 2022 which rendered SKA’s point advantage insurmountable.

The prize ceremony was held at the Jalan Besar Stadium after SKA’s final match against Project Vaults Oxley SC yesterday where SKA won 3-1. The team received $15,000 along with the coveted trophy from the FA of Singapore President, Lim Kia Tong.

As the bottom two teams in the league, GFA Sporting Westlake FC and Mattar Sailors FC will be relegated to SFL 2 next season. The promoted teams will be made known at a later time with the SFL 2 still having four match days left to play.