Home International Spectacular views of The Needles and Arundel Castle 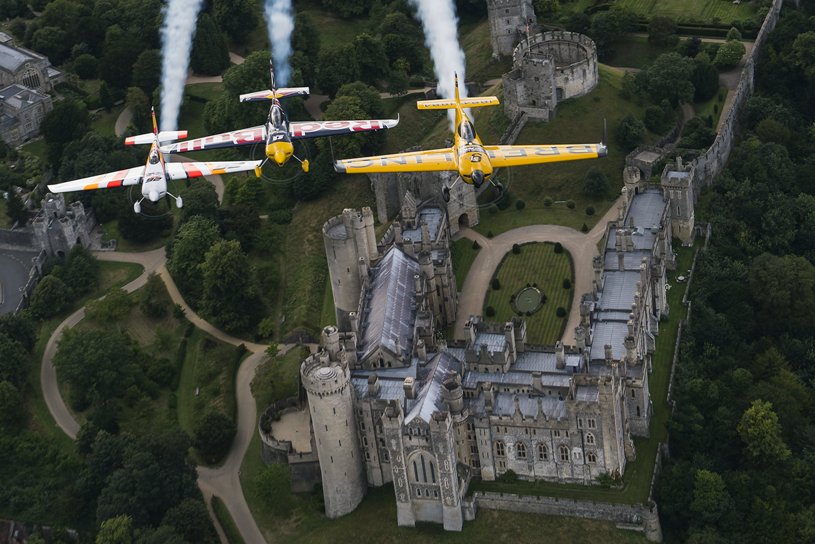 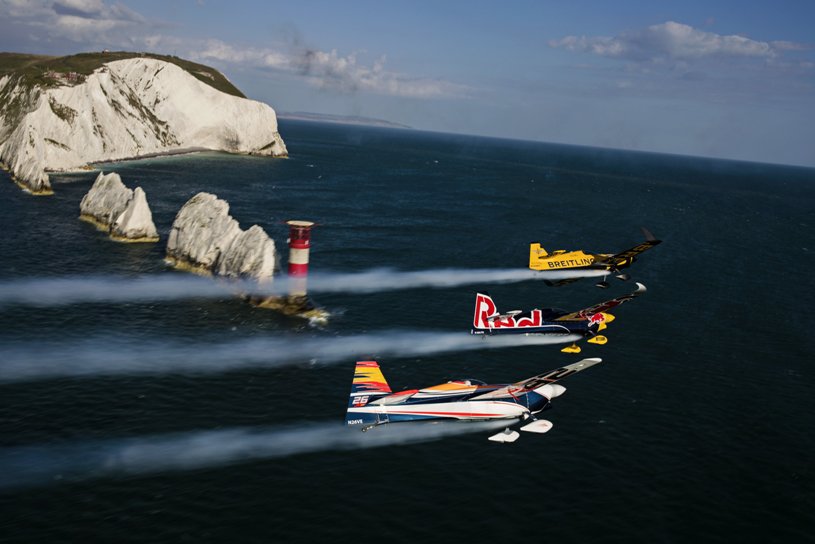 With Ascot in the air, the teams of the Red Bull Air Race World Championship are busily preparing for a return to the UK’s famous horseracing venue this weekend, but Britain’s own world champion Nigel Lamb found time to lead fellow pilots Martin Šonka (CZE) and Juan Velarde (ESP) on a spectacular recon flight to The Needles and Arundel Castle.

ASCOT (UNITED KINGDOM) – The Needles at Britain’s Isle of Wight may be some of the most photographed rock formations in the world, but few views of the area could match those enjoyed by three racing pilots on Tuesday when they flew by the chalk pinnacles, as well as nearby Arundel Castle, ahead of the Red Bull Air Race World Championship stop at Ascot Racecourse on August 13-14.

Great Britain’s own Nigel Lamb led the way. Ascot will mark the farewell home race for the 2014 world champion, who has announced that he will retire at the end of the season and is keen to give his all for fans enjoying the elegant summertime atmosphere this weekend.

Soaring over southern England was a chance to show two exciting pilots still working toward their first championship – Spain’s Juan Velarde and the Czech Republic’s Martin Šonka – the majesty of the astonishing Needles ridge, as well as the grandeur of the castle, which was founded at the end of the 11th Century and also incorporates magnificent Victorian architecture.

As the second half of the 2016 Red Bull Air Race season gets underway on Saturday and Sunday, Lamb, Šonka and Velarde will contend for world championship points with 11 other top international pilots. At the head of the overall leaderboard is Germany’s Matthias Dolderer, who is making an impressive run for his first title with a deuce of race wins already.

At second and third, two savvy former world champions – Austria’s Hannes Arch and the USA’s Kirby Chambliss – are keeping him in their sights, with a tightly packed field on their heels.

Tickets for the four remaining stops of the 2016 Red Bull Air Race World Championship – including Ascot – are on sale now. For more information on tickets and all the latest, visit www.redbullairrace.com