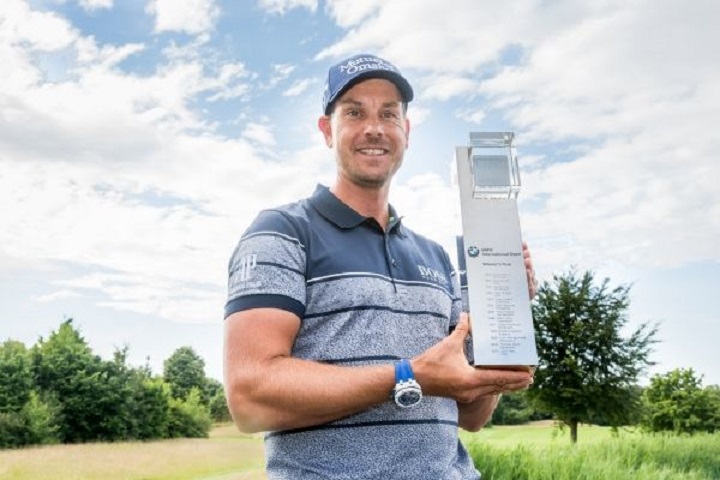 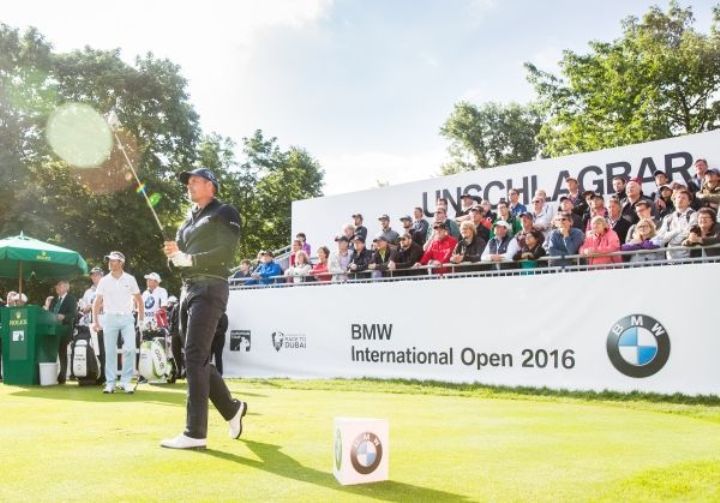 for the second time

Henrik Stenson is the winner of the 28th BMW International Open at Golf Club Gut Lärchenhof. Ten years after his first title at what is one of the most prestigious tournaments on the European Tour, the Swede finished three shots clear on 17 under par (271 shots) to join an exclusive group of just 4 players whose names feature twice on the coveted trophy.

The winner of the 2006 BMW International Open had finished runner-up for the past two years. Heavy rainfall caused play to be suspended yesterday, resulting in Stenson, and the majority of the field, having to play 36 holes today. The “Iceman” refused to allow this to knock him out of his stride, however, carding a total of ten birdies on Sunday and holding his nerve to fend off the challenge of runners-up Thorbjørn Olesen (DEN, -14) and Darren Fichardt (RSA, -14). Fourth place went to Raphaël Jacquelin (FRA, -12), while Sergio García (ESP, – 10) and Kiradech Aphibarnrat (THA, -10) finished tied in fifth place.

For Stenson, who receives a winner’s cheque for 333,330 Euros and climbs to fifth place in the world rankings, the tenth victory on the European Tour was a special one: “It is so sweet to win it now, after coming so close for the last two years,” said Stenson. “Outside Sweden, this is like my second home tournament. I’ve got a great relationship with the German fans. I really feel the support all the time. It is fantastic.” The Swede joins Paul Azinger (USA, 1990 and 1992), Thomas Bjørn (DEN, 2000 and 2002) and Pablo Larrazábal (ESP, 2011 and 2015) as one of only four players to have won the BMW International Open twice.

Stenson, who in 2013 became the only player ever to win both the “Race to Dubai” and the “FedExCup” in one season, was presented with the champion’s trophy by Peter van Binsbergen, Senior Vice President Sales and Marketing BMW Germany. “Congratulations to Henrik Stenson on his impressive performance,” said van Binsbergen after the trophy presentation.

“He showed emphatically why he has been a permanent fixture in the top ten of the world rankings for years. The 2016 BMW International Open has a worthy winner at the end of a tournament week packed with highlights. I would like to thank everyone who has helped to make the BMW International Open such a success. The passionate golf fans, who create such a spine-tingling atmosphere around the course, are the life and soul of a top-class tournament like this. As such, we are delighted that, despite all the rain yesterday, we have still welcomed 58,500 spectators over the course of the week.”

Over the course of the past for days, the stars of the European Tour have treated the crowds at Golf Club Gut Lärchenhof to top-class golf and countless memorable moments. The very first day of the tournament saw Scotland’s Richie Ramsay (+2, T56) hit the ultimate drive and ace the 16th hole.

Ramsay received a dream prize worthy of the centenary of the BMW Group and the BMW brand: the new BMW M760Li xDrive, worth over 170,000 Euros. However, this was not to be the only sensational shot of the tournament: García repeated the feat on the eleventh, and was rewarded with an exclusive hotel voucher, courtesy of corporate partner Hilton.

The best amateur of the tournament was Jeremy Paul (+2, T56) who, along with his brother Yannik, were responsible for a first on the European Tour: this was the first time that twins had teed off at the same tournament. The weekend was a fantastic experience for Jeremy Paul.

“It is a great feeling when you walk onto the 18th and everyone applauds you. It really gives you goosebumps when everyone is clapping for you,” he said on Sunday. “I am delighted that the spectators cheered for me the way they did. It was a magic feeling, and I will not forget the BMW International Open for a long time.”

Runner-up Thorbjørn Olesen showed signs of a return to the kind of form that earned him a reputation as one of the most exciting young players in Europe. The 26-year-old carded three successive rounds of 67 (-5), before coming up just short of his fourth European Tour title. “All in all it has been a good week,” said Olesen after his final round.

“It is always nice to be in contention, but I wish I could have done a little bit more this afternoon and put some pressure on Henrik.” World number 12 Sergio García, an eleven-time winner on the European Tour, had mounted a strong challenge, including a stunning eagle on the 13th, but was stopped in his tracks by a double-bogey on the following hole. The 36-year-old can now look forward to a well-earned rest after playing 36 holes of golf in one day for the second successive tournament. “Two weeks in a row with 36 holes – I’m getting too old for this,” García joked.

The BMW International Open returns to its spiritual home at Golfclub München Eichenried next season.