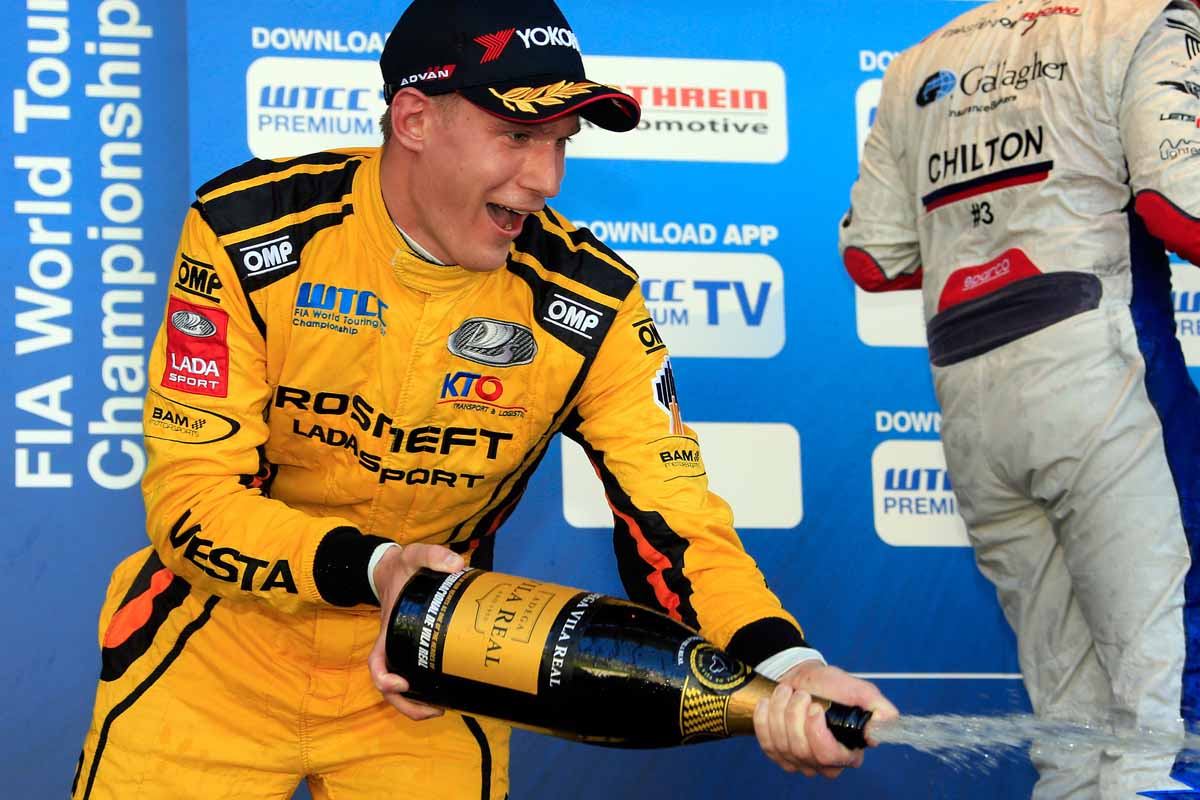 LADA SPORT ROSNEFT claimed another podium finish in the 2016 FIA WTCC with a surprising but well deserved 3rd place for Nicky Catsburg in the day’s Opening Race in Vila Real, Portugal today 26th June. Catsburg, claimed his 5th podium of a remarkable first half of the season in his LADA SPORT ROSNEFT Vesta TC1 car to follow up his maiden victory for the team last time out in the Championship at the Race of Russia and sits comfortably in 3rd position in the World Championship standings after adding further points to his World Championship tally bringing home his Lada in 7th position in the day’s Main race.

With this result, the 8th podium of the season so far, the LADA SPORT ROSNEFT team continue to impress and progress with the Vesta which now has to be considered a contender for podiums every time it tales to the track, even here between the uncompromising barriers and carrying an unprecedented 70kg of “success ballast” an achievement in itself for the Russian manufacturer.

The weekend was less successful in some respects for the team’s other drivers Hugo Valente and Gabriele Tarquini although both delivered battling performances in each race without too much to show for there efforts, Hugo achieving a 9th place best in Main Race after a pit visit in Opening Race dropped him out of contention and Gabriele, who despite his best efforts and some combative overtakes on a track where passing is near impossible was never really able to recover from a disappointing qualifying result which saw his progression just fail to reach the points (p12 and p13 in races).

Team Boss Victor Shapovalov was very satisfied with his drivers performances and even more satisfied that his three cars were unscathed after 2015’s visit to the Vila Real track saw substantial damage “Today we can celebrate another trophy for the team and also celebrate that we still have cars to go testing with before the next round in Argentina. Nicky drove two very good clean races and the cars performed very well despite the heavy weight we carried from our victories in Moscow”.

Catsburg was delighted with his results and his form “After last year finished here with a heavy crash I am really pleased to finish both races and score another podium. Its crazy to think how much we struggled here last year compared to this year, the car has developed a lot. The races were tough with the temperatures being very high inside and outside the car and I was grateful that after some battles at the start with Tom Chilton in Opening Race and Mehdi in Main Race the laps were mostly uneventful and I was able to maintain a rhythm to get the car through to the finish without much trouble”

Hugo Valente was pleased overall and enjoyed a good second race “I got a great start in both races and made up places, two in Opening Race and an even better four in the Main Race as Nicky and Mehdi ahead caused some fuss that let me slide through into 9th from 13th position. After that I pushed as best I could but it is very hard to pass without a mistake from the car in front”.

Gabriele Tarquini who had a difficult weekend with his Lada Vesta has the experience to know that sometimes things don’t go as well as you would like in motor racing
“This was not really a good weekend for me. I was chasing the car the whole weekend and never really found a solution to issues we had. It’s time to look ahead to the next round in Argentina where hopefully things will be better”.

The team will now undertake a test and development program before the cars leave for the long journey to Argentina and the Termas de Rio Hondo circuit for the next round of the FIA WTCC on the 6th and 7th August 2016.