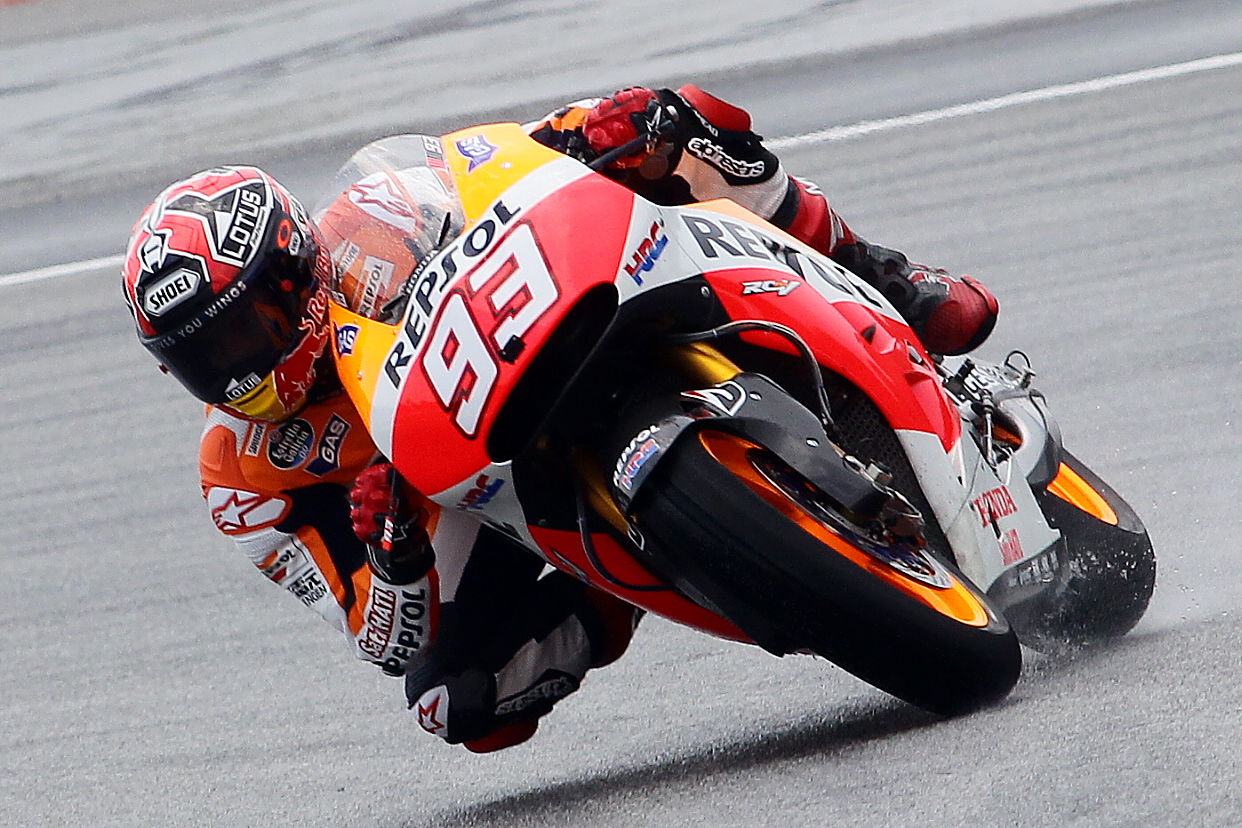 For the first time ever, Sepang International Circuit (SIC) is launching the tickets for its three international racing events – the Formula 1 PETRONAS Malaysia Grand Prix 2015 (27 to 29 March 2015), the eni FIM Superbike World Championship 2015 (31 July to 2 August 2015) and the Shell Advance Malaysian Motorcycle Grand Prix 2015 (23 to 25 October 2015) simultaneously, while also offering Super Early Bird advance ticket sales for these three major races at discounts as high as 60%. Tickets will be available for purchase at the Super Early Bird prices during the Shell Advance Malaysian Motorcycle Grand Prix 2014 weekend from 24 to 26 October 2014.

“Tickets for the upcoming Malaysia MotoGP 2014 have been doing well – our Main Grandstand (North) and F Grandstand have sold out weeks earlier compared to last year. Thus, we were inspired to open next year’s tickets for sale at extremely attractive Super Early Bird prices during the MotoGP Malaysia race weekend. With this, we also want to encourage motorsports fans to experience the variations in racing, and hope they will take the opportunity to not just watch MotoGP but also experience F1 racing and Superbike racing next year. International fans can also start securing their desired seats for next year, as we now have the dates for 2015 and more sales points internationally,” said Dato’ Razlan Razali, Chief Executive Officer of Sepang International Circuit.

During the Shell Advance Malaysian Motorcycle Grand Prix 2014 weekend from 24 to 26 October 2014, visitors to the Sepang Circuit will be able to purchase the Super Early Bird tickets online, simply by scanning the QR codes displayed exclusively at the Welcome Centre. Other than watching the Malaysian MotoGP race, fans of MotoGP, Superbike and F1 racing are encouraged to enjoy an outing to the Mega MotoGP Carnival to get the QR code for the Super Early Bird discount. Entry to the carnival is free and visitors will be able to browse more than 80 stalls featuring every kind of merchandise related to the world of racing. Be sure to have your smartphones, credit or debit card or PayPal accounts ready!

For the Formula 1 PETRONAS Malaysia Grand Prix 2015 taking place from 27 to 29 March 2015, Super Early Bird tickets will be sold at a discount of 60%, starting from RM113 for a F Grandstand ticket to RM709 for a Main Grandstand (North) Sapphire Class ticket.

For the eni FIM Superbike World Championship 2015 happening from 31 July to 2 August 2015, the Super Early Bird tickets are sold at a 50% discount, starting from as low as RM41 for a K1 Grandstand ticket to RM66 for a Main Grandstand (North) ticket.

Meanwhile, tickets for the ever popular Shell Advance Malaysian Motorcycle Grand Prix 2015, to be held from 23 to 25 October 2015, will be sold at Super Early Bird prices with a 50% discount, ranging from a starting price of RM41 for an F Hillstand ticket to RM151 for a Premier Roving ticket.

“Seeing the fans’ passion and anticipation for the upcoming race, we felt it was time to launch the 2015 tickets with a special reward for those who come to join us in experiencing the race live at the Sepang Circuit, and to cheer on their favourite racers. We have never before surprised our fans with such an exciting discount – it truly is a super early bird deal. Fans are urged to get their tickets now and guarantee their preferred seats for 2015. As tickets will be subject to GST once the tax is implemented in April 2015, this is all the more reason to grab your tickets now,” added Dato’ Razlan.

Pursuant to the race weekend, tickets for the three 2015 races will be sold at Early Bird prices beginning 27 October 2014, which will be announced soon.

International motorsports fans will be able to purchase tickets at the circuit on race week as well as at other ticket sales points located globally. To view the list of international ticketing venues, please visit www.sepangcircuit.com and search for your nearest location.