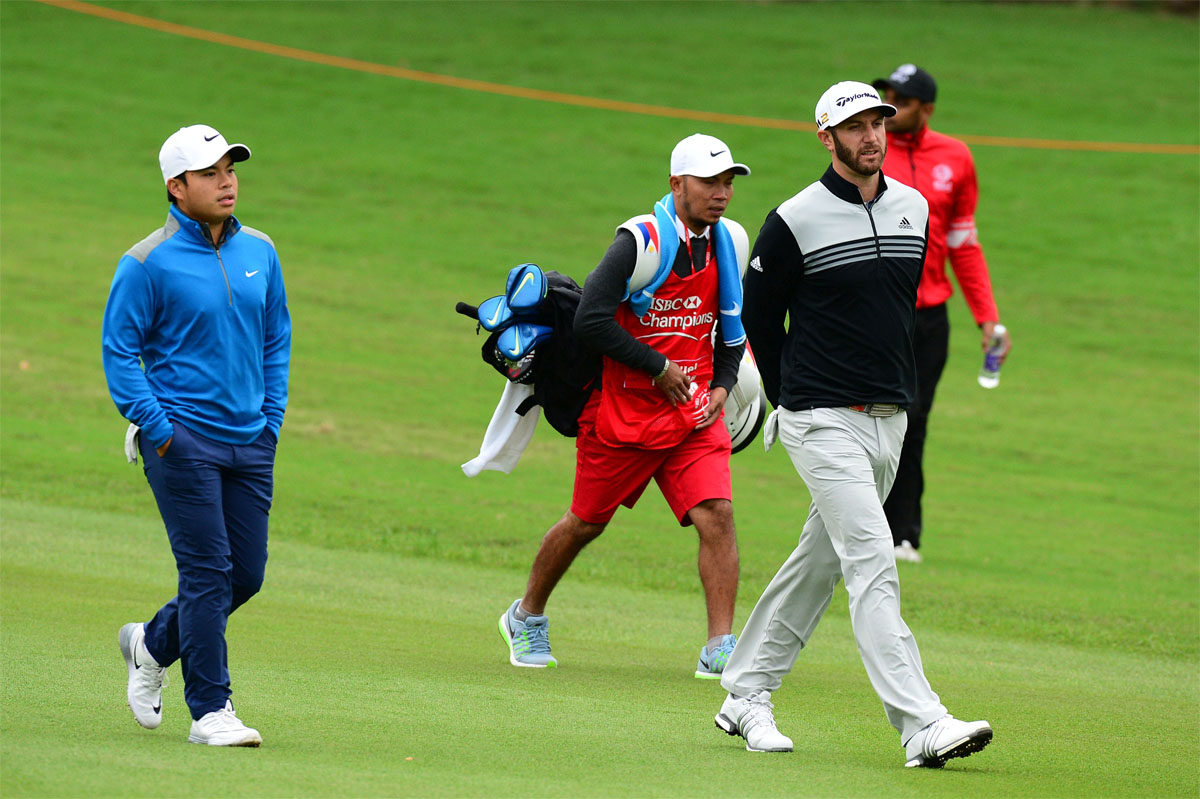 Philippines’ Miguel Tabuena enjoyed the company of American Dustin Johnson while returning with a third round even-par 72 at the WGC-HSBC Champions on Saturday. Tabuena, who is making his debut at the US$9.5 million Chinese showpiece after confirming his place as one of the leading players on the Asian Tour Order of Merit, was delighted to make a new friend with the world number two.

Ranked sixth on the money list, the 22-year-old was also pleased to tee up alongside some of the biggest names in the world of golf including his playing partner, Johnson at the Sheshan International Golf Club.

“It’s not every day where you get to play with the world number two. I had so much fun. We talked about his upcoming visit to the Philippines and I told him that if he needs anything in Manila, just let me know.

While the young Filipino may not command as much fan attention as Johnson in Shanghai, he has surprisingly gained an upper hand in the driving statistics over his more illustrious rival, who is well known for his big-hitting drives this week.

Tabuena’s average driving distance is 313 while Johnson has recorded an average of 302.2.

“I’m closing the gap (with the top players) and I feel like I’m slowly getting there and it’s a matter of time before I do so. I just got to believe in myself and continue to work hard,” said Tabuena.

After rounds of 72, 76 and 72, Tabuena is languishing in the wrong end of the leaderboard with his three-day total of four-over-par 220 in tied-55th position.

However, he prefers to look ahead to his final round at the WGC-HSBC Champions and end the week on a positive note.

“I had two bad holes so far, a triple bogey yesterday and double bogey today. But that’s golf and you got to accept whatever comes your way and get grinding. Hopefully I can play well tomorrow and cap a memorable week,” said Tabuena.

For more details on the WGC-HSBC Champions and all ticket information, please visit www.HSBCgolf.com/mens or follow official WeChat account: HSBCChampions