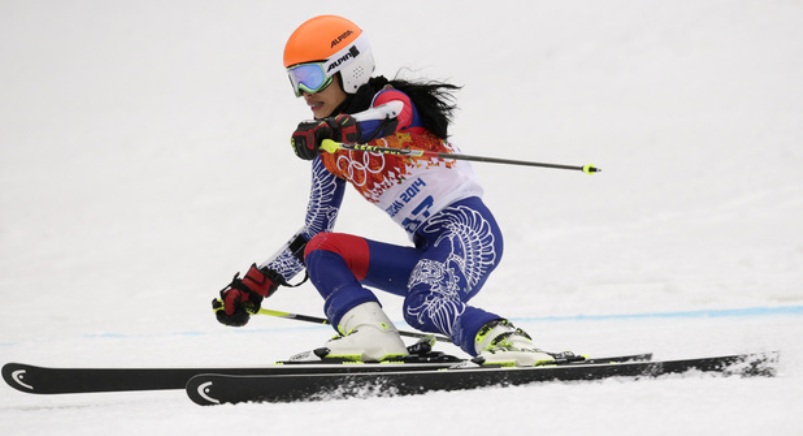 Thailand’s Olympic committee said it would be more careful about endorsing athletes Wednesday after former child prodigy violinist Vanessa Mae was banned from competitive skiing over her rigged entry into the Winter Olympics.

The 36-year-old music star became Thailand’s first ever female Olympic skier when she competed at the Sochi Games in Russia this year, coming 67th and last in the giant slalom.

But Mae, born in Singapore to Thai and Chinese parents, was Tuesday given a four-year ban from all International Skiing Federation (FIS) events over her “manipulated” qualification for the Games.

The FIS said that a hearing panel had established that Mae’s qualifying event, held in a blizzard in January in Slovenia, in southeastern Europe, was riddled with irregularities.

A senior member of the National Olympic Committee of Thailand (NOCT), who did not want to be named, told AFP that Mae and the kingdom would “have to accept and comply with the ban”.

“This could serve as a lesson for the NOCT to be more careful in its endorsements,” said the official of the body, which puts forward names to participate in the Games for the kingdom.

British-based Mae, who has sold millions of albums and competed under her father’s name Vanakorn, was given 21 days to appeal the decision.

The FIS said that the “manipulated” races on January 18-19 resulted in points calculations “that do not reflect the true performance of the competitors that participated … and in particular the points awarded to Vanessa Vanakorn”.

Two giant slalom races in the Krvavec resort on January 19 were recorded as involving a competitor who was not present, while someone else who fell over was placed second after having 10 seconds taken off her time, the FIS said.

In addition, weather conditions were so bad that no regular race could be held and “any comparable competition in Slovenia would have been cancelled”, according to the competition referee.