Home 2019 AFF U18: Fast and furious start to championship 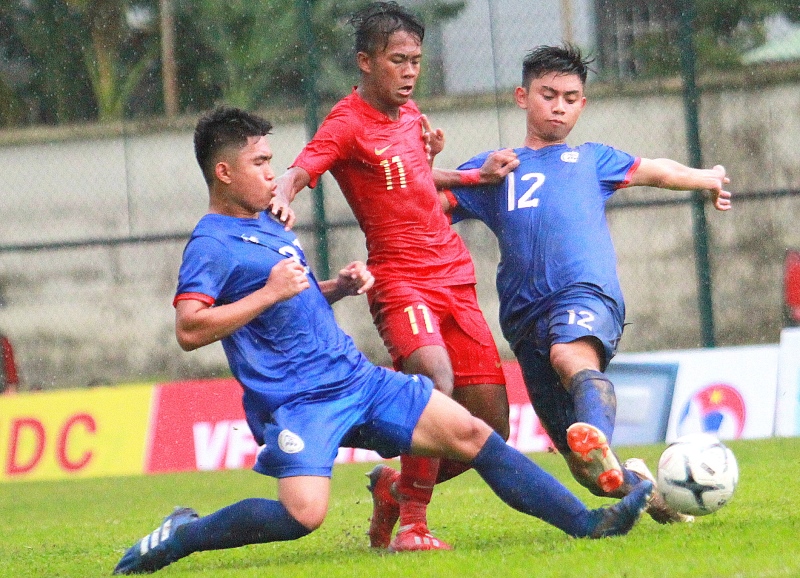 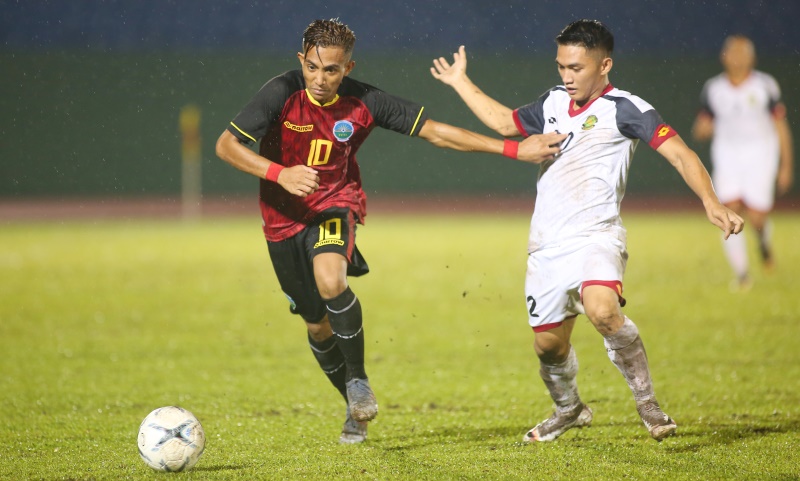 It was a fast and furious start to the AFF Under-18 Next Media Cup 2019 where a total of 21 goals were scored in the opening matches of Group A that was played here in Binh Duong.

Indonesia started the day with a 7-1 thrashing of the Philippines as Myanmar then followed it up with a 3-1 win over Laos.

Then later in the evening, Timor Leste beat Brunei DS 7-2.

“We had some fitness issues but the players fought hard for the win today and for that, I have to give them my appreciation. And also to the management of FFTL for their good support,” said Timor Leste head coach Andi Susanto.

Under wet and slippery conditions, Timor Leste were quick to settle down and they were duly awarded the first goal of the game when Expedito Conceicao latched on to a cross from Elias Mesquita, just twelve minutes in.

Timor were in firm control for much of the exchange as they then scored twice through Gumario Da Silva Moreira in the 32nd minute and then Dom Lucas Braz in the 45th minute for them to take a 3-0 lead at the half.

Brunei came out stronger after the break and they narrowed the gap to 3-1 with Muhd Aisan Md Aiman finding the back of the net from close.

Timor Leste were playing it defensive soon after that as Brunei grew in confidence with a handful of chances that should have seen better finish.

And when Muhd Aisan scored the second goal for Brunei in the 81st minute, it finally prodded Timor into action.

Quick response in the closing stages saw Timor knocking in four goals off a brace each from Mouzinho De Lima (82nd and 87th minute) and then Danilson Araujo (89th and 90th minute).

On the other hand, Indonesia made a smashing start with a 7-1 victory over the Philippines.

“It was definitely not an easy match where the players needed to control their temperament. I am glad that we picked up the points and finished the game with eleven players as we had started,” said Indonesia head coach Fakhri Hussaini.

In spite of the intermittent rain, Indonesia did not waste time to make their intentions known when Sutan Zico stabbed home a mad scramble in the third minute in front of the Philippines goal for the lead.

And by the time of the second goal off Muhammad Fajar Rachman’s dipping shot in the 15th minute, Indonesia were in full control of the game as they then added three more goals for them to take a 5-0 lead at the break.

Striker Aminuddin Bagus scored twice in the 16th and 24th minute as captain David Maulana was also on target with three minutes left of the first half.

With mostly players from the side that won the AFF U16 Championship last year in Surabaya, Indonesia were in no danger of losing the plot as they controlled the pace well and rarely allowed the Philippines to venture forward.

And while the Philippines did manage to reel a goal in the 66th minute off Alimar Ambong’s fabulous freekick, there was no stopping Indonesia from collecting the full points when they added two more goals through Mochammad Supriadi.

Supriadi’s first goal was an open header off a cross from Muhammad Fajar while the second was a pick up from a through ball. 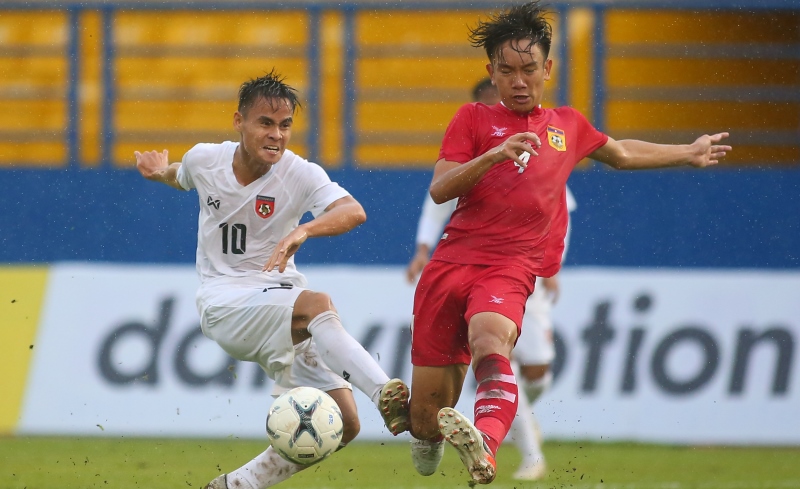 In the meantime, Myanmar were also on the winning trail when they beat Laos 3-1 at the Binh Duong Stadium.

In an evenly contested affair, Myanmar held the slight edge when they scored twice to take a 2-0 lead at the break, off goals from Saw Kyaw Ae in the 29th minute and then Wai Yan Soe in the 37th minute.

Laos started the second half on a bright note with Tee Sihalath finding the back of the net.

But a red card offense in the 83rd minute for Chony Wenpaseurth would weigh heavily against them as Myanmar then grabbed the chance to score their third goal of the game through Zaw Win Thein right at the end.

“The first match is always difficult. But we managed to pick up the full points and that is important,” said Myanmar head coach Soe Myat Min.