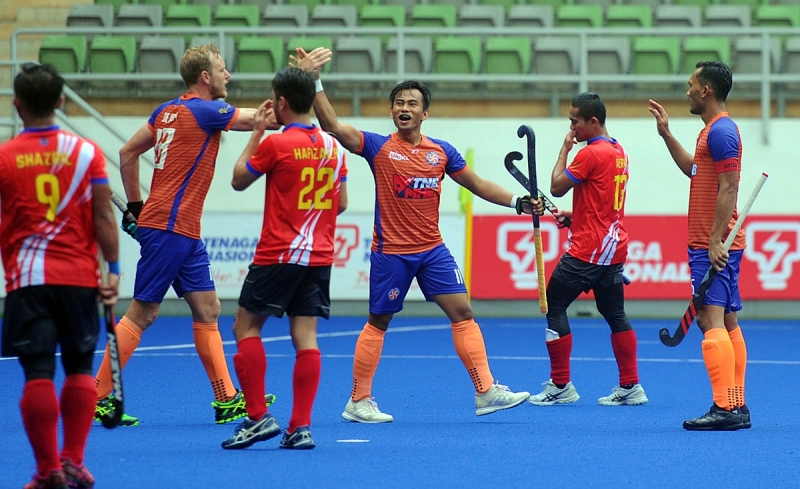 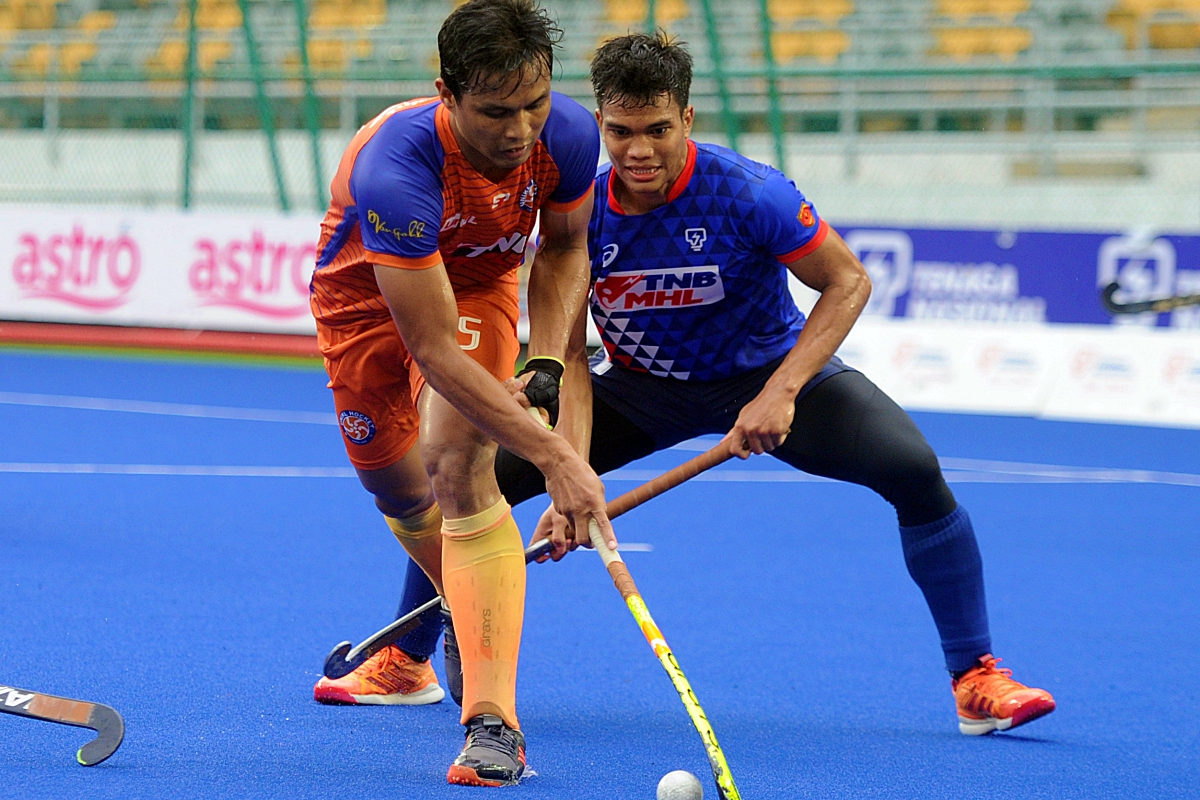 Universiti Kuala Lumpur stormed into Saturday’s final of the TNB Cup for the third consecutive year with a 2-1 victory over Maybank at the National Hockey Stadium tonight.

UniKL coach Arul Selvarajheaved a sigh of relief in this semi-final encounter and praised Maybank for giving them a tough match in preparation for the final. The Tigers, who lost 4-2 and 4-0 respectively in the home-and-away Premier League matches, were a transformed side today.

“Before I congratulate my players I wish to say that Maybank played one of their best matches in the tournament today. They are young, energetic and came very strongly at us. I must thank Maybank for giving us a good match and this helped us a lot in our preparation for the final,” said Arul in a post-match interview.

“It does not matter who we play in the final. THT are equally strong team. All I want is for UniKL players to take a good rest in the next few days. Keep their mind off this match and enjoy with their families and friends,” he added.

The first half produced a string of nail-biting finishes for UniKL and Maybank, more so for the Premier League champions.Despite the two sides’ attacking play, neither of the two teams managed to gain the upper hand in the first two quarters.

UniKL failed to make good use of three penalty corner attempts and all credit to Maybank goalkeeper Muhammad who produced his best to keep drag-flick specialist Muhammad Razie Abdul Rahim at bay.

But the 2018 TNB Cup champions, who claimed their maiden Charity Shield victory last month and clinched the Premier League title for the second consecutive year, came back strongly in the third quarter to punch a ticket to Saturday’s final of the TNB Cup.

Muhamad Razie converted a penalty corner in the 33rd minute and turned the tide around to UniKL’s advantage by converting a penalty stroke three minutes later as UniKL held a lead 2-0 going into the fourth quarter.

Maybank, however, threw everything to reduce the deficit and were rewarded in the 54th minutes through Adam AimanMamat’s penalty corner conversion.

That goal changed the entire course of the last six minutes of the match. Both teams went on attacking mode, Maybank in search of the equaliser to push the game into a penalty shootout while UniKLlooked to extend the lead.

However, nothing came out of the exchanges and UniKL thus qualified for their TNB Cup final since 2018. 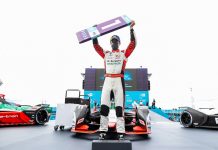 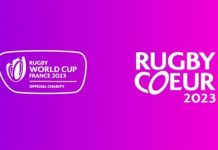