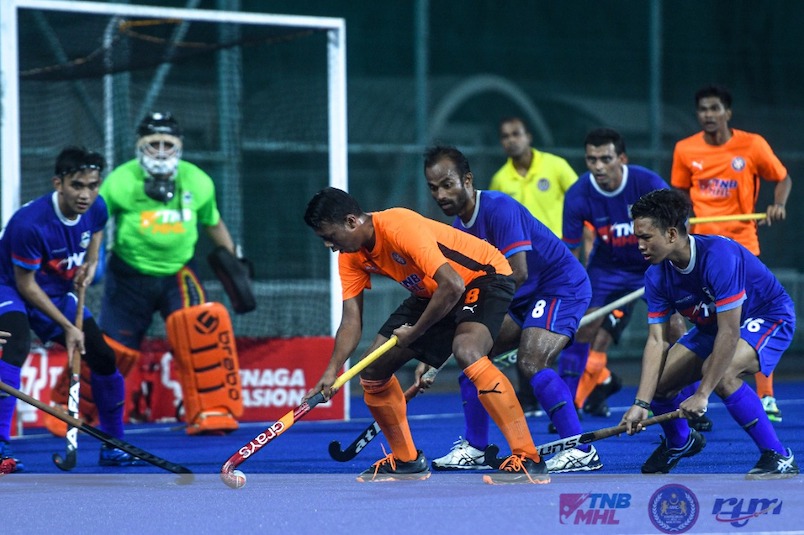 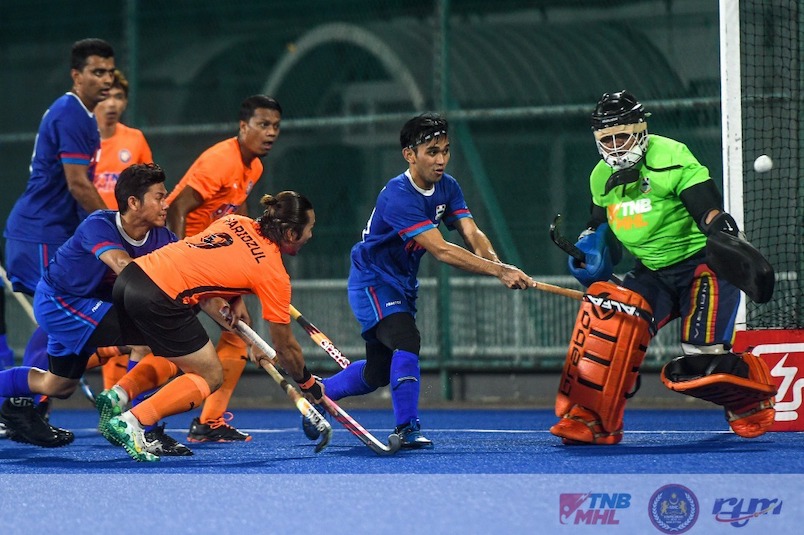 FOLLOWING an impressive outing with unblemished records and two titles in the bag, UniKL remain on course for their third and the big one – TNB Cup with hopes that complacency will not get into the minds of players when they take on Tenaga Nasional Berhad (TNB) tomorrow (28 March) at National Hockey Stadium.

In a repeat of the Charity Shield a fortnight ago, UniKL face TNB in the first semifinals of the TNB Cup challenge with coach Megat Azrafiq Megat Termizi remains wary of TNB’s threat despite having a better league record over the seven-time TNB Cup champion.

“The TNB Cup is a totally different ball game, a two-leg tournament which could go either way,” said Megat Azrafiq.

The slightest mistake and lapse in concentration could spell disaster and coach Megat Azrafiq needs no reminder that TNB will certainly be going all out to redeem their loss in Charity Shield and opening round match.

“We had it tough in our last League match against Maybank..we have two days to improve on our shortcomings and against TNB, we expect another tough ride,” said Megat Azrafiq who is bent on emulating Arul Selvaraj’s achievement of winning the treble last year. 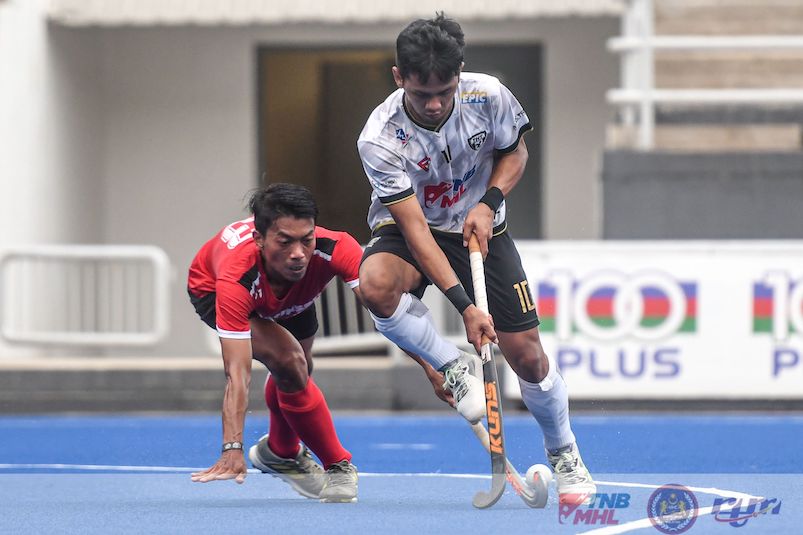 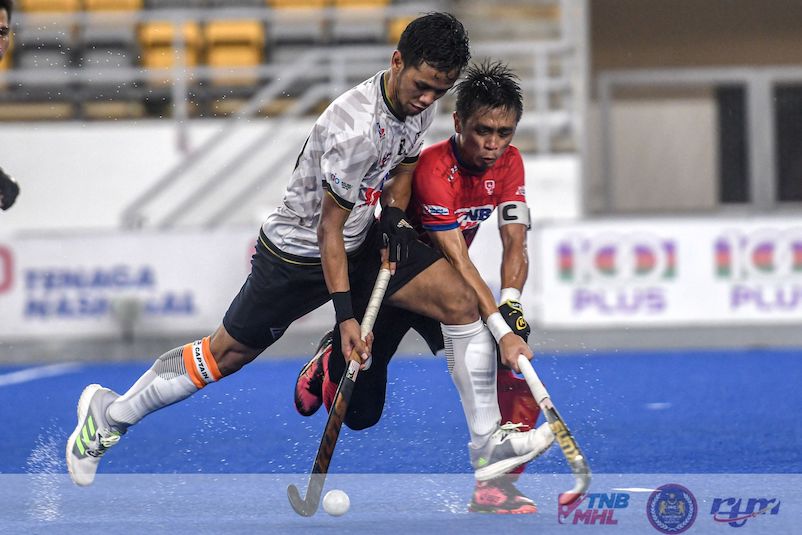 THT ALL FIRED UP FOR CLASH AGAINST MAYBANK

RUNNER-up THT were unlucky to have their chances of picking up their fifth league title blown away following UniKL’s slim win over Maybank in the last match.  Having lost 2-4 to UniKL in their league encounter, K.Rajan’s boys had to depend on the outcome of the UniKL-Maybank clash to decide their fate.

Facing Maybank, THT, the 5-time Cup winner who last won in 2019, will be looking to repeat their 4-2 League win over the Maybank. This time around, with the two-leg semifinals, things could go either way with a resurgent Maybank team showing great improvement in their last match which saw them unlucky to get the better of UniKL.

The fact that leading scorer Faizal Saari (14 goals) is now on-form could prove vital for THT and coach Rajan is hoping that the players remain sharp in their finishing.

“Yes, it’s definitely not an easy tie but the win against TNB in the last match has lifted the players’ spirit and motivation to do well in Sunday’s Cup encounters,” said Rajan.

“Faizal continue to find his scoring touches and this certainly augurs well for the team and my players will go all to get into the final,” said Rajan. 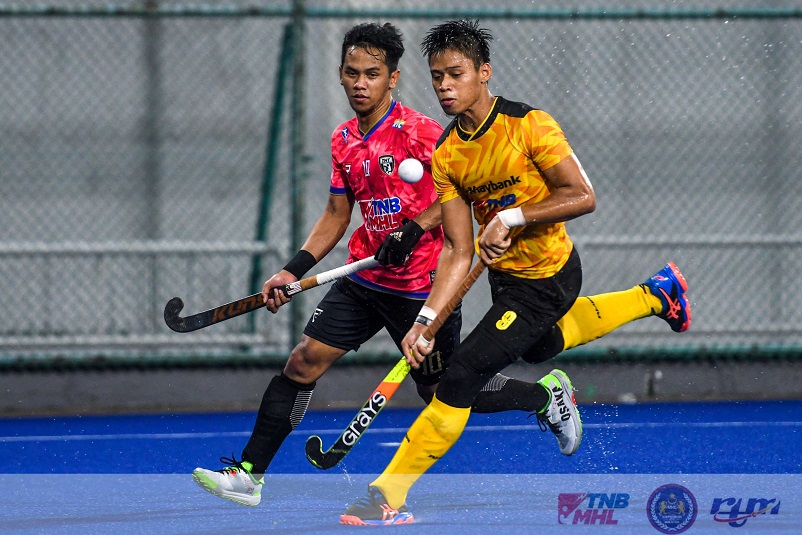 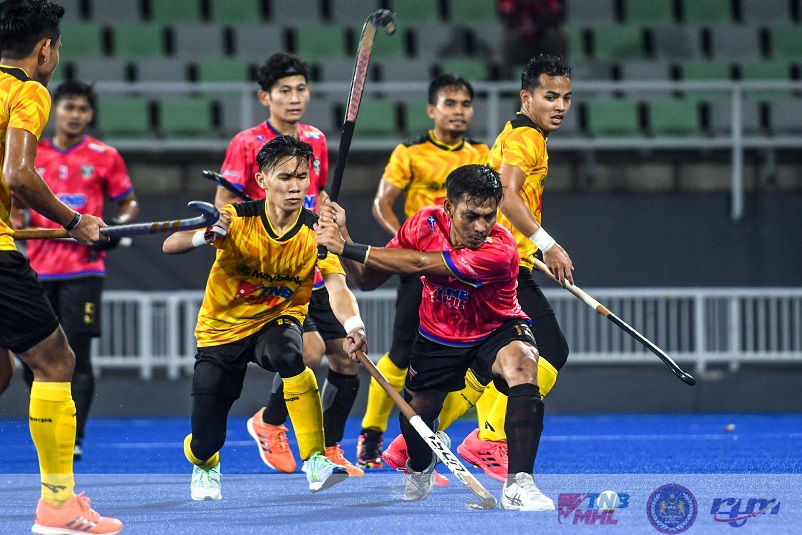 Despite the huge disappointment of losing their last league’s match, Maybank coach Azrul Effendy Bistaman remained optimistic that his charges will rise to the occasion when it matters most.

“As we’ve seen in the match against UniKL, we gave them a torrid time. We play with a good structure, had our chances, attacking and defending well but unfortunately, luck was not on our side,” he said.

Going by their current performance, Maybank could prove their critics wrong although the prospects of progressing to the finals look daunting as the team had lost to both THT and UniKL in their league ties.

“We’re working hard to overcome our shortcomings. Hopefully, we will be able to display the same kind of spirit, commitment and game plan when we take on UniKL tomorrow,” said Azrul. 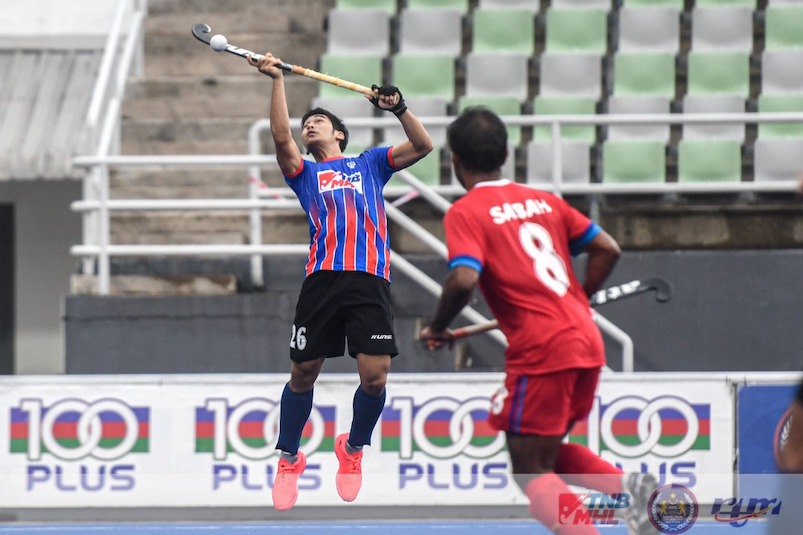 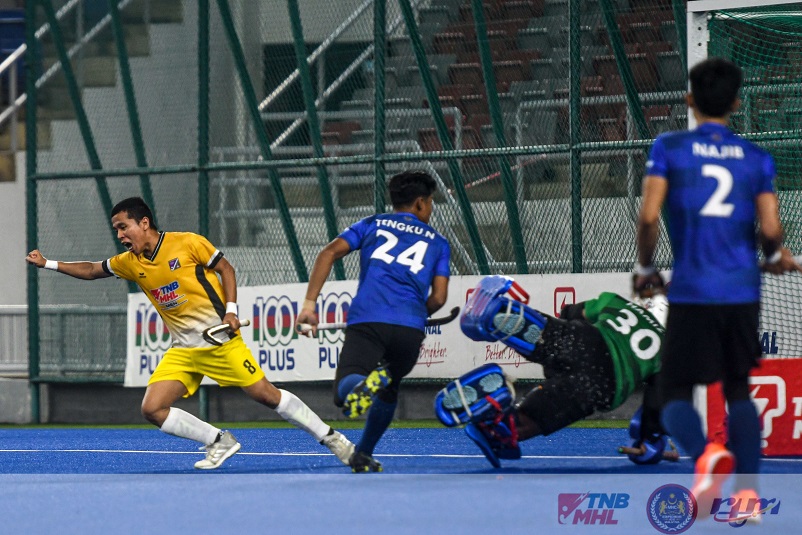 DO OR DIE FOR TNB

It’s a do or die mission for TNB as they seek to lay their hands on the last trophy in contention. The team, under the tutelage of former international Nor Azlan Bakar, had, prior to the start of the league, set a target of winning all titles this season but found themselves with none thus far.  The team were unlucky to have lost the Charity Shield at the hands of UniKL via penalty shootouts.

Dropping points after drawing level 1-1 and 0-0 to Maybank and UiTM respectively led to their fall and losing 1-4 THT in their last match made matters worse.

“The pressure to deliver is immense. We need to rise to the challenge and do whatever we can to ensure that we’ll be in the final on April 3. Since it is a two-leg tournament, the approach will be different and we will come up with game plans which suit that format,” said Nor Azlan.

TNB are regarded as one of the country’s hockey powerhouses with high success rate which include lifting the TNB Cup seven times since 1987.  They last won the Cup in the 2009-2010 season.

It’s redemption time as they prepare to take on champions UniKL who denied their hopes in the Charity Shield through penalty shoot-outs.

The encounter against UniKL provides TNB with a chance to redeem themselves after losing to the champions in the Charity Shield match through penalty shootouts.