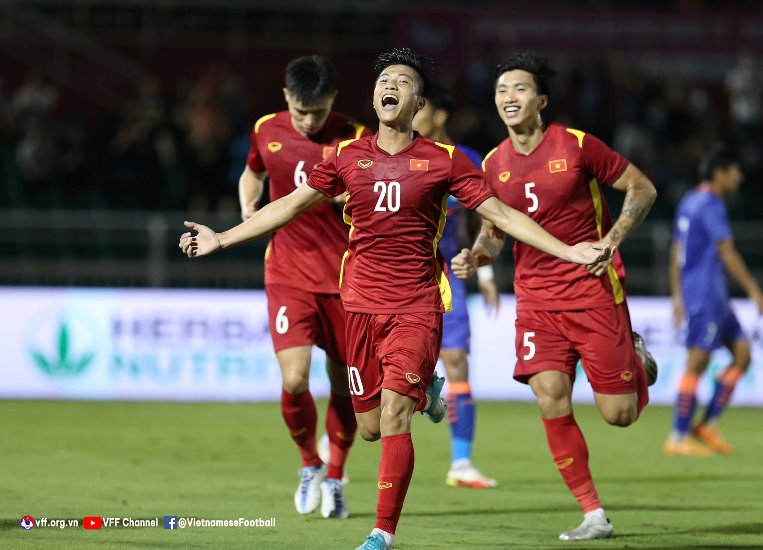 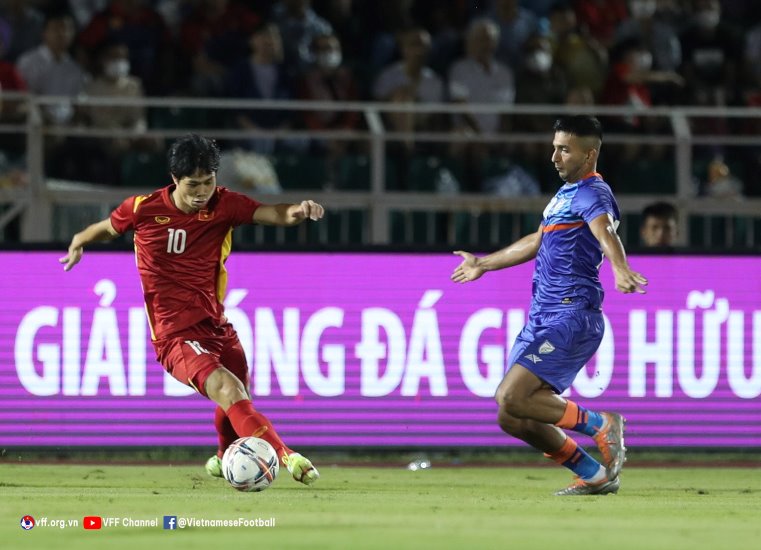 Vietnam were crowned champions of the Hung Thinh International Friendly Tournament 2022 following their 3-0 win over India at the Thong Nhat Stadium.

Making ten changes to the side that beat Singapore earlier, Vietnam were still too formidable when they prised open the lead after just ten minutes when Van Duc smashed in a failed clearance from Indian goalkeeper Sandhu Singh.

Several substitutions into the second half gave Vietnam more confidence and in the 49th minute, they doubled the advantage when Van Toan punished a defensive mistake to score.

Nguyen Van Quyet then put the finishing touch on a fine evening for Vietnam with the third goal of the game in the 71st minute off a cross from Viet Anh.