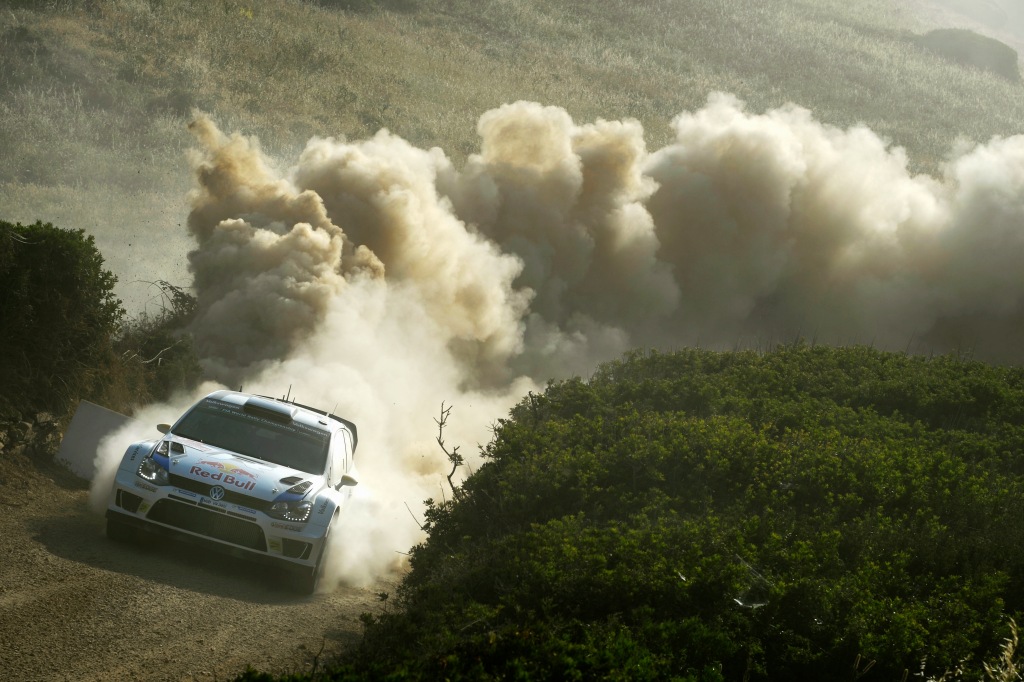 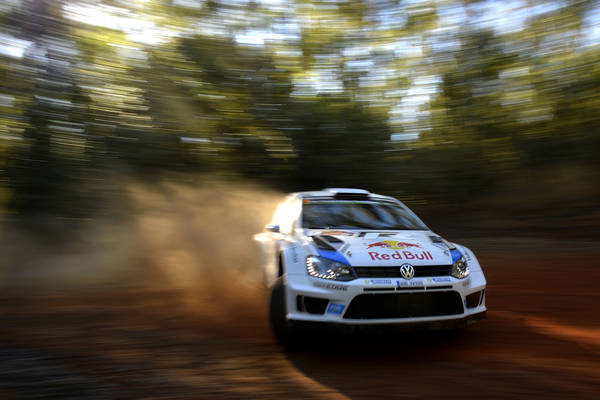 Champ vs. Challenger: Ogier out to wrap things up, Latvala to set up super finale

Will it all be done and dusted? Or are we set for a super finale? The title race in the Drivers’ and Co-Drivers’ Championship enters the finishing straight at the penultimate round of the FIA World Rally Championship (WRC): the Rally Spain (23.10.–26.10.). The spotlight at the 12th of this season’s 13 rallies will be on the Volkswagen pairings of World Championship leaders Sébastien Ogier/Julien Ingrassia (F/F) and second-placed Jari-Matti Latvala/Miikka Anttila (FIN/FIN). The formula for success is simple for the remaining two contenders for the WRC crown: whoever finishes ahead of their closest rivals will have achieved their major goal for the rally.

If defending champions Ogier and Ingrassia score one point more than their only challengers Latvala and Anttila, the Driver and Co-Driver titles will be theirs. However, should Latvala/Anttila finish ahead of their team-mates, the stage will be set for the ultimate in grand finales three weeks later at the Rally Great Britain. And then another aspect comes into play, which would only ever be possible in the battle for the World Championship title: Latvala/Anttila have surreptitiously become huge fans of Andreas Mikkelsen/Ola Fløene (N/N). Were the pair currently third in the World Championship to finish ahead of Ogier/Ingrassia but behind the Finnish duo – as they did in Sweden and most recently in France – that would increase Latvala’s chances of ending the season as World Champion. However, Mikkelsen/Fløene are not there to do their Nordic colleagues any favours: after five podiums in a row, the Norwegian pair are hungry for their maiden victory.

“I have never felt such a huge desire to win among our drivers and co-drivers since we first entered the World Rally Championship with the Polo R WRC,” said Volkswagen Motorsport Director Jost Capito. “Any one of them can make history if they are successful. Sébastien Ogier and Julien Ingrassia could wrap up their second World Championship title in a row – preferably with a win. In contrast, Jari-Matti Latvala and Miikka Anttila are looking to keep the title race alive – again, preferably with a win. With five top-three finishes to their name, Andreas Mikkelsen and Ola Fløene have already far exceeded their goal of bringing three podiums to Wolfsburg this season. However, they too have their sights set on bringing their fabulous season to a perfect end – preferably with a win. As a team, you cannot wish for greater motivation ahead of the Rally Spain. We are looking forward to a real showdown.”

Postponed, not abandoned – that is the motto, under which Sébastien Ogier and Julien Ingrassia travel to the Rally Spain. Having missed out on the Moët (champagne) and instead had to settle for Murphy’s (as in ‘law’) at their home rally in France, they now have their sights set firmly on achieving their goal of successfully defending the title in the Drivers’ and Co-Drivers’ Championship in Spain. And one single point could just prove to be enough. Ogier/Ingrassia need to score just one point more than their team-mates and fellow title contenders Latvala/Anttila to ensure the title remains in French hands.

It will be no easy task, however. Both Ogier/Ingrassia and Latvala/Anttila have shown their class on gravel and asphalt recently. The Rally Spain is the only event on the WRC calendar to feature roughly the same number of kilometres of special stage on both surfaces. The two leading duos in the overall standings will be faced with virtually identical conditions. Ogier/Ingrassia will open the route on the gravel of day one, with Latvala/Anttila directly behind them as the second World Rally Car onto the roads. The very same duel thrilled Spanish fans 12 months ago, when Latvala led after the opening two days, only to see his lead melt away on the final day, as his role as first man on road left him with no option but to sweep the gravel roads for his rivals behind him. The spectacular final-day showdown in 2013 did yield the first of nine Volkswagen one-twos in the history of the
Polo R WRC.

Win or bust, part two. After Jari-Matti Latvala and Miikka Anttila made history at the Rally France in becoming the first Finnish duo to win an all-asphalt event for almost 15 years, closing the gap on title rivals Ogier/Ingrassia in the process, the Finns now face an equally challenging task in Spain. Latvala must finish ahead of Ogier – the further in front he finishes, the better for his World Championship chances. Only a win will really help the challenger significantly. He currently trails the defending champion by 27 points, with a maximum 28 up for grabs for a driver/co-driver duo at any individual rally. If things run in Latvala’s favour and against Ogier, the Rally Great Britain will provide the backdrop for a dream finale.

The longest winning run in the history of the World Rally Championship (2013 and 2014). The most wins in a row in one season (2014). The largest margin of victory by any brand in the Manufacturers’ Championship (2013). Volkswagen been breaking and equalling records ever since the Polo R WRC made its first appearance at the 2013 Rally Monte Carlo and throughout its dominant seasons in 2013 and 2014. The team from Wolfsburg now has a great opportunity to add another footnote to its success story. Should Volkswagen win one of the season’s remaining two rallies in Spain or Great Britain, it would equal WRC rival Citroën’s record for the most victories in one season. Citroën set this benchmark of eleven victories in one World Championship year in 2005, when the WRC was held in 16 countries, and 2008, when the calendar consisted of 15 rounds.

Flat out for the big goal: Andreas Mikkelsen in ‘all or nothing’ mode

He has already exceeded his goal for the 2014 season. Now comes the fun part, at full throttle. With five podiums, including two runner-up finishes on ice and snow (Sweden) and asphalt (France), Andreas Mikkelsen has far surpassed the hopes many had of him this season. The final two rallies in Spain and Great Britain now present him with an excellent opportunity to set his sights on a maiden victory in the World Rally Championship. The Norwegian duo has already secured an outstanding third place overall, behind their team-mates in the Polo R WRC.

The best the sport of rallying has to offer over three days: the Rally Spain presents drivers and co-drivers with a vast range of challenges. The rally opens with the short 3.2-kilometre “Barcelona” special stage on the slopes of the Montjuïc hill above the Catalonian metropolis, with the site of the 1992 Olympics forming a spectacular backdrop. The twelfth round of the World Championship then shows its true character on the Friday. This is the day for the gravel experts, with every stage covered in a fine layer of gravel, which is gradually swept clear with every World Rally Car that passes over it. A typical example of the challenges facing the drivers is the “Terra Alta” stage, which features five changes in surface and an asphalt section in the middle.

Having completely modified the World Rally Cars to their asphalt specifications for Saturday, the 50-kilometre “Escaladei” stage forms the rally’s longest special stage. Every kilometre here has played a role in the history of the Spanish round of the World Rally Championship. On Sunday the focus of the many fans will be on the “Riudecanyes” stage, which forms the Power Stage when the drivers return to tackle it at the end of the second loop. The rally has made the two roundabouts on this section of the route famous in Spain. It goes without saying that one of them must be taken with a complete “donut”. Narrow, winding uphill sections are also a dominant feature of this iconic special stage. The Rally Spain demands finely-tuned buttocks and an excellent sense for the perfect line on the narrow, winding asphalt roads.

The Rally Spain marks the first big anniversary for the Polo R WRC: this is the 25th appearance in the FIA World Rally Championship (WRC) for the 315-hp World Rally Car from Wolfsburg. It’s record is something of a fairy tale: the four-wheel drive powerhouse currently has 20 wins and 38 podiums to its name. The Polo R WRC has won exactly 70 per cent of the special stages it has raced on – that is 313 of a possible 446. It has also made a staggering 717 appearances in the top three at the end of a special stage. And the Polo R WRC has also dominated the Power Stage, on which bonus points in the Drivers’ and Co-Drivers’ Championship are up for grabs for the top three crews. Of the 23 Power Stages contested so far, 17 have been won by a Volkswagen Polo R WRC. In total, the works duos have finished in the top three and picked up extra points on 41 occasions.

Quotes ahead of the Rally Spain

Sébastien Ogier, Volkswagen Polo R WRC #1
“We had a hapless time at our home rally in France. We have a lot to atone for, so I am even more motivated to do well at the Rally Spain. Julien and I had the opportunity to defend our title in France, but unfortunately it did not work out that way. However, I am absolutely convinced that we will defend our title in Spain. We won in Spain last year, and I feel fantastic. I have been doing a lot of exercise and am top fit. We are also testing our new tyres in France. We drove on them in France, and they did make us faster on some of the special stages. However, the conditions are completely different in Spain. The test in Spain will give us extra confidence.”

Jari-Matti Latvala, Volkswagen Polo R WRC #2
“I am looking forward to the Rally Spain, as I really like it. We are still in with a chance of winning the World Championship. I have never been in this situation with two rallies to go. The first day is on gravel, the other two on asphalt. I think it could be an exciting duel between Sébastien Ogier and me. As long as I still have a chance I will keep on fighting. The surface is relatively hard on the gravel stages, but is covered by a fine layer of loose gravel. The road sweeper effect is particularly potent here. That could give me a slight advantage. On the other hand, the dust in the air could impair my vision. Whatever happens, the characteristics of the route suit me. I like the rally and we have a good set-up for gravel and asphalt, with which I am very comfortable.”

Andreas Mikkelsen, Volkswagen Polo R WRC #9
“I head to Spain relatively relaxed, as my second place in France was enough to secure third place in the overall standings. The result in France was important for me, as it relieved a little pressure. That will certainly help me in my quest to finally claim my first win in the World Rally Championship. I will probably take a few more risks to achieve my next goal. I have finished second on two occasions this season, and am closing in on win number one. If it does not come off in Spain, then hopefully in Wales at the latest.”