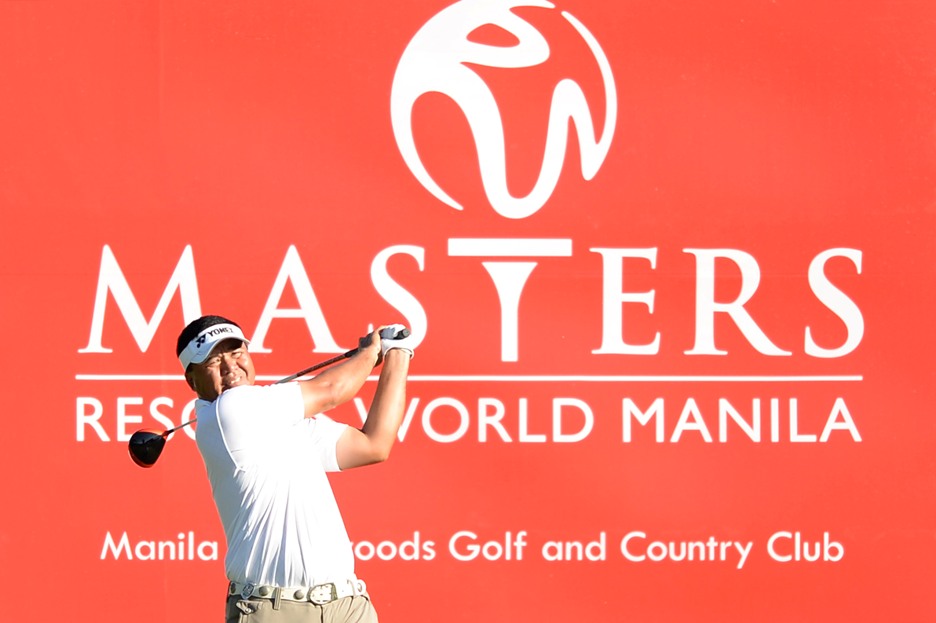 The 19-year-old Wang nailed nine birdies against two bogeys for a two-day total of 11-under-par 133, matching the efforts of Mardan, who signed for a 68 at the Manila Southwoods Golf and Country Club.

Reigning Asian Tour Order of Merit champion Kiradech Aphibarnrat of Thailand was two shots back in third place following a 69 while Malaysia’s Danny Chia and Englishman Steve Lewton shared fourth on 137 at the richest golf event in the Philippines.

Hung Chien-yao of Chinese Taipei, Malaysia’s Nicholas Fung and Japan’s Daisuke Kataoka, who was the co-overnight leader, were amongst those sharing sixth place on 138.

Wang, who lived in the Philippines for six years and won the 2011 Philippines Amateur Championship, credited some luck and a hot putter for his propelling him into the lead for the first time in an Asian Tour event.

“I have a lot of lucky shots. On my first hole at the 10th, my shot was going out of bounds but it hit the camera tower and bounced into play. I will try my best again tomorrow and hopefully I can keep it going. I have played here a couple of times last year so I’m pretty familiar with the course,” said the Korean, whose family moved to Manila to help in his golf career due to the cheaper costs to practice.

“I changed my putter last week and it’s working well. I am very nervous to be in the lead actually. I will play safely and try to stay out of trouble.”

Mardan was one over par through 12 holes before brilliantly sinking five birdies over his closing six holes to give himself a chance of winning a fourth Asian Tour victory and save his Tour card.

“I told myself to stay patient and I managed to finish well. I knew I had to keep to my pace to stay in contention and I managed to do it,” said the 47-year-old veteran, who is in 74th position on the Order of Merit.

The Singaporean swinger said the birdie on six from close range helped him finish strongly. “I hit good iron shots and my putting got better on the back nine. My longest putt was on the seventh hole from about 20 feet. The birdie on sixth actually got my momentum going. I hit a four iron to about two feet and I regained my confidence from there,” he said.

Big-hitting Kiradech paid the price for being overly aggressive on the par five 18th hole which cost him a bogey and dropped him two shots off the lead.

“It’s not a bad position but I’m not happy with my finish, finishing with a six which I’m quite upset. I couldn’t get up and down from about 15 yards with the third shot. It wasn’t good. My caddie asked me to lay up … it wasn’t sitting in a good lie but I was trying to hit it as close as possible to the green and get up and down for birdie to tie for the lead,” said the 25-year-old.

Lewton, who claimed a breakthrough Asian Tour victory at the Mercuries Taiwan Masters in October, was relieved to regain some good form after missing three of his last four cuts. “I got off to a really good start and putted very nicely. I missed a few birdie chances but managed to pick up on seventh and eighth,” said the tall Englishman.

Local veteran Antonio Lascuna emerged as the highest placed Filipino following a 71 to trail by the leading duo by five on 139 in tied 11th place while defending champion Liang Wen-chong of China recorded a second straight 71 to sit in tied 29th position.

The halfway cut was set at 145 with 66 players moving into the last two rounds.

Scores after round 2 of the Resorts World Manila Masters being played at the par 72, 7,337 Yards Manila Southwoods GcC course (a- denotes amateur):