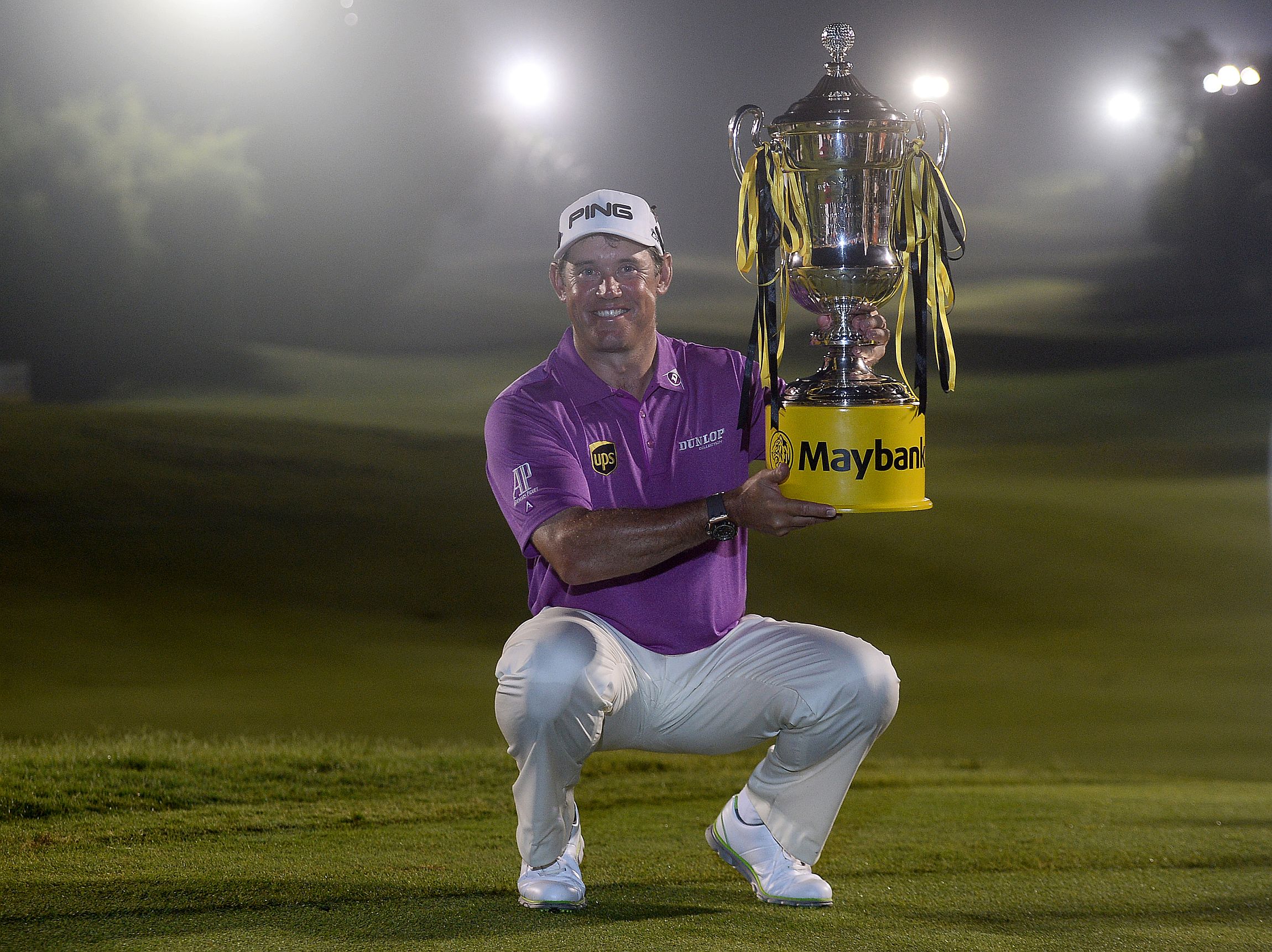 WAITING for more than four hours for play to resume in today’s final round was a breeze for Englishman Lee Westwood who had patiently waited about two years to end his title drought. Westwood, whose last win was the 2012 Nordea Masters in Sweden, was comfortably leading by four strokes when play was suspended due to lightning at 12.47 in the afternoon.

When the fourth round restarted at 5pm, Westwood quickly stormed to two more birdies on the 10th and 13th holes to extend his lead to six strokes, virtually ending any hopes of a late fight from any of his opponents. He showed just why he was a worthy winner today when he sensationally birdied the last hole to lift the trophy by an awesome seven strokes.

This was the former world No.1’s second Malaysian Open crown since he last won it in 1997 at the Saujana Golf and Country Club. For his tremendous efforts this week, Westwood pocketed USD 458,330. 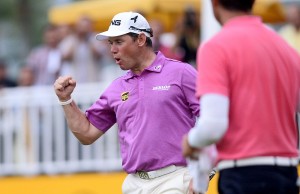 Westwood signed off with a four-under 68 today to complete the four rounds with a score of 18-under 270. Currently ranked number 36, Westwood opened his campaign here with a sizzling seven-under 65 in the first round. He followed up with a six-under 66 and a one-under 71 on the third day.

His compatriot Danny Willet was second today at 11-under while South African Louis Oosthuizen and Austrian Bernd Wiesberger shared the third spot at 10-under.

In his interview after being presented with the trophy, Westwood said: “Yes this win has come at an important time. I’ve started working with a new coach and Billy Foster came back on my back at the end of last year. I’m going back to what I’ve done before because it works. It is starting to work already. I played well in Houston and in the Masters. Obviously I played really well this week.”

The win has also given Westwood hope that he is slowly but surely regaining the form that saw him rule the game. “My game now has the potential to get close (to his game when he was world number one) only now I feel I got a short game and I’m starting to roll a few putts in. It makes a lot of difference when you can make up-and-down to keep the momentum going.”

“I think any professional who plays on any Tour wants to play in the Ryder Cup. I’ve always been proud to represent Europe. Living in Florida has prepared me for Asian weather!”

Scores after round 4 of the Maybank Malaysia Open 2014 being played at the par 72, 6967 Yards Kuala Lumpur Golf and Country Club course (a- denotes amateur):